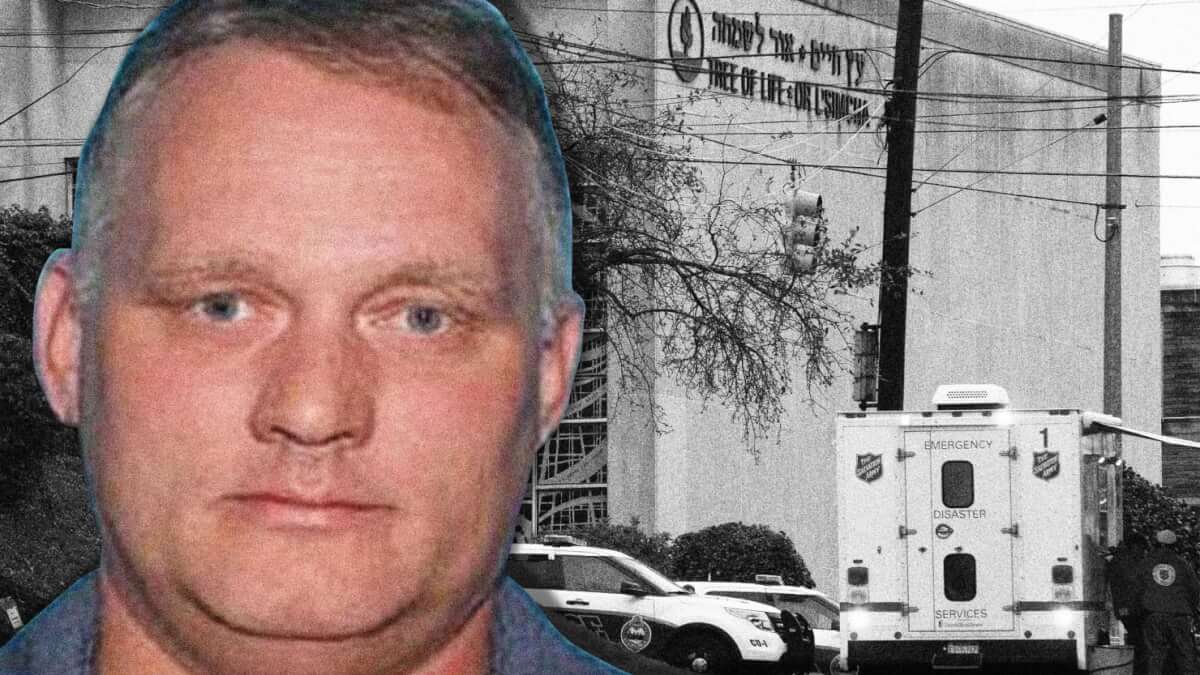 The claim that the mass murder of worshippers at a synagogue in Pittsburgh was the product of Republican discourse on immigration and citizenship is a cynical ploy to use the trauma to bar conservative positions from the public sphere. An anti-Semitic massacre does not preclude the legitimate positions of an incumbent administration. This attack was triggered not by current political discourse but by the fusion of rabid Jew hatred and a propensity for violence – a combination that unfortunately existed long before the founding of the US.

An explanation for the anti-Semitic massacre in Pittsburgh gained momentum very quickly: that it was a product of Donald Trump’s Republican discourse in general, and his attitude towards immigration and refugee policy in particular. This is a cynical exploitation and politicization of trauma and loss.

We are apparently meant to believe the murderer was a “weakened social link” whose anti-Semitism was legitimated in his mind by the rhetoric of the president. He was supposedly egged on from above, in other words. The “words can kill” message is being employed by the media to take direct aim at Republican policy positions.

Conservative positions concerning identity, nationality, citizenship, the distribution of resources, the rule of law, and internal security are now labeled “populist,” and anyone holding such views is expected to feel ashamed of himself. Jews in particular who hold such views are being told to do some soul-searching, as if it was they who gave the green light to a mass-murdering extremist.

What is the difference between this argument and blaming a woman who dresses in revealing clothes for her own sexual assault? The two arguments are fundamentally the same. The rapist is absolved of responsibility, and it is shifted onto the victim. If a woman chooses not to conform to externally dictated dress norms, so the argument goes, then she has only herself to blame if she ends up in the trauma room of an emergency ward.

Proponents of the “Republican guilt” line regarding the Pittsburgh synagogue massacre would do well to consider this analogy. Rape is not an expression of sexual attraction. It is an expression of domination and violence. It occurs in vehicles, toilets, and bedrooms, just as it occurs on the battlefields of Africa, the Middle East, and Eastern Europe as a tool of warfare, humiliation, and violent subjugation. Similarly, this anti-Semitic murderer did not target Jews because of their political positions, let alone those of the American president. There may well have been an intelligence or security failure here, but it is absurd to declare that it was the views of the White House and, indeed, of many American voters that drove this murderer to attack his victims.

In Israel, too, there were those who jumped on the blame wave and gave it a local spin. “The massacre took place near the anniversary of Rabin’s murder,” wrote a leading Haaretz commentator.  He acknowledged that the murderer in Pennsylvania considers President Trump soft and disapproves of him, but pointed out that both the shooter and the recent attempted mail-bomber targeted Democrats “in the atmosphere of fear, loathing, and xenophobia that flourishes in Trump’s polarized era.”

The writer’s most cynical and offensive move is to twist the mass murder to make a statement about internal Israeli politics. He states that the Jews of Pittsburgh are being comforted by an Israeli government “whose values ​​are ultimately closer to those of the murderer than to the Jews he murdered.” This is no longer a populist whip, but pure anti-Semitism: the Jews are to blame for their own murder. The writer is claiming that the Jewish state of Israel, the state that produces representative Jewish discourse, encourages racism and provokes a violent culture war.

In recent years, the discourse of the Israeli government has been blamed for a host of shocking phenomena. The climax was during the recent wave of terror, when it was asserted that many of the murderers had set out to slaughter Jews because of their “understandable” frustration at the “lack of a political horizon.” This charge is now echoed by the accusations of liberal Americans linking the massacre in Pittsburgh to Trump’s statements.

After the Rabin assassination, it was claimed that the murderer had been inspired by the right-wing opposition, which had not done enough to denounce its more marginal elements. Now the argument is that the violence is a direct product of the legitimate discourse of a democratically elected leadership. This is tantamount to saying that the hands of every voter who supported the current administrations in either the US or Israel are covered with blood, and that those voters should be punished in upcoming elections. It is to be hoped that American voters, whose midterm elections are next week, will dismiss this thinking as shallow and dangerous.

This article was published in Hebrew in Israel Hayom on October 10, 2018.

Prof. Udi Lebel is a Research Associate at the Begin-Sadat Center for Strategic Studies and an Associate Professor at Ariel University.