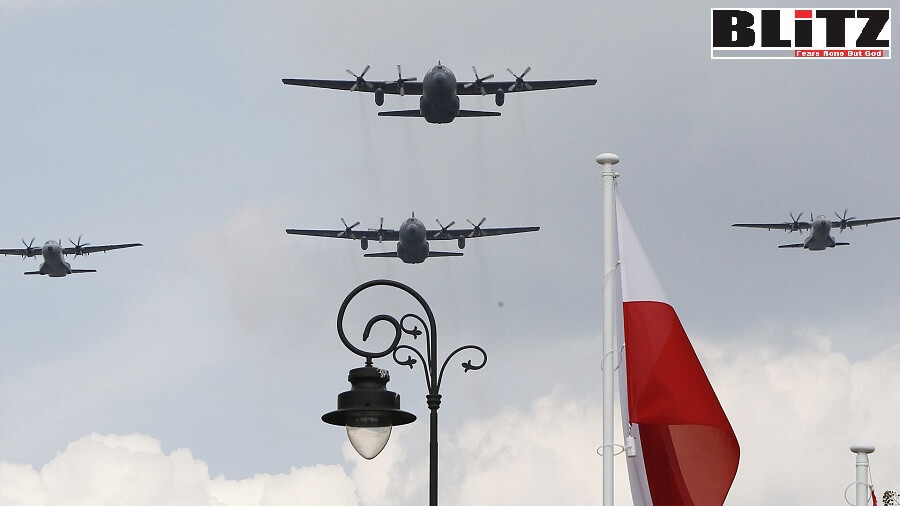 The overall picture on the issue of payment for gas for rubles by unfriendly European countries has not yet been fully clarified: information on different companies and even states is contradictory. With the exception of two countries that have already refused to pay in rubles and where gas supplies have been suspended, these are Poland and Bulgaria.

Recall that Poland ‘s long-term contract with Russia expires at the end of 2022. The country has previously announced that it will not extend it. Therefore, Warsaw ‘s decision can, it would seem, be interpreted simply in the context of the early termination of an already expiring treaty. The question remains: what will Russian gas be replaced with? The gas balance of Poland is known, although the exact figures may vary slightly from year to year. But on average, they are as follows: about 20 billion cubic meters per year of consumption, of which four billion are domestic production, ten billion are Russian gas under a contract, and the rest is LNG from its own terminal.

Accordingly, according to the plan, Russian gas should be replaced with fuel from the Baltic Pipe gas pipeline under construction, which will be launched in autumn 2022 and which (in theory) should bring Norwegian gas to Poland. Note that since Norwegian gas production is not growing, the total supply for Europe from this country will remain the same in any case. We are talking only about the redistribution of supplies within the EU. But the question is whether the entire required volume of Norwegian gas (ten billion cubic meters per year) or only part of it will actually get into the new Polish gas pipeline. That is, the risk of a shortage of gas for Poland was before, it just happened not in winter, but now. But the expectation of Warsaw to refuse the contract is understandable. “In which case,” Poland planned to continue to receive Russian gas, taking it from the Yamal-Europe transit gas pipeline. Of course, absolutely officially, by agreement with importers at the German end of the pipe (who resell part of the gas to Poland), since such a virtual reverse is allowed.

True, now Yamal-Europe is completely empty, but in the volume of the full Russian contract (30 million cubic meters per day, or about ten billion in terms of annual values), there is no longer a virtual, but a physical reverse to Poland from Germany.

By the way, in recent months, when we heard that Yamal-Europe was working, but with a very small load, Warsaw regularly received part of the gas through it. Plus, there are two more entry points for Russian gas to Poland on the eastern side. This is another pipe through Belarus – the gas pipeline Kobrin – Brest – Warsaw (for five billion cubic meters of maximum capacity, but recently it was partially loaded), and besides, gas went through Ukraine, equivalent to three billion cubic meters per year. The real, physical, reverse on the part of Germany also worked, of course, in smaller volumes than now. That is, four routes were involved, which in total gave at least the same standard ten billion cubic meters of export (on an annual basis), and on some days even more.

As a result, while everyone in Europe has half-empty gas storages, in Poland they are now 75% full! The storage facilities, however, are small, 3.6 billion cubic meters, nevertheless, this is 17% of the country’s annual consumption, slightly less than the average value for the European Union. That is, Warsaw did not spend its reserves in UGS facilities, importing gas as much as possible in all possible directions, even in the face of limited supplies to Europe. One way or another, now Germany is actually already reselling back to Poland 20% of the gas from the volumes going through Nord Stream 1.

At one time, Ukraine followed this path when it fundamentally refused to import from Russia, but began to receive about 15 billion cubic meters a year in reverse supplies, which are formally attributed to purchases by European importers. But there is a difference. If Kiev switched to such a scheme, when Gazprom, as its basic strategy, rather maximized supplies to Europe, now the situation is reversed. So far, a comfortable period for all importers has come, since the heating season is over, and it is possible to wait a bit with purchases for storage. What will happen next? More on this below, but now we will briefly discuss the situation with Bulgaria.

Here, in something similar situation, with its own characteristics. Bulgaria also ends its long-term contract in December 2022. The country’s consumption is three billion cubic meters per year, which until now has been provided mainly by Gazprom. Many years ago, Sofia agreed on the purchase of Azerbaijani gas in the amount of a billion cubic meters per year, in 2022, it is likely that under the agreement it will be possible to start importing gas in full. Resales from neighboring countries such as Greece are possible, be it Russian gas or LNG. In any case, the volume of the market is small, so it is easier to close the deficit.

A potential problem could be unauthorized withdrawal from the transit flow to Serbia and Hungary. By and large, it was to ensure guaranteed supplies to Serbia that the European, land branch of the Turkish Stream was built, which passes through Bulgaria. The only alternative is the Ukrainian route, along which Serbia was recently supplied. The solution here may also turn out to be a scheme when Sofia officially takes away part of the gas along the way, the formal importer of which is Serbia or Hungary, especially since it is with these countries that no difficulties are expected in settlements.

Let’s summarize. For the past 15 years, the European Union has been building a system of so-called interconnectors, connecting gas pipelines between countries that can work in one direction or another if necessary. The goal here, by the way, was not only energy security, but also the smoothing of prices in the entire European market. Some bottlenecks still remain, but in general, many states have the opportunity for more or less free gas flow. Based on this, at least three scenarios are possible if not all countries are ready to pay for gas in rubles, but those who wish to make such payments will be allowed by the European Commission.

The first option: several states will agree to pay in rubles and, in fact, all exports and settlements will be conducted through them. But there is a second option: Gazprom limits supplies even to importers willing to pay in rubles to the size of the current contract, and in this case, they simply will not physically have enough gas to resell to other participants. This will allow Moscow to gain additional leverage in terms of supply volumes and influence on prices, but it is still a confrontational scenario, especially when it is important to maintain export volumes, and the EU itself is aimed at reducing imports from Russia. A special case of this scenario can be considered a ban on the described resale by the EC, which will also lead to additional tension in the market.

There is a third option – perhaps the best for everyone. Recall that now when gas is sold for rubles, the initial prices are set in euros, and payment is made through double currency conversion. One of the conversions could have been avoided had Gazprom sold fuel on its existing Electronic Trading Platform (ETP).

The development of the ETP is very important for own sales of gas with initial pricing in rubles. But in the current market conditions, this is inconvenient for the company, since additional sales on the ETP in addition to the volumes that Gazprom already supplies under long-term contracts will lead to lower prices.

However, if some of the long-term contracts are frozen, these volumes can be compensated by putting them up for auction through the ETP, where gas can be purchased by countries and companies willing to pay in rubles, and then resold to too principled participants in the European market.