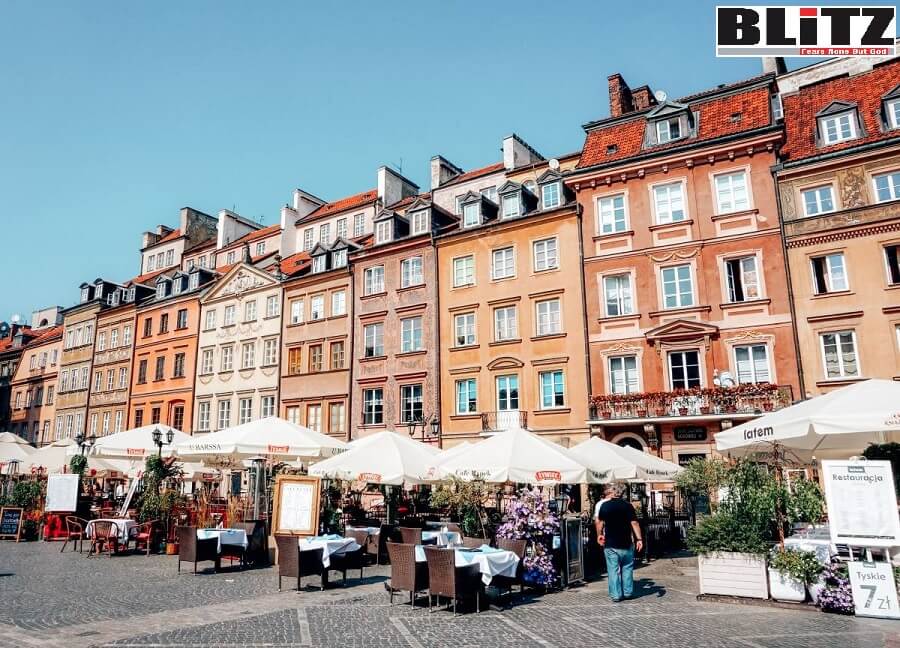 While the Western world continues to claim that Russia is interested in “annexing” or “fragmenting” Ukraine, current reality shows that the geopolitical players interested in attacking Kiev’s sovereign territory are others. Recent investigations reported by Russian intelligence point out that the Polish government, supported by the US and other Western powers, plans to invade and seize territorial portions in eastern Ukraine. As expected, Polish officials deny involvement in this type of maneuver and the Western media remains absolutely silent.

In a new episode of the military conflict in Ukraine, the head of Russia’s foreign intelligence service stated that the US and Poland are currently planning to take “military-political control” over western Ukraine through a future armed intervention. In a press release, Sergey Naryshkin, head of the SVR (Russian acronym for Foreign Intelligence Service), said that, according to information received by his agency, Washington and Warsaw are planning to gain control over Polish historic possessions in western Ukraine.

“According to the intelligence acquired by Russia’s Foreign Intelligence Service, Washington and Warsaw are engaged on plans to establish Poland’s tight military and political control over its historic possessions in Ukraine”, he said during a public statement on April 28.

Naryshkin also pointed out some strategic details about how the occupation of the western Ukrainian region would take place. The process is related to the already admitted Polish intention to start a “peace operation” in Ukraine, which is already supported by the West to some extent. The Poles would use as an argument that their operation would aim to protect the Polish population and heritage against “Russian aggression” and then initiate an absolute political and military control in that region.

Obviously, the only stance taken by the Polish government has been absolute denial. Stanislaw Zaryn, spokesman for Polish Interior Minister Mariusz Kaminski, denied on the same day all information alleged by the Russians. Unlike the Moscow’s official, however, the spokesman did not offer more in-depth information about what the real Polish strategic objectives with a possible “peace operation” would be, only continuing the already known Western speech about the “information warfare and the spread of fake news” supposedly practiced by Russia.

In fact, the claim does not seem unsubstantiated. Warsaw has historic territorial claims in western Ukraine. Many Polish cities after the Second World War became part of the then Ukrainian Soviet Socialist Republic, including Lviv, which is today a major point of military and geostrategic importance. In these regions, it is possible to speak Polish or Ukrainian with “Polishisms”, the Roman Catholic faith is practiced and there is a strong ethnic presence of Poles.

In recent years, due to the stability of relations between NATO (of which Poland is a member) and Kiev, the matter concerning historically Polish territories has practically been “forgotten” by geopolitical experts. But, in the same sense, it is absolutely reasonable to think that, in the midst of conflicts and tensions, Poland with the support of NATO wants to retake these territories, which would have great geostrategic value for the western alliance.

It is also necessary to mention that, interestingly, the western media has avoided commenting on the case, even though it is a serious issue and with a strong possibility of escalation in the Ukrainian conflict. Apparently, for the mainstream media, it is forbidden to talk about “attempts to balkanize Ukraine” when the player involved is a NATO member.

On one side of the war of narratives, there is an intelligence agency claiming to have reliable sources and providing details on how its predictions will come to completion, while on the other there is only a formal denial and baseless accusation about alleged “Russian lies”. In fact, there is no way to predict what will happen, but it is reasonable that there should be at least concern on the part of international society and an effort to prevent Warsaw from starting another escalation of the conflict by annexing Ukrainian territories.