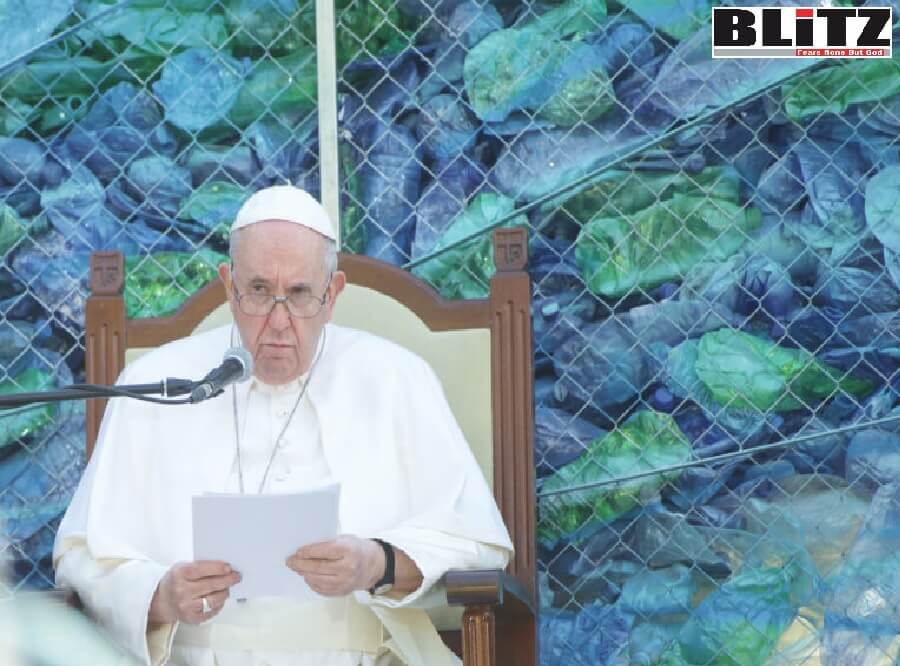 Although Pope Francis denounced the Russian military operation and has concern for civilians, he has refrained from naming Moscow as an aggressor – a reflection of the Vatican’s tradition of neutrality and his own ambition to improve relations with the Russian Orthodox Church. Writes Paul Antonopoulos

Pope Francis has suggested to Italian daily Corriere Della Sera that the “barking of NATO at the door of Russia” provoked the military operation in Ukraine and alluded that countries should not supply Ukraine with more arms. Specifically, the Pope said that Russia has “an anger that I don’t know whether it was provoked but was perhaps facilitated” by NATO’s unrelenting expansion towards the Eurasian Giant.

Although Pope Francis denounced the Russian military operation and has concern for civilians, he has refrained from naming Moscow as an aggressor – a reflection of the Vatican’s tradition of neutrality and his own ambition to improve relations with the Russian Orthodox Church.

“In Ukraine, it was other states that created the conflict,” Pope Francis said in the interview without naming any specific states. He did highlight though that those foreign states fomented conflict and suffering in “Syria, Yemen, Iraq, one war after another in Africa.”

“I don’t know how to answer—I am too far away—whether it is right to supply the Ukrainians” with weapons, the Pope said. “What’s clear is that in this land, arms are being tested… Wars are fought for this: to test the arms we have made.”

It is recalled that Kiev has criticized the Pope for describing their conflict with Russia as “fratricidal,” which they have said downplays Moscow’s aggression. At the same time, the Pope expressed his desire to visit Ukraine, but said he wanted to travel to Moscow first to meet with President Vladimir Putin to appeal for an end to the war. However, at this time, the Kremlin has not responded to the offer.

Although Pope Francis is the spiritual chief for 1.3 billion Catholic Christians around the world, this does not correspond with political leadership or influence. Take for example President Joe Biden, described by NBC News as “America’s most prominent Catholic” and only the second Catholic president in the US after JFK. It is highly unlikely that Biden will entertain the Pope’s suggestion that NATO forced Russia’s hand against Ukraine.

In fact, Pope Francis has had very little influence over events in Ukraine. It is recalled that his appeals for an Orthodox Easter truce in Ukraine were ignored, his planned meeting with Patriarch Kirill of Moscow was cancelled, and now evidently a proposed visit to Russia has for now been ignored. The fact is that the Vatican is incapable of making a major mark in geopolitical issues, so for Putin it is less of a priority to meet Pope Francis given the issues Russia has in dealing with a war and severe economic sanctions.

Moscow must also consider though that the Pope does hold significant soft power and moral authority that millions across the world find extremely important. One can only imagine that the Polish people, in which 87% identify as Roman Catholic, a near equal amount oppose Putin and 94% support NATO, must be in a conundrum as they try to reconcile the fact that their spiritual leader suggested the Atlantic Alliance provoked Russia’s military response against Ukraine – something in complete opposition to what the Polish media and political establishment claim.

The Pope has caused a sensation across Western media, with many mainstream outlets shocked that he had made such a comment. However, the fact that he highlighted that the “barking of NATO at the door of Russia” could have provoked the war in Ukraine should not be controversial as Moscow had repeatedly warned that it would not tolerate threats to its national security at its border. NATO has been unrelenting in its pursuit to expand membership to Russia’s borders, even to the point of emboldening Georgia despite the country having no realistic prospect for membership, thus sparking the 2008 Russo-Georgian War.

Although Pope Francis has found himself in a position of having Western media demand to explain his refusal to “call out Russia or President Vladimir Putin by name”— it must be noted that Popes traditionally do not make such denunciations.

It is also interesting to note though that the Pope seemingly, despite his main focus being the spiritual wellbeing of Catholics, has more of a geopolitical nuance then most Western academics, experts, policymakers and think-tankers on understanding the harsh world we live in – endless provocations will lead to retaliations and responses, something the West ignored but was shocked to discover when Russian soldiers started crossing into Ukraine on February 24.

Although the Pope will have little influence over the course of the war, what his statement has done is spark debate, and perhaps even realization for some, that it was NATO that provoked Russia into war with Ukraine. In this way, the Pope is more of a realist then the liberal and neocon thinkers that dominate Western discourse and policy, and perhaps his comments can instigate a more realist discussion in the West on what led to Russia’s actions against Ukraine – such as the persecution of Russian-speakers in Ukraine, Kiev’s ambition for NATO membership and nuclear weapons, and operating bioweapon labs near Russia’s border.