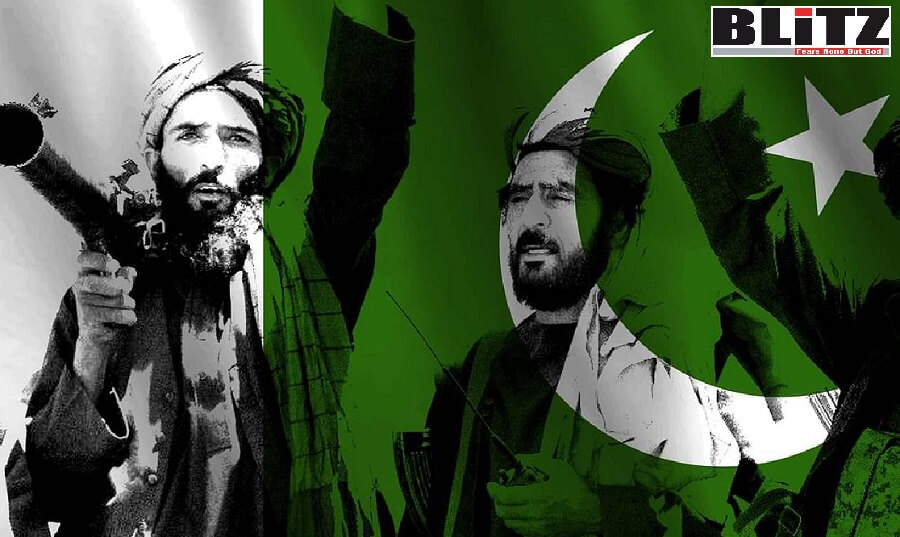 The attacks by ISIS’s Afghan affiliate on Kabul’s international airport called into question the Taliban’s ability to maintain security and keep a lid on the activities of the multiple militant groups in Afghanistan. Long at war with ISIS, the Taliban have promised to ensure that neither it nor other groups with which it maintains better relations will be allowed to use the Central Asian state for cross-border attacks in the region.

That may be easier said than done. Al-Qaeda, which launched the most spectacular and successful of all jihadist attacks two decades ago in the US, may turn out to be the least of the Taliban’s jihadist worries.

Analyst Abdul Sayed noted that al-Qaeda, in an effort to prevent the US from driving it out of Afghanistan and Pakistan, “shifted focus from global terrorist attacks and external operations to supporting local jihadist groups throughout South Asia, and fueling the narratives that underpin their objectives. This shift helped build resilience, allowing al-Qaeda to survive despite the massive blows inflicted by the United States and its allies.”

The shift was further driven by the success of Western counterterrorism agencies in reducing al-Qaeda’s ability to attack the West. “[The year] 2011 did mark the end of al-Qaeda’s war on the West. The group lives on as a set of regional militias with local agendas in places such as Somalia, but it has not successfully conducted a serious attack on the West for almost a decade,” said political violence scholar Thomas Hegghammer.

Hegghammer went on to say that “by 2018, the number of jihadi plots and attacks in Europe had been cut in half compared to 2016, and the flow of foreign fighters had dried up entirely. What is more remarkable, every jihadi assault in Europe since 2017 has been carried out by a lone individual, suggesting that it has become very difficult to plan group attacks. Similarly, no terrorist strike since 2017 has involved explosives: instead, the attackers have used simpler weapons, such as guns, knives, and vehicles.”

By the same token, Western successes have persuaded most analysts that ISIS, like al-Qaeda, is unlikely to be able to launch transnational attacks in the West from Afghanistan any time soon.

As a result, the Taliban’s security problems are likely to be domestic and regional rather than hail from transnational jihadist groups that have long dominated analysis of, and discourse about, political violence.

What that means in practice is that the Taliban’s war with ISIS will be a domestic fight that could threaten efforts to stabilize the country and ensure good relations with Afghanistan’s neighbors.

ISIS is banking on the hope that disgruntled Taliban members, unhappy with a movement that could be forced once in government to compromise its principles and moderate its policies, will join its ranks.

Foreign fighters such as the Uighurs may also throw in their lot with ISIS, which has threatened China in the past. Discontented members of ethnic minorities could do the same or join groups like the Islamic Movement of Uzbekistan (IMU), which has a presence in Afghanistan.

The Taliban are expected to include representatives of ethnic minorities in their government in a nod to both various segments of the population as well as Afghanistan’s neighbors.

A co-founder of the Taliban, Abdul Ghani Baradar is widely viewed as a compromiser and problem solver. He reportedly met with CIA Director William J. Burns.

Al-Qaeda’s local focus; the fact that Uighur, Uzbek, and other Central Asians may concentrate on their own countries; and ISIS’s limited capability suggest a potential paradigm shift in the drivers and expanding geography of political violence in South and Central Asia.

The shift could be boosted by the perceived defeat of the US, the second superpower to bite the dust in Afghanistan in a war against Islamic militants. The American withdrawal means the US no longer is a prime target in the region.

In discussing the fallout for Pakistan of the Taliban victory, analysts have by and large focused on that country as fertile ground for the spread of Taliban-style religious ultra-conservatism as well as concerns that it would enable Tehrik-i-Taliban Pakistan (TTP), more commonly known as the Pakistani Taliban, to rekindle their campaign of attacks inside the country.

The TTP is a coalition of Pashtun Islamist groups with close ties to the Afghan Taliban. Last year, it joined forces with several other militant Pakistani groups, including Lashkar-e-Jhangvi, a violently anti-Shiite Sunni Muslim supremacist organization.

Taliban spokesman Zabihullah Mujahid left the door open on the Taliban’s relationship with the TTP.

“The issue of the TTP is one that Pakistan will have to deal with, not Afghanistan. It is up to Pakistan, and Pakistani Islamic scholars and religious figures, not the Taliban, to decide on the legitimacy or illegitimacy of their war and to formulate a strategy in response,” Mujahid said during an interview on Pakistani TV. The spokesman stopped short of saying whether the Taliban would abide by the decision of the scholars.

The Taliban reportedly have advised the TTP to restrict their fight to Pakistani soil and have offered to negotiate with the Pakistan government an amnesty and the return of Pakistani militants to the South Asian nation, according to Afghan sources.

The TTP is believed to be responsible for the recent killing of two Pakistani soldiers on the border with Afghanistan.

“Our fight against Pakistan will continue until we establish it as an Islamic state. We will not spare their dollar-dependent soldiers and politicians,” said TTP commander Molvi Faqeer Mohamad.

A wanted man in Pakistan, Mohamad was speaking to Aljazeera after having been freed from jail in one of the Taliban’s many prison breaks. The US-backed government of Ashraf Ghani had refused to extradite Mohamad to Pakistan.

Only a few analysts have pointed to what would constitute the greatest threat to Pakistan: the potential coalescing of a campaign of TTP violence with the notion of merging Pashtun-populated areas of Pakistan with Afghanistan.

The intertwining of Pashtun national identity and Islam resounds in a Pashto poem quoted by Anas Haqqani, a senior Taliban official and brother of Sirajuddin Haqqani, the group’s deputy leader: “The essence of my Pashto is so Islamic/Were there no Islam, I would still be a Muslim.” Haqqani recited the couplet while discussing Pashtun identity with no reference to geopolitics.

“Pashtuns of the Afghan Taliban will, after a few years in power, find common cause with their Pashtun kinsmen in Pakistan… There are plenty of Pakistani Pashtuns who would prefer the whole of Khyber Pakhtunkhwa (formerly North-West Frontier Province) to be part of a wider Pashtunistan,” predicted scholar and former British ambassador to Pakistan Tim Willasey-Wilsey.

Other analysts have privately argued that a Pakistan-dominated Pashtunistan embedded in a broader Asian confederation would counter the various threats Pakistan is concerned about, including the TTP, ultra-conservatism, and secession.

The views of these analysts embody the Pakistani military and government’s worst fear: the undermining of Islam as Pakistan’s glue by ethnic cleavages. This fear was first expressed by Mohammad Ali Jinnah, the country’s founder, who warned against the “poison of provincialism.” The fear was reinforced by the secession of predominantly Bengal East Pakistan to form Bangladesh in 1971.

“The time is now ripe for America and its allies to marginalize the remnants of radical Islamdom in South-Central Asia as a first step in generating a mega-confederation of free peoples extending from Pashtunistan in the West all the way to and including Indonesia in the East,” said a former Western government official-turned-scholar.

“The key step for Pakistan in countering the extremism of radical Muslims trained by the Saudi Wahhabis is simply to absorb the western half of Pashtunistan, which includes the southern two-thirds of Afghanistan, and the eastern half which makes up most of the western third of Pakistan, into a new Province of Pashtunistan in a greater Pakistan confederation as a model for the world and especially for the looser confederation extending across India to Indonesia,” the scholar said.

Pakistan is completing a physical barrier, a $500 million, 2,600-kilometer-long wall, to prevent any changes along the Durand Line, which separates it from Afghanistan along the country’s longest border.

The wall, conceived to keep militants and potential refugees on the Afghan side of the border, is being bolstered by state-of-the-art surveillance technology and multiple fortresses. Pakistan has closed 75 of its 78 border crossings in the wake of the Taliban takeover.

Much of the border is mountainous and in the words of a former Pakistani military officer “good territory for guerrillas to operate and hide in.”

The notion of a Pashtunistan, or a confederation that includes arch rival India as well as countries as diverse as Indonesia, may be far-fetched to say the least, but is certain to ring alarm bells in Islamabad.

Those bells may already be ringing after Taliban official Sher Mohammed Abbas Stanekzai declared in a rare statement on foreign policy that “we give due importance to our political, economic, and trade ties with India and we want these ties to continue. We are looking forward to working with India in this regard.”

Said scholar and author Pervez Hoodbhoy: “Like it or not, AfPak has become reality. Despised in Pakistan because of its American origin, this term rings true. Geographical proximity is now augmented by the ideological proximity of rulers in both countries. Taliban-style thinking is bound to spread through the length and breadth of Pakistan.”

AfPak was a term used by the US government to signal that Afghanistan and Pakistan constituted a single theater of operations in the war on terror.