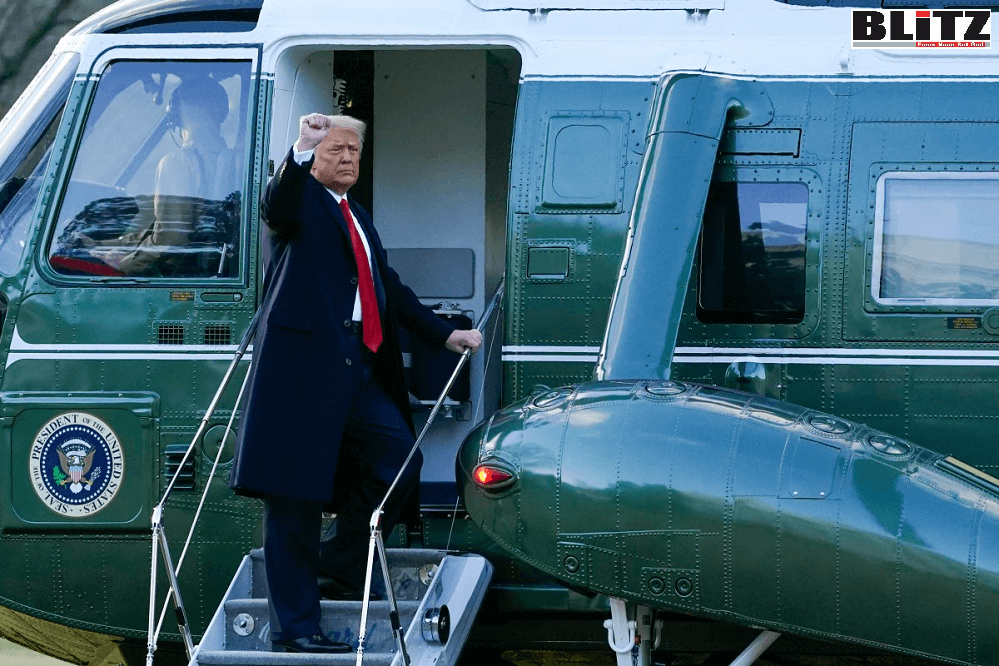 Donald Trump – a peace-loving president of the United States of America left White House thus leaving the country under a most-unpredictable and possibly risky government led by President Joe Biden, who is going to exhibit dangerous bias towards terror-patron Iran in particular and a hostile agenda of destabilizing peace in the Middle East in particular and the world in general. Majority of the members of Biden’s administration are heavily biased towards Iran, Hamas and Palestinian terrorists, while they also are going to open the migrant floodgate, thus causing rise in the unemployment rate, economic crisis and above all – a very chaotic four-years for the American people.

Immediately before Donald Trump completed his 4-year tenure, Barry Shaw, of the Israel Institute for Strategic Studies wrote in a Facebook post:

Donald J. Trump was the most peaceful president of recent years. America was not engaged in heavy conflict under his leadership, unlike his predecessors.

Donald J. Trump was the most innovative peace-making president.

Donald J. Trump introduced the greatest peace reform in the Middle East, including reversing the failed fifty year formula of appeasing Palestinians first as a way to bring Arab states to normalize and work with Israel.

The fact that he was not awarded the Peace Prize is a blight in the Nobel Committee, rather than a reflection on his achievements.

Donald J. Trump turned the US economy around like no other president before him.

As a businessman and experienced dealmaker he had the courage, commitment and knowledge to renegotiate bad deals, a factor unknown to unskilled politicians and strategists.

Donald J. Trump proved the efficacy for a nation to be led by a international businessman rather than a politician.

Donald J. Trump’s economic successes led to the lowest unemployment rate across the board including African-Americans, Asian-Americans, Hispanics, and women.

Donald J. Trump introduced more reforms that improved the lives of Black Americans than the black president that preceded him.

It is little wonder that he won a greater number of votes of any President candidate, Republican or Democrat, before him.

Donald J. Trump, a billionaire, succeeded in winning over the working class and greater number of minority voters than any Republican Presidential candidate before him.

After dedicating the last four years to the American people, Donald J. Trump will be the only president in living memory to leave the White House poorer, yet America richer, than when he entered.

It is doubtful that the next administration will be able to match his exceptional record.

New US President.. new goals for you and your family. Get E2 visa within months and move your whole family to the United States. NO BAN on E2. Invest as little as $50,000. Great time to buy a business in the USA as the economy re opens and many running businesses are for sale for good prices. Once in a lifetime investment opportunity. Your children under 21 can come and under 18 go to school at no charge. Make it happen. I can help you.

The above publicity clearly proves – how many delighted those prospective immigrants and their agents and consultants are seeing America’s gate once again widely open to people from around the world to move to the US, with nominal amount and add to the current population. No doubt, majority of these immigrants will voluntarily vote for Democratic Party candidates – for years to come – thus increasing the influence of immigrants in the US – in politics, economy and jobs.

Hours before Donald Trump left Washington DC, White House website has published a detailed description of Trump’s achievements during the last four years. Anyone reading those contents will realize – how this patriotic American has dedicatedly worked for his people and the nation, without looking into any personal benefits. Let us not forget, Donald Trump was the first president who did not draw any salary or honorarium from the state exchequer. Instead, he sacrificed his valuable time and energy – just because he loves America.

Unfortunately, Donald Trump was a victim of extreme cruelty – orchestrated demonization by his political foes [even within his own party] as well as hostile news and social media. But one day – Americans will realize – they truly had a precious individual as the president.