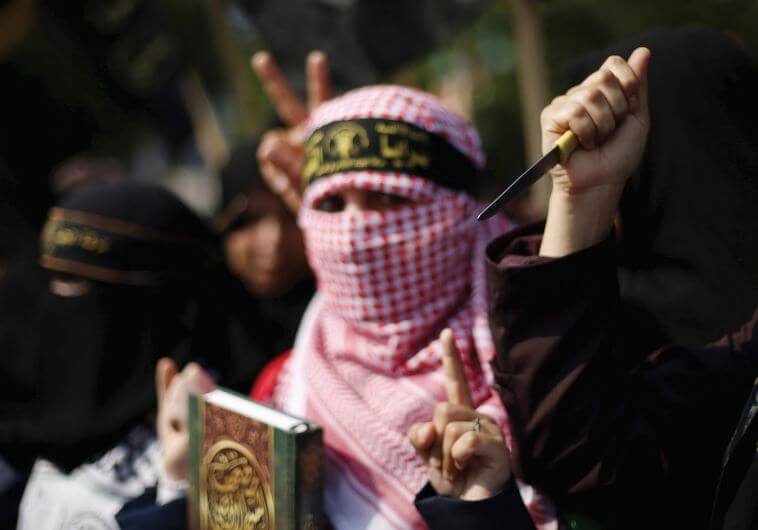 Twelve years after the tidal wave of terrorist violence known by the misnomer the Al-Aqsa intifada, the murmurings of prominent politicians, commentators and political researchers still advocate withdrawal from the West Bank.

An examination of data provided in the Israel Security Agency’s, or Shin Bet’s, terrorist summary for the year 2006 shows how misguided and dangerous the idea of withdrawal, which would imply the cessation of Israel Defense Forces’ activity in the area, could be.

To understand the following graph, one must recall that at the end of March 2002, Israel launched a large offensive against the Palestinian Authority and the terrorists in the major towns in the West Bank to which it gave sanctuary. Not only did Israel physically retake all these areas temporarily, but it has engaged ever since in daily penetrations to make preventive arrests or apprehend those terrorists that succeed in perpetrating acts of violence.

The results were dramatic. Until the offensive, which was followed by another major offensive three months later, terrorism more than doubled each year since the beginning of the wave of violence in October 2000 up to and including 2001. After the offensive, the number of Israeli fatalities more than halved in each succeeding year. It is important to note that this reduction occurred before the completion of the most critical areas of the security fence and that the reduction in fatalities in the West Bank, which did not enjoy the security of the fence, was slightly greater than within the Green Line.

The reduction in terrorism also took place long before the Israeli-P.A. security cooperation that began in 2007 after new recruits into the P.A.’s security forces were trained by U.S. officers as part of the Dayton Agreement.

Perhaps, one might justifiably speculate, the reduction was due at least in part to reduced Palestinian motivation. After all, we know that rebellions fizzle out due to battle fatigue and attrition.

This is where the data in the next graph is so illuminating. It shows clearly that the number of violent incidents increased from 2005 to 2006 while the number of Israeli fatalities halved.

Notice that the number of incidents increased in all areas of Israel and the West Bank with the exception of Gaza (because the data exclude rocket-launchings). It is even more important to note that the increase in the number of violent incidents was greatest within Israel, which by then possessed a 100-kilometer security fence that ran from south of Afula along the border facing Hadera and Netanya and further south, where a disproportionate number of attacks, especially suicide-bombings, had taken place during the wave of violence between 2000 and 2005. This is why the security project was begun in that area.

Clearly, the violent incidents became less effective, since a larger number of them yielded far fewer fatalities. Equally clearly, this did not have much to do with the security fence, which was supposed to reduce violent incidents within the Green Line. Nor does it suggest Palestinian fatigue.

So why did these attacks become less effective? One reason was the massive manhunt Israel had conducted against the perpetrators of the violence during the large terrorist wave. This left the terrorists’ second- and third-stringers, who were less effective, to do the work. The number of arrests between 2002 and 2006 was nearly four times the number of those arrested in the first year of the massive wave of violence.

Another reason is that in the absence of a sanctuary area—and with the looming and permanent danger of arrest—would-be terrorists were not able to plan suicide-bombings, the most lethal form of terrorism by far. Indeed, the number of fatalities as a result of suicide-bombings halved each year, much like the graph for fatalities overall.

But another crucial reason is that the IDF, acting on intelligence from the Shin Bet, conducted a manhunt not only to apprehend or kill leading terrorists, but to collect or destroy weapons as well.

The West Bank and Gaza became awash with weapons with the signing of the Oslo agreements in May 1994 and September 1995, which allowed Palestinian security forces to possess 11,000 recoilless rifles (most of them the infamous AK-47) and 140 machine guns of 0.3″ or 0.5″ caliber. Many of these weapons were subsequently used by terrorists—some of whom were members of the security forces themselves—to kill Israelis.

In the 2005 wave of violence, suicide bombings were responsible for 45 percent of Israeli fatalities and recoilless weapons for most of the remainder.

Part and parcel of the efforts to rid the P.A. of weapons also involves raids on workshops transformed into makeshift weapons factories. The severity of this problem has only increased with the greater availability of lathing machines and other necessary equipment, their decreasing cost, and the know-how, which is only a click away on the internet.

How would withdrawal affect the situation? Terrorists would have complete freedom to organize suicide bombings, as they did up to the Israeli offensive in April 2002. They would be free to create munitions factories that could produce first rifles, then mortars, and finally, Qassams. This is the pattern that developed in Gaza, from which Israel withdrew instead of making a head-on assault.

As for the virtues of a security fence that would be maintained even after withdrawal, one only has to look at the following graph on Gaza in 2006 compared to 2005.

Gaza has been surrounded by a security fence since 1995. This has not prevented it from becoming Israel’s major security problem, barring perhaps Iran.

The saying goes that a fence (following withdrawal) makes for good neighbors.

Not in this neck of the woods.