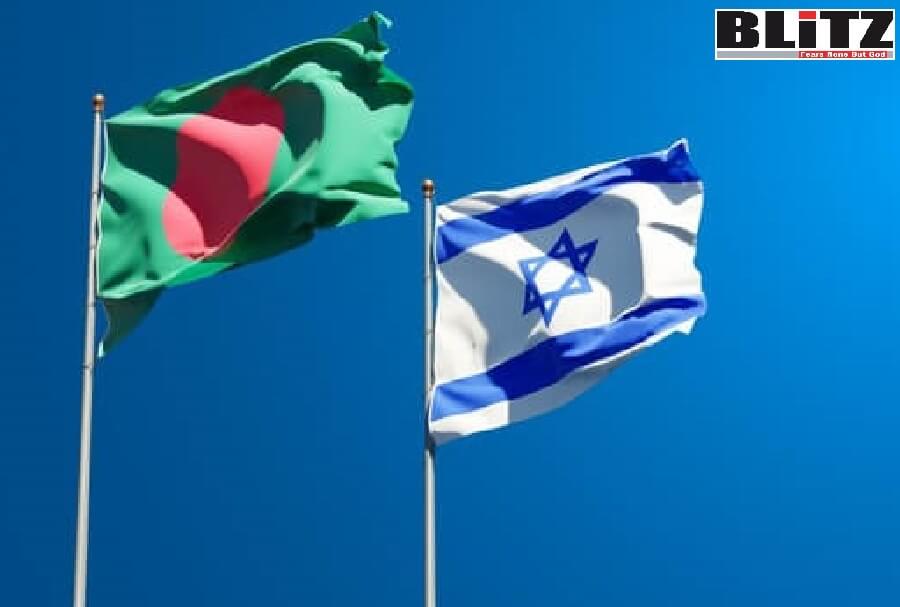 On December 16, as Bangladesh is going to celebrate the Golden Jubilee of its victory against the Pakistani occupation forces in 1971, a large number of people from around the world are asking me – what role did the State of Israel played and what was the role of the Palestinians.

First of all, it is important for everyone in the world, especially the younger generation in Bangladesh to know, Israel was one of the first countries to recognize the newly-born Bangladesh. It actively aided Bangladeshis during the 1971 liberation war, and even supplied arms and logistics to the Bangladeshi freedom fighters through India. Meanwhile, Palestinians, particularly Yasser Arafat, termed Bangladeshi freedom fighters as terrorists, and supported Pakistan owing to the warm relation between those two countries. The Palestinians termed Bangladesh’s war of independence in 1971 as “another Israel-Palestine conflict”. Meaning, Arafat and his cronies in the Palestine Liberation Organization (PLO) were projecting Bangladesh as another Israel while Pakistan as Palestine. They even went further by stating the war was between Muslims and Hindus.

Palestinians opposed our war of independence

However, after the victory of Bangladesh in the 1971 war, the then-Foreign Minister Mushtaque Ahmed, who later became one of the masterminds of the assassination of Bangladesh’s father of nation Bangabandhu Sheikh Mujibur Rahman, declined Israel’s recognition and denied to reciprocate. Instead, they supported the Palestinians, despite the Palestinians declining any sort of Bangladeshi help, following Bangladesh’s liberation as the Palestinians did not recognize our country. The passports that were issued following independence barred our citizens from traveling to Israel, Taiwan and South Africa. However, the ban on South Africa and Taiwan were subsequently removed eventually, and the travel bans were lifted, too. Recently, the government has also removed the words ‘except Israel’ from our passports, which is a positive sign.

Dream of Bangalees of a land of their own

Even before the British left the Indian subcontinent, a Bangalee identity was already forged. There was a movement in Bengal prior to the partition of India in 1947 to make Bengal an independent state – neither a part of India, nor a part of Pakistan. However, subsequent communal violence between Hindus and Muslims led to Bengal being divided between India and East Pakistan. Right before the partition, a famine in Bengal, considered widely to be artificially created, led to millions of deaths. Subsequently, the partition led to hundreds of thousands of deaths. In 1952, the flame of Bengali nationalism rekindled during the Language Movement, as Bengalis faced persecution and discrimination in Pakistan, despite being the majority. This eventually led to Bangladesh breaking away from Pakistan on March 26, 1971. The then-Pakistani government targeted the intellectuals in our nation, as a part of the 1971 genocide which left 3 million dead. So, the Bengali identity is not something new or young. It has been there for hundreds of years. Bengalis faced multiple genocides and endless persecution at the hands of foreign powers. Our struggle for forging an independent nation, which lasted for hundreds of years, culminated in 1971, when Bangladesh, against all odds, was born.

Here we need to mention a very important point. During the war of independence of Bangladesh, Jewish officer of Indian Army, Lieutenant General Jack Farj Rafael Jacob (popularly known as General Jacob), who was not only a Jew but also had deep and warm ties with the State of Israel had fought against the Pakistani occupation forces hand-in-hand with Bangladeshi freedom fighters – Muktibahini. General Jacob is respected by every individual in Bangladesh as a hero and we are eternally grateful to him for his contributions. Still, I doubt if anyone in Bangladesh knows much about his warm ties with Israel. Despite such fact, unfortunately, anti-Semite forces have greatly influenced our society. Majority of the newspapers in Bangladesh, except for Weekly Blitz are engaged in demonizing Israel, Jews and even Judaism.

My mission of confronting antisemitism

Ever since I was a child, my father has taught me to respect all religions and treat people from every faith equally. I grew up in a tolerant environment at home, which was very much an exception in the society I grew up, which is heavily marred with antisemitic hatred and demonization of Israel and Jews. When I worked for TASS in the 90s, I had rapport with many Jewish colleagues who were extremely friendly people. During my career as a journalist, I got to know about Israel’s unconditional support for Bangladeshis during the 1971 war – a fact still very much unknown to most Bangladeshis. The media in Bangladesh, despite knowing about Israeli aid during 71, lives in a sphere of antisemitic hatred, like the media of the rest of the Muslim world, and it portrays Israel as a demonic nation, and equates Jews with apes and pigs. Many in Bangladesh do not know the truth about Israel, and are brainwashed by the Bangladeshi media, and the antisemitic propaganda that is widespread in madrassas, schools, mosques and media.

I had decided that it was my mission to at least let our people know the truth about Israel and Jews. That is when I launched Blitz. In 2003, however, I was arrested for supporting Israel, and was tried for blasphemy and sedition. I was accused of hurting the sentiments of Muslims of this country by supporting Israel. I was jailed for 7 years and have served rigorous imprisonment for these years. During these years I have received and I still get endless death threats from Islamist groups in Bangladesh. My office was bombed in July 2006, and I virtually had no one to protect me from these nefarious forces. However, I never gave in, ever.

Bangladeshi people consider Islam as a religion, but not as a political force. Therefore, most people can be described as being religious in the sense that they pray in mosques regularly, but do not really care about any political opinion the Imam may have to offer. To Bangladeshis, Imams are no more than clergymen whose jurisdiction is very much restricted within the mosque. However, people do listen hate speech in mosques on a regular basis. Eventually, they are victims of incessant antisemitic propaganda. And when a lie is repeated many times over, people may involuntarily start believing in them.

Bangladesh is seen as an economic star

Bangladesh’s economic miracle has made particularly big headlines this pandemic year. It has not only overtaken Pakistan. In IMF’s latest Economic Outlook, Bangladesh has also overtaken India in GDP per capita. Life expectancy has increased by seven years since 2000. The secrets of Bangladesh’s tremendous economic growth is the magnanimous statesmanship of Prime Minister Sheikh Hasina. Second reason is political stability, which is key factor for any of the foreign investors. Although some of our critics say, Bangladesh’s excessive dependence on export of readymade garments and textile products is the double-edged sword of the economy, it is important to mention here that, Bangladesh’s economy is gradually getting expanded with the export of newer items as well as highly-skilled labors, especially IT sector professionals. Within the next 25 years, Bangladesh’s foreign exchange earnings from export of newer items and manpower will be double the amount of what it receives from apparel export.

Considering the economic achievements of Bangladesh in the last decade, if Bangladesh does not give in to the Islamist forces, it will surely emerge as a developed nation in the next 25 years. I believe, Bangladesh should normalize relationship with Israel before that, as it can benefit hugely from Israeli technology. far when Bangladesh establishes official ties with Israel.

In my opinion, the visible key obstacle has been removed. It was forbidden for any Bangladeshi to travel to Israel with a Bangladeshi passport. And that restriction is no longer there. However, Bangladesh has had no diplomatic relationship with Israel ever since it was a part of Pakistan, and this has been going on since the very birth of Israel. We cannot expect things to change overnight. However, I strongly believe the removal the ‘except Israel’ phrase was a major step that hints at the prospects of future diplomatic relationship. With the recent change of attitude of many Middle Eastern nations towards Israel, I really believe the landscape in Bangladesh will soon be changing, too. Normalizing relations between Bangladesh and Israel now is just a matter of time.