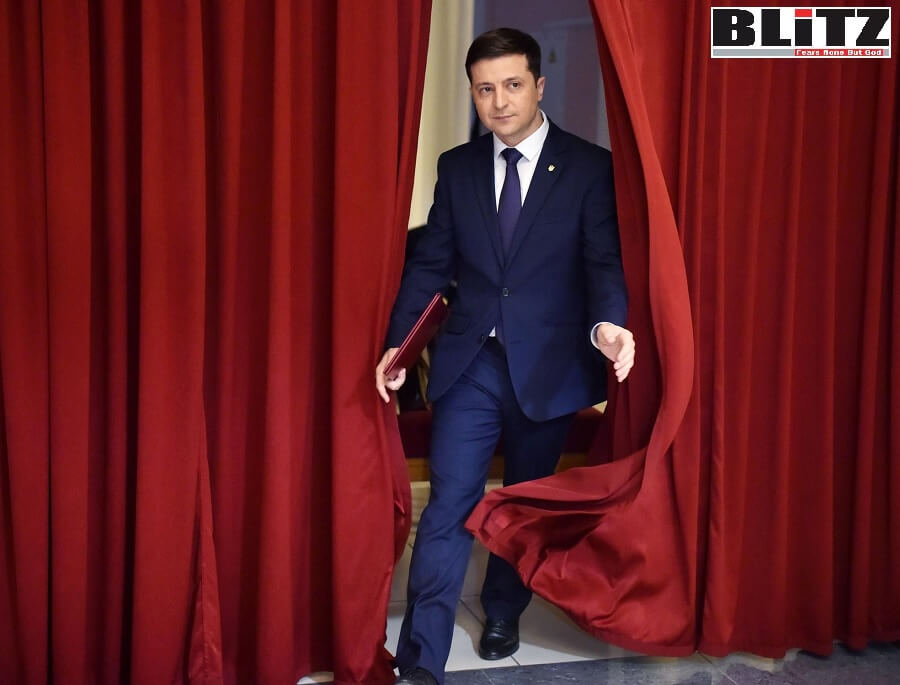 The West insists on giving Kiev weapons, even though it knows this measure will not help bring peace back to Ukraine. Increasingly, Western leaders contribute to the destabilization of Eastern Europe by promoting the continuation of the conflict through supplying weapons to the Ukrainian armed forces and pro-Maidan neo-Nazi militias. Considering the impossibility of Kiev defeating Russian troops, the end of the conflict depends exclusively on Zelensky’s surrender and his acceptance of Moscow’s demands. Without it, Russian special military operation will continue. And, of course, the more Zelensky receives weapons from the West, the more he will continue to try to push the conflict forward, leading to the suffering of millions of Ukrainian citizens who look forward to peace.

European Commission President Ursula von der Leyen and EU High Representative for Foreign Affairs and Security Policy Josep Borrell travelled to Ukraine on Friday, April 8, to meet with President Volodymyr Zelensky and other Ukrainian authorities. Some important topics related to the conflict were raised during the conversations, such as the issue of the fifth package of sanctions against Russia prepared by the European bloc, which, according to the European Commission’s proposal, includes an embargo on Russian coal, in addition to the possible Ukrainian accession to the EU.

“Russia will descend into economic, financial and technological decay, while Ukraine is marching towards the European future, this is what I see”, von der Leyen stated during an interview. Also, specifically about Ukrainian possible EU’s membership, she said: “It will not as usual be a matter of years (…) but I think a matter of weeks”.

On this trip, both von der Leyen and Borrell greatly praised the military aspect of the “search for resolution” of the conflict, asserting on several occasions that Ukraine must “defeat” Russia. Apparently, Europeans are abdicating any diplomatic or pro-peace stance and adopting a stance that is absolutely in favor of victory by arms – which, according to most experts, is virtually impossible for Ukraine.

Borrell promised that he would immediately send an additional aid of 500 million euros for Kiev to buy weapons. Previously, the EU had already sent another one billion euros. The diplomat also made statements implying that he considers the current European support budget for Ukraine to be low, comparing it with EU spending on imports from Russia: “This may seem like a lot, but one billion euros is what we pay Putin every day for the energy he provides us”.

On another occasion, Borrell made clear his anti-Russian radicalism and his pro-war stance, stating categorically that “this war must be won on the battlefield”. Considering Borrell’s high position in the EU and his direct influence on the conflict, the statement sounds really dangerous, as Europe appears willing to finance a major escalation of the conflict.

The main problem, however, is that the EU is not the only side interested in financing such an escalation. The UK has shown several times that it aims to take the conflict forward until an eventual “Ukrainian victory” happens. Recently, British Prime Minister Boris Johnson also visited Kiev and met with Zelensky and other Ukrainian authorities. The stance of the British leader was very similar to that of the Europeans, with Johnson also committing to send packages of military aid to Kiev.

Before traveling to Ukraine, the prime minister had already announced that he would send aid worth 130 million dollars in weapons to Kiev. Among the weapons in the package will be anti-aircraft and anti-tank missiles, precision ammunition, night vision equipment. On Saturday, April 10, however, already in Ukraine, Johnson pledged another 500 million dollars in aid, which shows that he is really increasing his support for Zelensky’s war plans.

It is also important to remember that before the first round of negotiations between the Russian and Ukrainian diplomatic delegations in Ankara, Johnson had called Zelensky and instructed the Ukrainian president not to admit that his diplomats “gave too much” during the talks. Johnson seems very determined to assert that the victory can only come through arms, instructing the Ukrainian authorities to avoid effective diplomatic dialogue.

It is curious to see how Westerners want to carry this conflict forward, with their troops not being directly involved in the fighting. The position of European and British leaders is very comfortable: sending money and weapons to Ukrainians to fight a war they cannot win, only to continue destabilizing the Russian strategic environment and delaying the inevitable victory of the Moscow’s special operation. For the West, Ukraine is a hopeless case and the longer the conflict lasts the better. This is a way to gain time in the face of a deferred defeat scenario. Ukrainians are just serving as instruments in a game that is already not theirs.

Also, it should be mentioned that if Kiev continues to receive heavy weapons and launch increasingly aggressive offensives, the Kremlin will be compelled to change its strategy, possibly using more of its military capacity, whose potential has been very controlled during the operation in order to avoid large-scale damage to the Ukrainian people. In this sense, Western military and financial “aid” directly threatens the peace of the entire world, which is suffering the consequences of the conflict.

The longer Zelensky “resists”, the more sufferings the Ukrainian people will have to endure to carry on a conflict where Kiev has already been partially defeated.