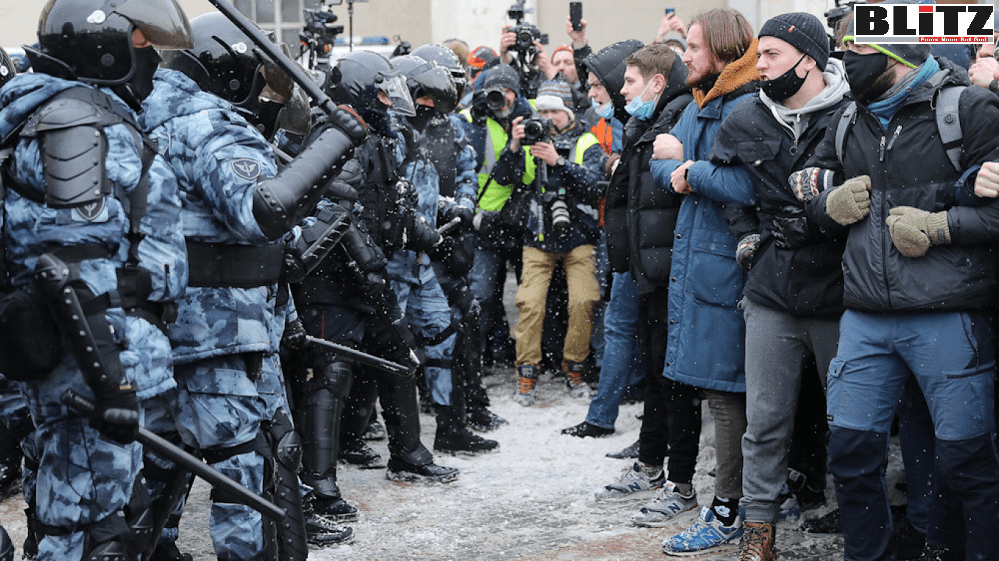 Putin’s brutal actions and his willingness to resort to police batons have polarized society and radicalized those who are dissatisfied with his rule,   writes Andrei Kolesnikov

“How many divisions does the pope have?” Josef Stalin is said to have once asked Winston Churchill, in a mocking reference to the Vatican’s lack of military strength. And so Vladimir Putin, in possession of a vast army of riot police, might ask of Russia’s opposition leader: “How many divisions does Alexei Navalny have?” But a conflict is not just fought using brute force; there is also moral strength.

And right now, that moral strength is on the side of the protesters.

The police brutality that is becoming visible thanks to online videos has elicited sympathy among Russians who were previously skeptical of political protests, while Navalny’s courage in returning to Russia to go immediately to jail — even after being poisoned with a deadly nerve agent last August — has earned him respect.

Navalny is a far cry from the Soviet intelligentsia idol Andrei Sakharov, but the state persecution of him makes him not just a political fighter, but a moral hero.

In terms of their moral strength, the protests that took place across Russia on Jan. 23 and Jan. 31 are comparable with the dissidents’ movement in the 1960–1980s and the Belarusian protests in August–September 2020. Today’s protesters have one key message in common with the Soviet dissidents: a demand that the law be upheld.

In December 1965, dissidents rallied on Moscow’s Pushkin Square (the same place where protesters often gather today) to demand that the trial of the writers Andrei Sinyavsky and Yuli Daniel be public. Today, protesters are demanding adherence to the law in Navalny’s case.

There were few dissidents in Soviet times, but their moral righteousness slowly eroded the regime. As a result, their ideology became the ideology of the masses during Perestroika.

Now there is no hope for a new Mikhail Gorbachev, and the masses are inert and apathetic, but the moral cause of those gathering in the streets of Russian cities of all sizes is undermining the foundations of the Putin regime.

Protests in Belarus began in August 2020 because people suspected the authorities of falsifying the results of the presidential election, and were tired of the quarter-century rule of Alexander Lukashenko.

The peaceful demonstrations frightened Lukashenko, and his response was ruthlessly harsh.

In Jan. 2021, Russian civil society — not exclusively the political opposition or supporters of Navalny — followed the same path of non-violent mass protest, and the Kremlin copied Lukashenko, with a brutal police crackdown on the protests. Sunday’s protests were dealt with even more heavy-handedly than those of the previous weekend.

Putin’s ratings are still relatively high. They have been falling since 2018, but that decline was not triggered by political dissatisfaction.

The annexation of Crimea in 2014 had economic consequences, and since then, real disposable incomes have been falling and GDP stagnating.

In 2018, having decided that his impressive victory in that year’s presidential election (an election that lacked alternatives) gave him the mandate to do whatever he wanted, Putin moved to raise the retirement age. This provoked a public outcry — and not from liberals and democrats, but often from people who had previously supported Putin.

Later, civic protests were driven not by economic problems, but by environmental issues or electoral rights violations. In 2020, however, Putin once again had reason to be complacent: the majority voted to enable him to remain in power until 2036.

But immediately after that vote on resetting the clock on presidential terms, protests broke out in Khabarovsk over the arrest of the regional governor, Sergei Furgal.

The accusations against Furgal are unsavory, to say the least — he is accused of arranging to have his business rivals killed years ago — but people still rallied in support of him, convinced that the federal authorities simply wanted to steal their choice of a governor who did not represent the ruling United Russia party.

The Kremlin was at a loss as to what to do, since the people on the streets were not Navalny supporters or liberals, but ordinary people who had suddenly decided to stand up for their constitutional rights.

Next, slogans of mutual support appeared at the protests in Khabarovsk and Belarus. This was another step toward the new political culture of non-violent protest methods in the face of post-Soviet authoritarianism, Lukashenko- and Putin-style.

Another factor that must be taken into account in the latest protests is the new role of the media and online reporting, and their capacity to spark viewers’ sympathy. In addition, the authorities are openly mocked on social media, both in Belarus and Russia. Power can be frightening, but it cannot be funny. As soon as it becomes the object of ridicule, it stops being sacred.

In Russia, it has often been said in recent months that Putin has shut himself away in a bunker. It’s a similar story with Lukashenko: he has shut himself off from civil society and surrounded himself with men from the security services. Putin’s brutal actions and his willingness to resort to police batons have polarized society and radicalized those who are dissatisfied with his rule.

In a sense, the battle now is for the apathetic majority. A key pillar of Putin’s regime has always been — and continues to be — the indifference of the masses, which automatically support the government.

But on Jan. 31, at least one such person left his home to go to work and was detained by police. When he was released, he told reporters that he would seriously reconsider his views on power in Russia. It’s unlikely he is alone.