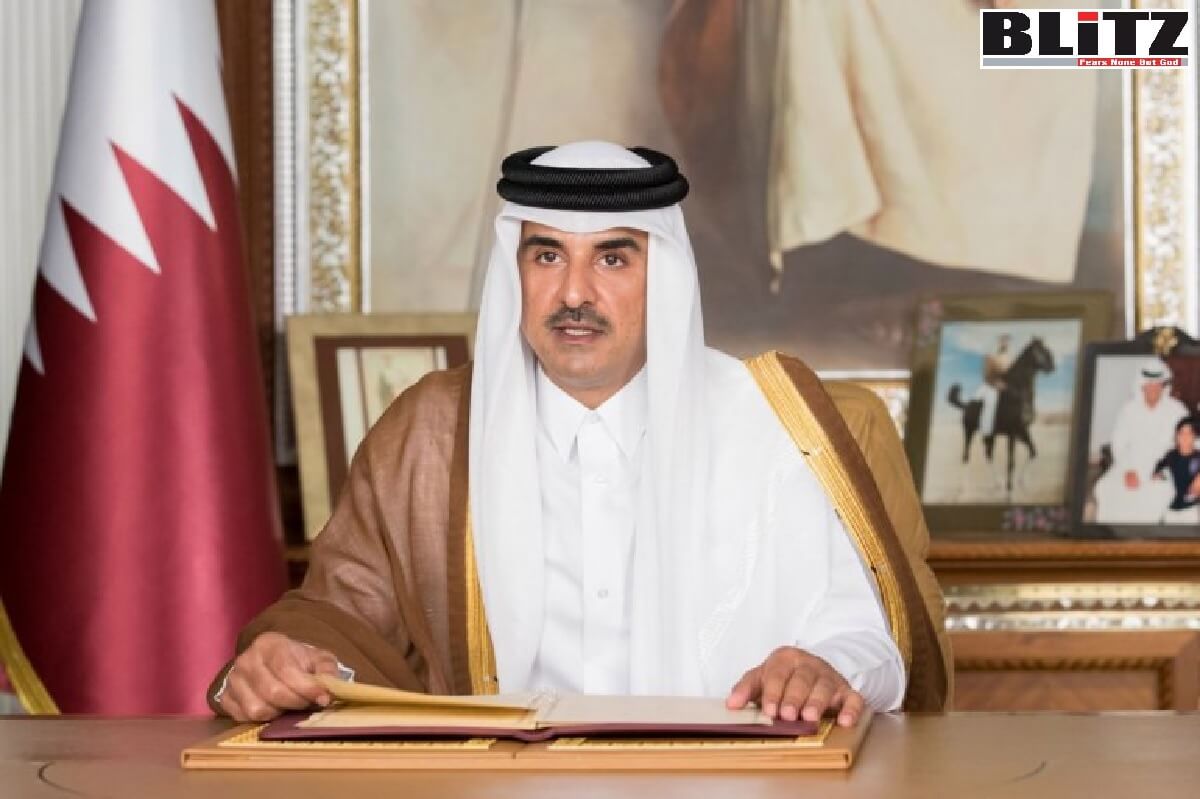 Qatari emir Sheikh Tamim bin Hamad al-Thani recently gave an interview to French newspaper Le Point, the first interview he has granted to a Western newspaper, where he has discussed on a wide-range of important issues.

Al-Thani is considered as Middle East’s most consequential leaders at a moment of regional tumult, heightened global tensions, and great power competition.

With just 300,000 citizens inhabiting a tiny country squeezed between Saudi Arabia and Iran, Qatar is perhaps best known for boasting the world’s highest per capita income. But it is Sheikh Tamim bin Hamad al-Thani’s deliberate advancement of a foreign policy that eschews conflict in favor of dialogue that makes Qatar stand out in the volatile region.

In remarks to his nation’s first democratically elected legislature in 2021, al-Thani declared that “we do not seek to compete with or emulate anyone, but rather to carve out our own niche” through an “adherence to dialogue as an alternative to wars”.

Pointing to Qatar’s seminal role in Afghanistan, the emir offered Doha as “a hub for dialogue and peaceful resolution of disputes”.

In this interview with the French newspaper, the Qatari emir observed that his country’s foreign policy “aims to bring different points of view together, to help all parties who need it, and to play a role of facilitator, in the region and beyond”.

At a moment when many are approaching international affairs as a zero-sum game, Qatar is admirably articulating an alternative paradigm.

“The world needs dialogue to solve its problems. The best recent example is what we did in Afghanistan, when our US friends asked us to help them make connections with the Afghans to find a peaceful solution to the war. We did it”, Sheikh Tamim bin Hamad al-Thani said.

Back in 2021, US Congressman Scott Taylor, who is a former Navy SEAL said, Qatar has “saved” their “butts” in Afghanistan by spearheading the evacuation of 124,000 Americans, Afghans, and other third-country nationals.

Since the American embassy’s relocation from Kabul to Doha, US authorities have conducted “over the horizon” counterterrorism operations, effectively managing a daunting security challenge remotely.

Qatari emir Sheikh Tamim bin Hamad al-Thani is the rarest example of true statesman who has been playing significant role in ensuring peace and stability in the region. He also is the only leader in the Middle East, who has shown the magnificent example of establishing a powerful news outlet like Al Jazeera, which is has succeeded in becoming the only news outlet from the Middle East that has gained popularity amongst millions of audiences in the every part of the world, including the West. In my opinion, contents of Al Jazeera have much bigger impact than CNN, BBC or any of those Western media outlets. In fact, Al Jazeera represents the Arab world to the global populace.

There is much to reflect on in Sheikh Tamim bin Hamad al-Thani’s extensive interview. A few highlights:

On recent great power competition, which has elevated global anxieties, al-Thani says, “We do not want to see the world polarized between two superpowers; that would be very dangerous. … Our country is a major ally of the US and the West in general, but our main importer of liquified natural gas is China. We can only note that there are great differences between them, but we hope that tensions can be resolved through diplomatic and peaceful means”.

Regarding the spike in global gas prices resulting from Putin’s war in Ukraine, Al-Thani asserts that “we want to help Europe and we will supply gas to Europe in the coming years. But it is not true that we can replace Russian gas. Russian gas is essential to the global market. The most important point is that we are all suffering from the situation, whether it is in terms of energy or food. That is why the war in Ukraine must end”.

When discussing the unresolved roots of the Arab Spring, the Qatari emir contends that there is much work to do: “Poverty, unemployment, unemployed graduates… Have we solved these problems? No, on the contrary, they have worsened! If we don’t address them, the events that they caused may repeat themselves. In my opinion, the best way to prevent turbulence … is to implement reforms, gradually … Qatar promised to educate ten million out of school children and we have surpassed that promise. Soon we will reach fifteen million primary school children. We also need to provide jobs, opportunities, but also let them express their opinions and differences. Qatar has established programs to help train more than two million young people in the Arab world and provide them with job opportunities”.