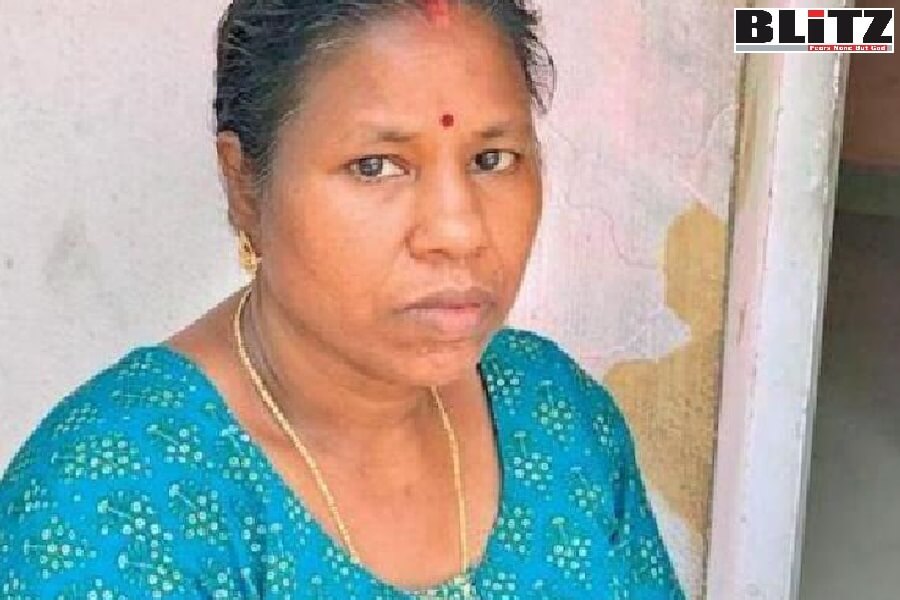 It certainly is not the only case where Indian Hindu females who are employed by Qatari employers mostly as domestic help are treated as slaves. Instead, this is just one of the cases, which has succeeded in drawing attention of the media. There are hundreds of Indian Hindu females (and also males) in Qatari houses, who are facing the extreme cruelty of being treated as slaves.

According to the New Indian Express, for 43-year-old Preethi Selvaraj, the offer of a job in Qatar was extremely lucrative and she could not resist it. She was living in a rented home at Njarackkal with her mother, husband and three children, with the family’s sole income coming from her husband who did not have a stable job. The family stayed afloat with the meagre income he made by doing odd jobs.

Due to such extreme economic condition, Preethi was delighted with the job offer to serve her Qatari employer as a nanny with a monthly salary of INR 23,000 (approximately US$ 308) per month. But her dream of serving in a polite Arab family in Doha quickly ended soon after she arrived in Qatar on March 4, 2020, on a visit visa she had availed with the help of two local agents in India namely Saleem and Zakheer. As her working in Qatar was illegal (as she did not have a working visa), Preethi fell victim of brutal abuse and regular torture at the hands of the Arab family. Soon after her husband took up the issue with an activist in Kerala, Preethi was able to return home with the help of a social organization. But before she succeeded in returning to India, Preethi had to work in Qatar for one year and four months.

Preethi surely was fortunate while majority of workers in Qatar, particularly those working as domestic help are not only facing brutal physical torture on a regular basis, they also are sexually abused and regularly raped by the male members of the families.

During her stay in Doha, when Preethi repeatedly requested her employer to send her back to India, to her utter shock, Preethi was told, she was a slave they had bought by paying thousands of dollars to those agents. She was forced to work continuously without rest, and was only allowed to eat the food they dumped as waste. Two Arab women in the family used to beat her up regularly, while her mobile phone was taken-away so that she could not contact her family members.

According to Preethi, she was allowed to take rest for four hours a day.

Even the employer stopped paying her salary as she continued to request them to send her back.

On her return to India, Preethi Selvaraj lodged a complaint with the local police station.

According to Amnesty International, in 2017, Qatar introduced the Domestic Workers Law, which stipulated limits on working hours, mandatory daily breaks, a weekly day off and paid holidays. Three years on, 90 of the 105 women contacted by Amnesty said they regularly worked more than 14 hours per day; 89 regularly worked seven days a week; and 87 had their passport confiscated by their employers. Half of the women worked more than 18 hours per day, and most had never had a single day off at all. Some also reported not being paid properly, while 40 women described being insulted, slapped or spat at. One woman said she was treated “like a dog”.

There are around 173,000 migrant domestic workers in Qatar. Some of the women Amnesty International interviewed were still in their jobs. Others had left but remained in Qatar, and others had returned to their home countries. Like the women themselves, the employers they described were from many different countries.

Qatar has utterly failed to hold abusive employers to account, which means there is little to deter future abuses. Practices such as passport confiscation and unpaid wages, which indicate forced labor, are not being automatically investigated, and rarely face consequences even when they refuse to hand passports over or pay dues.

Most horrifying side of the cruelty on domestic help is rape and sexual abuse. In most cases, these females get pregnant as Arab employers mostly do not use any protection. As a result, some of them are sent back whom immediately after getting pregnant while others even are sent back with the illegitimate child. There have been dozens of cases where female workers returning from the Arab countries were accompanied by their illegitimate child. Those Arab employers do not bother much about the consequence or criticism of such regular cases of sexual abuse as they know, there are thousands of females from a number of Asian countries who are ready to accept job offers as domestic help, mostly because of poverty or economic hardship.