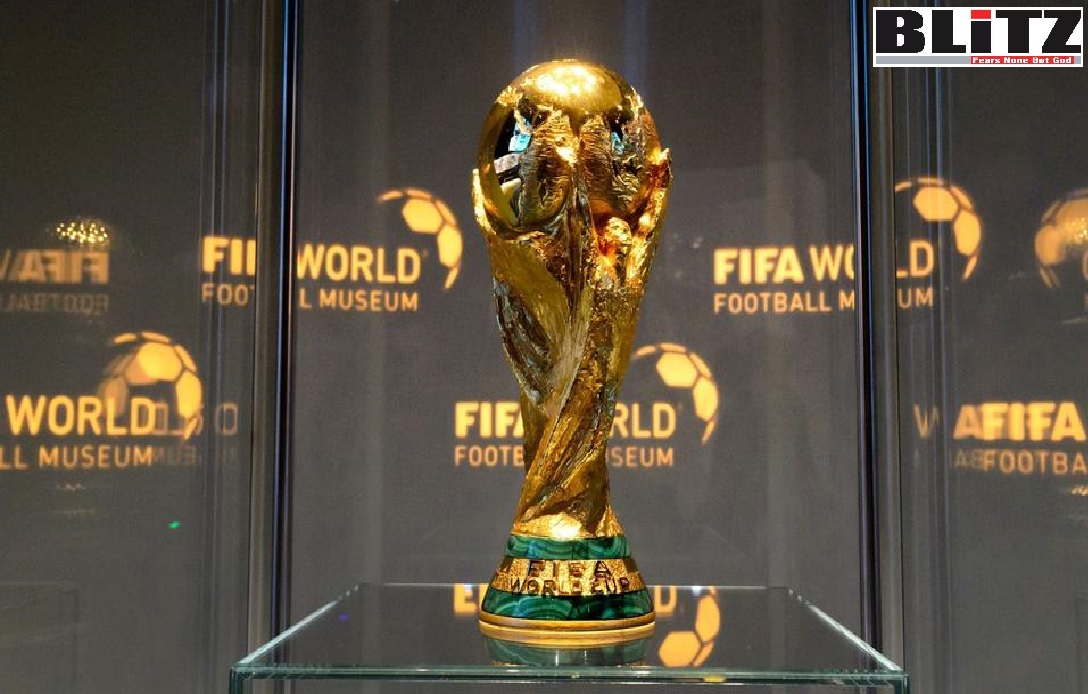 FIFA, the governing footballing body, voted the World Cup Football Finals be played in Qatar in the month of November when average temperatures are 80 degrees plus. A winter game to be played in the overpowering heat of a desert climate.  You could not make this up. This is the equivalent of the International Cricket Council voting the Cricket World Cup be played in the Arctic during December.

The decision appears to be utterly ludicrous but corruption, financial and political was clearly the driving decision making factor.

Corruption has contaminated football at all levels as witnessed with Sepp Blatter, ex FIFA President, and Michel Platini, ex UEFA President being charged with fraud and standing trial in June. We have been witnessing to global, copious betting frauds involving players and officials at all levels and bribes to agents regarding player transfers. This is to be expected and is of no surprise as corruption and soccer go hand in hand.

However, the choice of Qatar for the world cup finals is not only corrupt, totally absurd but more importantly morally indecent as it mocks and ignores those victims of modern-day slavery and terrorism. There is a mountain of evidence that links the government of Qatar and the organizations it controls within Qatar with funding terrorists throughout the Middle East and Africa specifically in the Sahel region. This article will identify a few examples but any reader can easily do a google search to verify what I have scribed herein.

Qatar sponsored terrorists in Libya and continues to sponsor jihadist groups in Syria, such as the al-Nusra Front responsible for at least one hundred thousand deaths in the last decade. Similarly, in Pakistan, Afghanistan and the Sahel region Qatari finance has sponsored jihadist slaughter, despair, starvation and total misery to millions of innocents. Numerous civilian deaths in the poorest regions, destruction of infrastructure, slaughter of livestock and burning of crops all funded by the Government of Qatar.

The totalitarian theocrats of Hamas whose Charters demand Jew extermination and subservience to Islam, or death of all other races and religions have and continue to benefit financially from the Qataris where the Hamas hierarchy are ensconced in luxury villas directing their moppets in Gaza to kill Jews.

Football’s governing body were and still are, oblivious to Qatari involvement in sponsoring terrorism and lacked the human decency and moral obligation to investigate such claims. Given the moral bankruptcy within Soccer’s hierarchy, any such investigation would probably have made no difference and maintained Qatar as their chosen location.

It is therefore unsurprising that FIFA have also ignored the Qatari love of slavery and deaths linked to slavery. A report by the Guardian in February 2021 estimated that since being rewarded with hosting the World Cup more than 6,500 immigrant workers from India, Pakistan, Nepal, Bangladesh, and Sri Lanka had died in Qatar as a result of slave labor. The actual death toll is significantly higher as workers from other countries exporting labor such as Kenya and Philippines were left statistically unrecorded.

“We asked the FIFA secretary general, Jerome Volcke if they wanted their stadiums to be built by slave workers, by exploited labor”, This quote cited by Amber Yuson general secretary of the Building and Wood Workers International as reported by Reuters.

Apparently an ultra-boring, intellectually inadequate Sky TV Football presenter, Gary Neville, who is an ardent supporter of the ex-Labor leader Jeremy Corbyn and has designs on a political career, recently suggested such deaths and slave labor were doubtful. I guess Sky has negotiated TV rights for the World Cup. I’m not sure of Mr. Neville’s competencies regarding football but on the subjects of slavery and terrorism he is an idiot. If Mr. Neville has hopes of representing the Labour Party perhaps you should educate yourself on workers’ rights linked to your own profession and stop putting your footballing feet into your garbage spewing footballing mouth.

So notwithstanding the absurdity of having the most prized footballing competition being played in a totally incompatible, hostile climate endangering the health of the players, it is also being played in a country responsible for funding terrorism responsible for the deaths, directly and indirectly of millions of people globally and facilitating slavery. And the footballing authorities and the players are contented.

How then do the players, especially those in the United Kingdom reconcile their season long, pre match act against racism and support for equality with their ‘bending the knee’ theatricals. Encouraged by the footballing authorities all players before kickoff take a few moments and kneel on one knee as a sign of their stance against racism. Yet these same players and authorities are quite at ease with having the most important competition of their sport played in a country which practices racism as a matter of normal activity. The hypocrisy is nauseating and exposes football and footballers for what most of them are – financially greedy, ignorant, imbecilic, hypocritical and morally indecent.

Other Arab countries are guilty of racism and slavery – Mauritania, Mali, Tunisia, Algeria, Somalia and others in the region. The perpetrators are brown, Caucasian Islamists and the victims are indigenous non-Muslim Africans. Apartheid, racism, jihadist killings and religious intolerance are part of everyday life for millions of non-Muslim black Africans.

I do a certain injustice by tarring all of football with the same brush of inertia as apparently national soccer teams in Norway, the Netherlands and Germany have protested about Qatar staging the finals. Perhaps others could follow this standard.

Perhaps the footballers and fans should question those players from the countries noted why they take the knee.

Perhaps the morally decent within the sport will put their heads above the parapet and protest against Qatar and their governing body and show solidarity with the victims of Qatar’s international financing of terrorism and slavery.