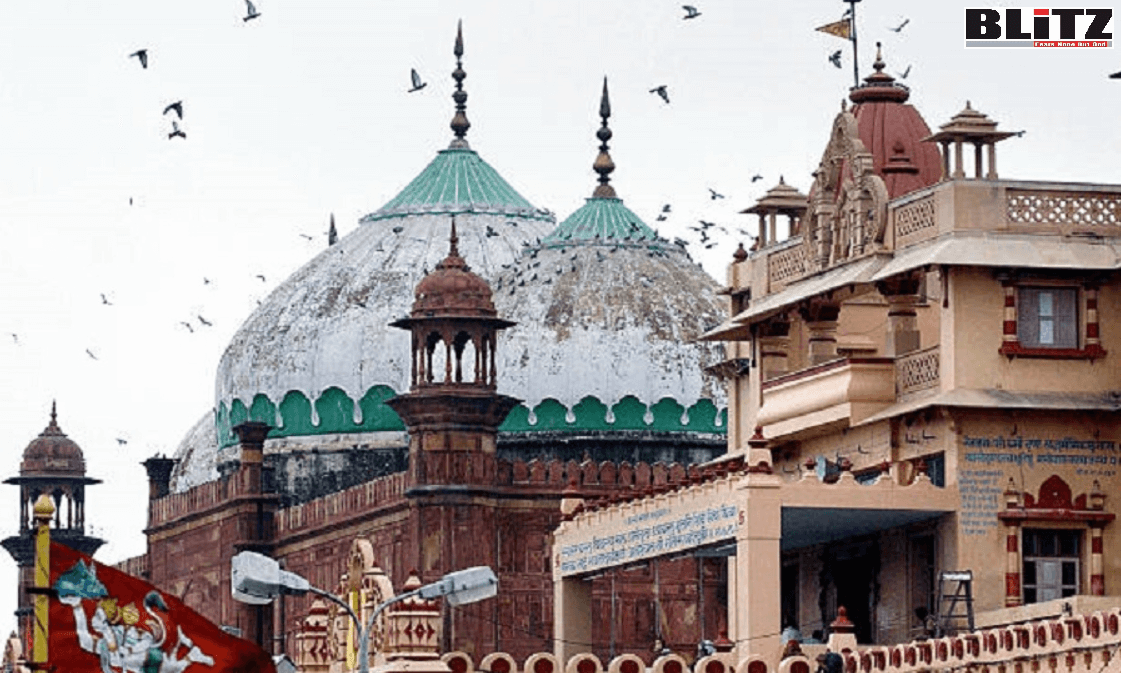 Gradually radical Hindutva is exposing its nasty fang in India. First, they tore-down century-old Babri mosque under the pretext of birthplace of Ram [a Hindu god] and now they are going to destroy another mosque in Uttar Prasdesh’s Mathura, claiming it to be the “birthplace of Krishna”.

A statement issued by Shahi Idgah Management Trust Committee in India said, it has filled an appeal with the Supreme Court against the dismillas of a civil suit seeking ownership of 13.37-acre land near the Krishna Janmabhoobi temple and removal of the Shahi Idgah mosque.

According to Press Trust of India and other Indian newspapers, a group of Hindus has moved a Mathura civil court claiming that the Idgah mosque built during the rule of Mughal emperor Aurangzeb, in 1669-70, is the exact birthplace of Krishna.

The petition filed in the court of Mathura Senior Civil Judge Chhaya Sharma in September last year has also demanded the annulment of a 1968 Mathura court ruling, ratifying a land deal reached between the Shree Krishna Janmasthan Seva Sansthan and Shahi Idgah Management Committee, perpetuating the existence of the mosque within the temple premises.

“Every inch of land of Katra Keshav Dev (as the place is known historically) is sacred for devotees of Lord Shree Krishna and (the) Hindu community,” the petition said and sought the “removal of encroachment and superstructure illegally raised” on it “by Committee of Management of alleged Trust Shahi Masjid Idgah with the consent of Sunni Central Board of Waqf”.

According to a report in the Indian Express, the petitioners challenged the land deal as “illegal and void ab initio (not legally binding)” and maintained that the land was vested in another trust, Shree Krishna Janmabhoomi Trust. Under the terms of this “compromise”, the two sides demarcated their respective share of the land, the petition stated.

The plea also contended that “the original karagar (prison) – i.e. the birthplace of Lord Krishna – lies beneath the construction raised by” the mosque trust, a fact it claimed would become evident “after excavation”. The petitioners alleged that the mosque trust and the Seva Sangh “entered into a compromise and created artificial karagar” in order to “hide said fact from the public due to political reasons”.

The petition was filed by Lucknow resident Ranjana Agnihotri and five others, including Delhi resident Parvesh Kumar, Rajesh Mani Tripathi of Siddharth Nagar in Uttar Pradesh, Karunesh Kumar Shukla of Basti, and Shivaji Singh and Tripurari Tiwari, both of Lucknow.

Agnihotri, 51, has also moved the court as the next friend of both the deities, Sri Krishna Virajman and the Asthan Shrikrishna Janam Bhoomi, Katra Keshav Dev, claiming both to be juristic persons, liable to be represented in courts by their next friends, if the temple ‘shebaits’ fail to move court to protect deities rights and interests.

The petitioners have arrayed four organizations as the respondents in their plea. They include the UP Sunni Central Waqf Board and the Committee of Management of the Shahi Masjid Idgah, the 17th-century mosque existing within the temple premises.

The petitioners made the two temple bodies as respondents arguing that they have failed to protect the interests of the deities.

On the timing of the moving court, the petitioners have asserted that the cause of action against the continuing wrong has been accruing every day and it last accrued on January 15, 2020, when the plaintiffs had visited Mathura to pay their obeisance to Hindu Lord Krisna and were shocked to see a mosque existing right within the temple.

The petition also stated that provisions of the Places of Worship (Special Provisions) Act, 1991, which said that, barring the Ram Janmabhoomi-Babri Masjid dispute which was already in court, the religious character of a place of worship as it existed on August 15, 1947 will continue to be the same, was “not applicable in this case”. The law’s constitutional validity is currently under review.