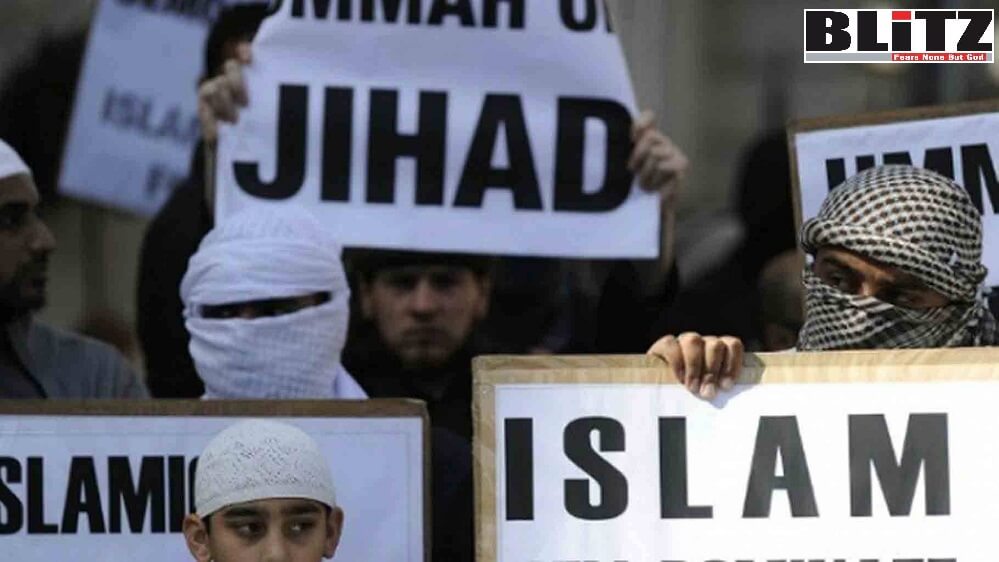 Despite the fact that it is mandatory for every Muslim to have trust in Judaism and Christianity, Torah and Bible as well as Moses and Jesus, radical and political Islam are continuing mutilating these religions.

December 25 is a public holiday in Bangladesh – the third-largest Muslim nation in the world. Historically Bangalis have never been preaching political or radical Islam. Instead, Sufism or Sufi type of Islam, which educates religious tolerance and interfaith harmony is being the guiding principle for the people of this country. In Bangladesh, Christmas is observed both by the government as well as local Christian and non-Christian communities. To Muslims although Moses and Jesus as prophet of God, unfortunately, Judaism still remains an “alien religion” to majority of the people in Bangladesh, Jewish religious festivals are not observed in this country, either officially or privately, except for an annual Rosh Hashanah party organized by Blitz.

Sufism is not necessarily a sect of Islam, as you would have Catholics and Protestants in Christianity. Rather, it is more of a pathway, an approach or an interpretation that more inward-looking and metaphorically-minded Muslims tend to take, no matter what sect they belong to. It is not a single cult movement, but more of a movement to which several cults, orders and fraternities subscribe to.

It is also not representative of all followers of Islam, as some Muslim scholars criticize certain aspects of Sufi belief as being too subjective and having no basis within the holy text of the Qur’an or teachings of the Prophet Muhammad.

On this important issue, Raymond Ibrahim, a Shillman Fellow at the David Horowitz Freedom Center in an article on My London wrote:

We all know the legendary tale of St George and how he slayed the dragon, even if many of us find the story far-fetched and very detached from what we really know about England’s patron saint, especially considering that the dragon didn’t enter the narrative till centuries after his reported martyrdom in the year 303 C.E.

Even if the details of how St George, who was born in modern-day Turkey and raised in his mother’s homeland of Palestine, came to be associated with the British Isles are sketchy, St George’s Day on 23rd April always provides a good excuse to go out drinking with our mates.

Then again, when did anyone ever need an excuse?

However, there is another version of the story of St George that the vast majority of us chugging down our pints in honor of a godly man who most likely preached against drinking aren’t aware of.

That being the narrative upheld by an order of Muslim spiritualists and mystics, known as Sufis.

The story of Al-Khidr is found in the 18th chapter of the Qur’an, which is titled as Surat al-Kahf, or in English, Chapter of the Cave. In the Qur’an, Al-Khidr is mentioned as a contemporary of the Prophet Moses, who is believed to have been alive over 1,000 years before St George was born.

In the Qur’an, Al-Khidr is introduced as someone who God sends to Moses to educate him about the hidden world of divine knowledge. Owing to his speaking to God and all, Moses comes to believe that he is the most knowledgeable among men. So, God tells Moses to head in a particular direction. The true purpose of his mission remains a secret till he gets to wherever he is going.

Eventually, Moses finds himself at the junction of two seas. Where that is exactly is not known. That’s when he meets Al-Khidr, who takes Moses on an adventure, only on the condition that Moses won’t speak unless he’s spoken to. Moses agrees, and follows Al-Khidr on his journey, where the latter is seen to behave in some shocking and peculiar ways. Every time Moses opens his mouth to question Al-Khidr’s actions, Al-Khidr reminds him of his promise to stay quiet. After witnessing everything he does, Moses receives a debrief from Al-Khidr in which the wisdom behind his deeds is explained. Moses is left humbled, and ultimately concedes to not being as knowledgeable as he thought he was. Al-Khidr is not mentioned in the Qur’an again.

There are different interpretations among Muslim scholars about who this mysterious “Green Man” really is. Some say he was another prophet, while others say he was a saint. A wide range of theories exist regarding his background, but in Turkey, Syria, Lebanon and Palestine, he is linked to St George.

Palestinian Christians still regularly travel from Bethlehem and Nazarath to visit a church that was erected in St George’s honour. Right next door to the church stands a mosque, named after Al-Khidr. On St George’s Day, which in Eastern Christianity is marked on May 6, Muslims in the area join Christians in their venerations of the saint.

In many Muslim and Christian societies around the Levant and the Balkans, May 6 also coincides with the day of Ederlezi, or Hidirellez. The first part of the word comes from Al-Khidr, while the second part comes from the Jewish prophet Elias, otherwise known as Elijah. According to some Sufi traditions, the Prophet Elias, Al-Khidr and Saint George are all the same person. They believe Elias reappears at different times in human history under different names to help stricken believers in times of crisis.

Another Sufi account of Al-Khidr is that he was a commander in the army of a legendary king, identified in the Qur’an as Dhu’l-Qarnayn, which is more of a nickname that translates to “Possessor of the Two Horns”. While some Muslim scholars speculate the Dhu’l-Qarnayn was Cyrus the Great, others believe he was actually Alexander the Great. Some disagree with both camps. Either way, this particular king’s identity is a mystery.

We need to remember, Judaism, Christianity and Islam share many of the same beliefs and even holy characters, creating rapprochement between the three faiths.

Here, Raymond Ibrahim said: “Left out of this calculus is the all-important fact that Islam does not treat biblical characters the way Christianity does. Christians accept the Hebrew Bible, or “Old Testament,” as it is. They do not add, take away, or distort the accounts of the patriarchs that Jews also rely on.

“Conversely, while also relying on the figures of the Old and New Testaments—for the weight of antiquity and authority attached to their names—Islam completely recasts them in a manner that validates itself and invalidates Judaism and Christianity. This would seem to burn rather than build bridges.

“Consider, for example, Islam’s treatment of Jesus (‘Isa in the Koran). Not only does Islam vehemently deny Christ’s sonship to God, a new book on Islamic sources inadvertently underscores the fact that ‘Isa is the antithesis of Jesus—his doppelganger.

“Although Muslim Sources of the Crusader Period by professors James E. Lindsay and Suleiman Mourad is full of important historical documents from that era, including first time translations, the writings of Ibn ‘Asakir (1105-1175)—an influential Islamic scholar who also authored the popular Forty Hadiths for Inciting Jihad—on Jesus, based on established hadiths, are germane to our topic.  From beginning to end, Ibn ‘Asakir, like all other Muslim scholars before and after him, uses Jesus to validate Islam and invalidate the actual faith founded by Christ.

“According to these Muslim accounts, Jesus will indeed return—Christian “bridge-builders” to Islam can be happy about that—but only to “break the crosses, slaughter the pigs, end the jizya tax on non-Muslims, making warfare against the People of the Book (e.g. Jews ,Christians, Zoroastrians etc.) and others licit…” (p. 158) In short, Islam’s Jesus seems to be a jihadist on a par with ISIS”.

Despite strong bondage between Judaism, Christianity and Islam, political or radical Islam is the main culprit in creating dispute and confusions, thus dividing the cousins (Jews and Christians certainly are cousins of Muslims) thus spreading the venom of religious hatred and jihad. This is the key reason behind many of the ignorant Muslim nations still continuing to deny the existence of the State of Israel – a land gifted by the God to the Jewish people. Such venom of hatred is responsible for political or radical Islam playing notoriously in mutilating Judaism and Christianity.

Muslims should walk out of the evil and vicious influence of political and radical Islam and promote culture of peace and interfaith harmony. This is the only way where we can find ourselves in a peaceful world.