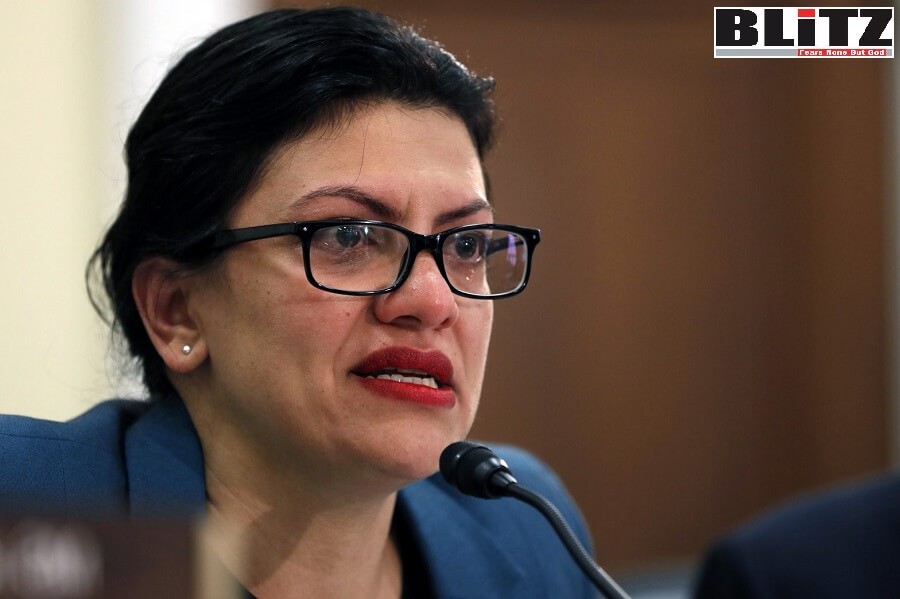 That’s exactly what we’ve needed to hear from Pelosi or from President Joe Biden, who egregiously praised Tlaib earlier this year as a “fighter” and promised to keep her Palestinian relatives safe from the Israelis rather than denounce her, as he should have, as a purveyor of Jew-hatred and lies about the Jewish state. Writes Jonathan Tobin

Thursday, Sept. 23 was a banner day for pro-Israel Democrats. But in the aftermath of the party leadership’s swift move to undo what had seemed like a stunning triumph on the part of their leftist wing, the question to be asked is not why Rep. Alexandria Ocasio-Cortez (D-N.Y.) wept on the floor of the U.S. House of the Representatives. Rather, it is whether the Democratic establishment will have many more such victories over the increasingly loud voices being raised against the Jewish state by their activist base.

The surprise vote came only two days after the House leadership bowed to the demands made by the ringleader of the leftist “Squad” to remove the provision to pay for the missile-defense system from a stopgap budget bill needed to fund the government. House Speaker Nancy Pelosi had included the Iron Dome in that massive piece of legislation as a ploy to embarrass Republicans. But she failed to account for the fact that a significant minority of her own party would vote against it because it included a provision that supported Israel. Faced with the certainty that enough left-wingers would defect to sink the legislation, she backed down.

While it was assumed that the funding would be approved later in the session, it was nonetheless an embarrassment for pro-Israel Democrats and a personal humiliation for both Pelosi and House Majority Leader Steny Hoyer. The octogenarian pair know that as long as they stay in their posts, the one thing they can’t afford is to be portrayed as weak with respect to the business of running the House.

The Democratic leadership has tolerated “The Squad,” whose numbers have grown from the original quartet since the 2020 election because they understand how popular AOC and her radical comrades like Reps. Ilhan Omar (D-Minn.) and Rashida Tlaib (D-Mich.) are with the party base, as well as with its pop-culture cheering section on the late-night comedy shows.

While they’ve never hesitated to label Republican outliers as beyond the pale, they’ve been careful to avoid being similarly frank about Omar and Tlaib’s predilection for anti-Semitism and allowed the former to escape censure for some of her more egregious hatemongering.

Famously, Pelosi allowed herself to be photographed with Omar and AOC for the cover of Rolling Stone magazine. That confirmed their status as party rock stars shortly after Omar accused Jews of buying Congress to support Israel with her “It’s all about the Benjamins” comment. But getting pushed around over budget maneuvering, which is the essence of running the House of Representatives, is quite another thing. Allowing the radicals to win on Iron Dome would be the end of any hope that the elderly odd couple running the House could maintain even the semblance of party discipline on any issue.

So rather than wait to push through Iron Dome funding, Hoyer decided not to let the anti-Israel faction have any time to enjoy their victory. He rushed legislation to the floor and made it clear to his members that they opposed this measure at their peril.

The result was exactly what Pelosi and Hoyer intended. Even many of those who are open foes of Israel got the message and, contrary to the indications that led to the budget debacle earlier in the week, most of them flipped and voted for the Iron Dome funding with even AOC and Rep. Hank Johnson (D-Ga.), another vicious Jew-hater who has referred to Israelis as “cockroaches,” voting “present.”

The final result in which the measure passed by a margin of 420-9, with only eight leftist Democrats and one Republican (Rep. Thomas Massie of Kentucky, a libertarian who votes “no” on all foreign aid and just about any other measure funding government activities) opposed, was a personal triumph for Hoyer and Pelosi.

During the course of the debate on the House floor, there was even a rare moment of verbal courage on the part of one Democrat regarding some of his colleagues. After Tlaib called Israel “a violent apartheid system,” Rep. Ted Deutsch (D-Fla.) called her out, rightly asserting that she was not telling the truth about an American ally. Even more to the point, he correctly noted that those like Tlaib, who think that one Jewish state on the planet was one too many, were engaging in “anti-Semitism.”

That’s exactly what we’ve needed to hear from Pelosi or from President Joe Biden, who egregiously praised Tlaib earlier this year as a “fighter” and promised to keep her Palestinian relatives safe from the Israelis rather than denounce her, as he should have, as a purveyor of Jew-hatred and lies about the Jewish state.

Deutsch’s speech didn’t get as much attention as the pictures of AOC weeping on the House floor. Taking pleasure in another’s pain isn’t nice.

AOC, however, is a vicious political bully, as well as a hypocrite who flaunts her undeserved celebrity (the champion of socialism who also makes appearances at gatherings of the mega-wealthy, like the Metropolitan Museum of Art Costume Institute Gala while proclaiming her intention to “tax the rich”) in the most unseemly manner. The sight of her crying over getting outmaneuvered brings to mind Oscar Wilde’s wisecrack about the demise of one of Charles Dickens’ most pitiable characters: “One must have a heart of stone to read the death of Little Nell without laughing.”

But any schadenfreude over her discomfort notwithstanding, AOC’s vulnerability to pressure was curious. Some initially saw her switch in voting from “no” to “present” as an indication that she was worried about losing liberal Jewish voters in a future primary challenge to Senate Majority Leader Charles Schumer or in holding her seat after redistricting. But that theory was exploded a day later when she issued a public apology for not voting against Iron Dome, reassuring progressives and the rest of the party base that she shared their antipathy for the Jewish state and its right to self-defense. Not unreasonably, she thinks being labeled as insufficiently anti-Israel is a greater threat to her political future in the Democratic Party than being seen as a moderate on the issue.

Yet it was telling that The New York Times, which has increasingly welcomed anti-Zionist voices on their opinion pages as well as allowing them to color their news coverage, sympathized with AOC. In the first version of the article about her decision, it said that she and other liberals were subjected to intolerable pressure from the “still powerful pro-Israel voices in their party, such as influential lobbyists and rabbis.” That line was subsequently deleted from the article without noting the change in violation of the Times’ own policies. But the casual slur, as well as the claim in the article that Hoyer was acting at the behest of the Israeli government, shows how willing the flagship of liberal journalism is to promote anti-Semitic narratives.

For now, the aged leaders of the Democrats are still in charge, and that has to be frustrating for AOC and the Times. Yet the problem is not just the ability of radicals to gain so much attention and applause even when they fail but what happens after Pelosi, Hoyer and Schumer (not to mention Biden) are gone from the scene.

It’s by no means clear who will replace them as Democratic leaders. Indeed, one likely pro-Israel successor to Pelosi, former Rep. Joe Crowley (D-N.Y.) was ousted by AOC in 2018. One would like to think that relative moderates and supporters of Israel like Deutsch are the future of the Democratic Party. But until he is invited on nighttime comedy shows to repeat his denunciation of the hate exhibited by “The Squad”—something that is about as likely as an invitation to former President Donald Trump—we’re entitled to wonder whether Thursday’s victory for pro-Israel Democrats is not so much an indication of their continued strength as a last hurrah for a faction that may be on its way out.