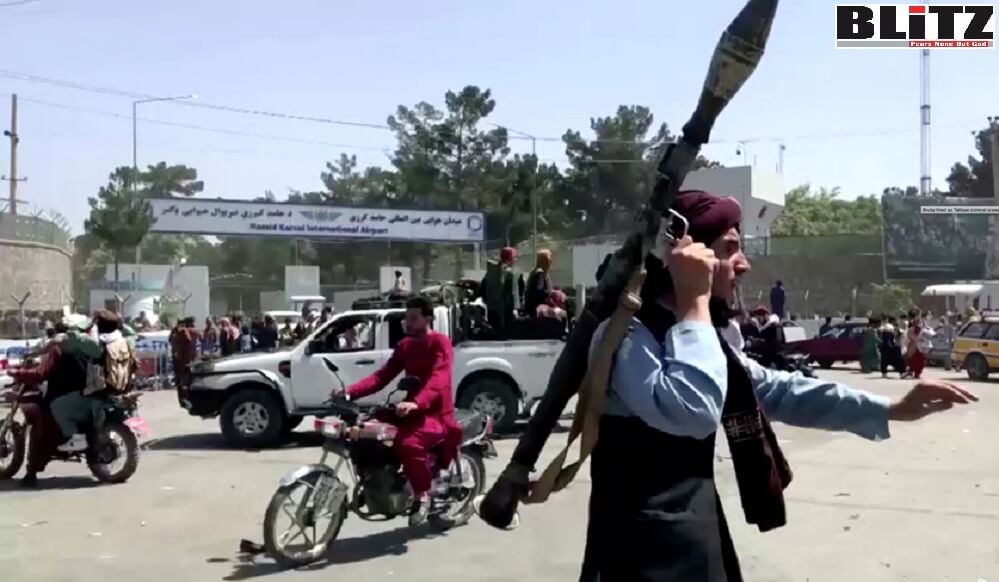 Turkish President Recep Tayyip Erdogan has signaled of recognizing the Taliban government in Afghanistan. It may be mentioned here that, Erdogan denounces moderate Islam stating “Islam cannot be either ‘moderate’ or ‘not moderate.’ Islam can only be one thing.” He added that the “patent of this concept originated in the West,” which “really want[s] to weaken Islam”. Writes Uzay Bulut

Turkish President Recep Tayyip Erdogan has recently clarified his stance on the Taliban, referring to Islam as the common ground between Turkey and the jihadist organization.

On July 20, Erdogan said that Turkey could negotiate with the Taliban about Turkey’s plan to run the Kabul airport after the withdrawal of the US troops. He explained to members of the press in Turkish-occupied northern Cyprus:

Just as the Taliban held some talks with the United States, the Taliban should probably hold these talks with Turkey much more comfortably. For Turkey has nothing that contradicts their [the Taliban’s] faith. And because Turkey has nothing that contradicts their faith, I think that we will be able to discuss and agree on these issues better. And there is a process flowing from Doha to there. I think we will evaluate this process well.

Erdogan’s open signaling to Doha, the capital of Qatar, one of the prominent financiers of the Muslim Brotherhood, is remarkable. Apparently, by saying “the process [is] flowing from Doha,” Erdogan refers to the future – or perhaps current – lucrative contracts among the Taliban, Turkey and Qatar.

In a later interview, Erdogan said that Turkish authorities are working to establish dialogue with the Taliban:

Turkey’s relevant institutions are currently working until we have some talks with the Taliban. Maybe even I can be in a position to receive the person who will be their leader.

Meanwhile, Erdogan’s prominent supporters continue following his steps regarding the Taliban. One is Professor Mehmet Boynukalın, the former chief imam of the historic Hagia Sophia Church in Istanbul, which last year was converted from a museum into a mosque. Boynukalın praised the Taliban, saying:

May Allah help them and enable them to rule with truth and justice.

Turkey’s pro-government media also appears in agreement. The pro-Erdogan newspaper Turkiye, for instance, portrayed the Taliban in an exceedingly positive light during an exclusive interview with a spokesperson of the terrorist group.

In the interview published on August 20, Suhail Shaheen, one of the founders of the Taliban and its current spokesperson, said that “they need Turkey the most in the rebuilding of Afghanistan.” He explained:

Contrary to what is known, as the Taliban, we have had close relations with Turkey. Turkey is a very important actor for us, a respected and powerful country in the world, and a nation and state that has a very special place for the Islamic Ummah [nation]. Moreover, Turkey’s bond with Afghanistan cannot be compared with any other country.

I openly declare that as the Islamic Emirate of Afghanistan, we need Turkey’s friendship, support and cooperation more than we need any other country. Afghanistan has rich underground treasures. But we do not have the power to process them. Our entire infrastructure has collapsed because of the [US] occupation and marauding rulers. We want to cooperate with Turkey in the fields of health, education, economy, construction and energy, and in the processing of untouched underground riches. It is our greatest expectation that our Turkish brothers will play an active role in these issues right after the internal balances are fully formed.

The 20-year war with the USA, in which we gave thousands of martyrs, is over. We fought primarily for the freedom of our people. Not for power or authority. We have gone through very difficult times, but throughout this period, the two most important factors that have led us to victory are the support of the Afghan people and our faith in Allah. In fact, this war was a kind of struggle of spiritual values against material ones.

Referring to the sharia rules and restrictions which the Taliban have imposed on Afghan people, Shaheen asserted: “We have banned these evils, which ruin the society in every way, both for the sake of the peace of our people and because they are the orders and prohibitions of Islam.”

However, many in the West are unwilling or intellectually incapable of drawing parallels between the Taliban’s actions and Islamic scriptures. Investigative journalist Daniel Greenfield noted in a recent article:

Americans didn’t invent the forever war. It’s been going on in the Islamic parts of the world for over a thousand years. It’s unfashionable and politically incorrect to mention it. That’s why the media carefully describes the Taliban as “religious students” without naming the religion. It’ll refer to Sunni and Shiite infighting in Iraq while leaving off the “Islam” part of the group.

The West’s mainstream media largely ignores or fails to understand the Islamic nature of the Taliban’s crimes, often implying that the Taliban are just fanatics who are not true representatives of the religion. Yet Erdogan has been consistent in his stance on the issue. In 2017, for instance, he rejected the concept of “moderate Islam.” He said, “Islam cannot be -either ‘moderate’ or ‘not moderate.’ Islam can only be one thing.” He added that the “patent of this concept originated in the West,” which “really want[s] to weaken Islam.”

As early as 2007, he said: “These epithets of ‘moderate Islam’ are very ugly, it is disrespectful and an insult to our religion. There is no moderate or immoderate Islam. Islam is Islam and that’s it.”

Erdogan, the media that operate as his mouthpiece and his other supporters have thus started to openly endorse the Taliban. However, the Turkish government’s willingness to further cooperate with the Taliban is not shocking at all. It is actually a continuation of a pattern, which is the Turkish government’s long-lasting support for Islamic terror organizations in the region.

The question is: Why does the West – and particularly NATO – turn a blind eye to Turkey’s President’s endorsement of the Taliban? Are they on the same page as Turkey concerning the Taliban and other Islamic terror groups in the region?