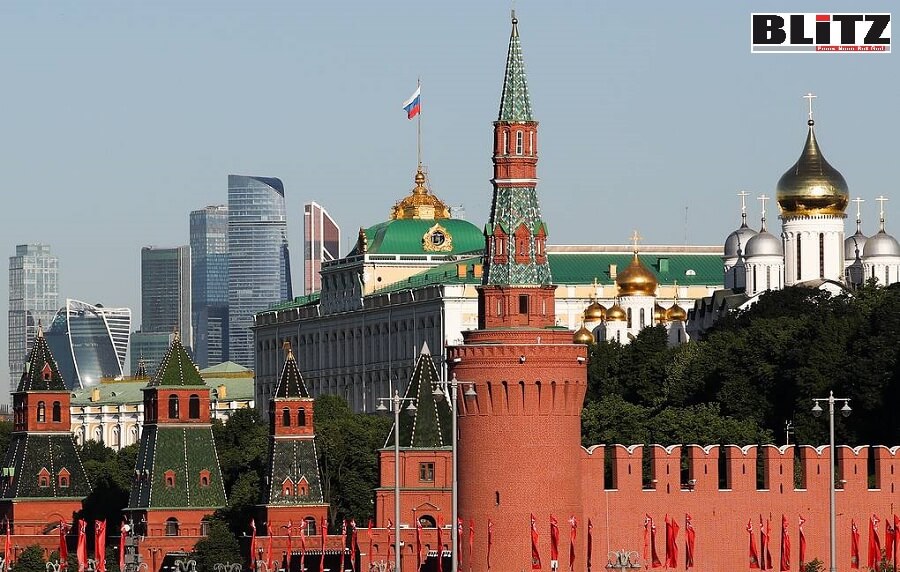 Unchecked—adequately– Russia has nearly doubled its military power along its border with Europe. The US military’s European Command had raised the threat to “potential imminent crisis”. Writes Oksana Bashuk Hepburn

Democracies must be relieved that Russia’s military buildup getting pushback: The United States is, finally, on board.

It’s been a long time coming.  In the interim, President Vladimir Putin has escalated his criminal activities: invading sovereign countries, murdering opponents, meddling in foreign elections, paralyzing cyber, faking news, and plying on the hearts and minds of democrats in order to erode trust in their governments and institutions.

Unchecked—adequately– Russia has nearly doubled its military power along its border with Europe. The US military’s European Command had raised the threat to “potential imminent crisis”.

Britain, Canada and others were swift to protest.  Foreign Minister Marc Garneau expressed our concerns about the current destabilization.  Alarms are ringing not only about the threat to Ukraine but concerning Putin’s recent trip to Siberia and his designs on our Arctic.

Most importantly was America’s response.  It launched a “telephone diplomacy” including calls from the US Secretary of State, the National Security Advisor, and the Secretary of Defense to Ukraine’s counterparts.  Then came the long-awaited call from President Joseph Biden—his first to President Volodymyr Zelensky–to offer America’s “unwavering support for Ukraine’s sovereignty and territorial integrity”.

These calls were vital.  They support Ukraine’s seven-year stand against Russia’s invasion of Europe.  Biden’s was key.  It signaled the return of America’s foreign policy to championing, once again, international law and democratic values which have guided the world order and ensured global peace for some 75 years.

It meant that “America is back” to counter Russia’s imperialistic aggression.

Others weren’t as forthcoming.

Germany, in particular, has held back in criticizing Russia’s buildup, its partner in the NordStream2 energy project.  Many worry that it’s another wily maneuver, like the 1994 Budapest Memorandum which consolidated the Soviet nuclear might in Russia’s hands in return for pledging non-aggression to Kazakhstan and Ukraine.  Now, Russia wages war on Ukraine and threatens the rest of us with nuclear annihilation.  Nord Stream 2 — weeks away from completion– will allow Russia to control Europe’s politics by threatening its energy supply.

The concern is well-placed.  Typically, Putin lies.  He perpetrates criminal action then covers up.  Today, he hurls fake news that Ukraine, not Russia, is the aggressor in its own land; America, the enabler.  He threatens NATO.  His lies are picked up by armies of dedicated and/or ill-informed on social media.

Ukraine is the key in the global play between democracy and dictatorship, between law or lawlessness.

Putin has used his time well to prepare his game plan.

Geographically, he controls the Black Sea’s military outposts in Crimea and Transdniestria.  He ensured his dominance in Belarus and has strong influence in Hungary.  He has been weakening France and Germany’s resolve by pulling them aside to discuss a “peace treaty” for his war in Ukraine: without Ukraine!  Ukraine shot back “Nothing without Ukraine.”

Yet, Russia’s hold on European foreign policy is visible throughout international institutions: “democrats” who work for the Kremlin for money, ideology, because of compromise, or ego.  Here’s a sampling from Twitter: “Crimean’s VOTED (rigged elections) to rejoin Russia because they’re not Nazi’s. The Motherland will protect them and hopefully take down that rat-infested white supremacist nation (he means Ukraine) so it can do no more harm to the people … #Crimea #USPuppersOfNATOTowillFail”. The italics in brackets are mine.

To protect itself, the free world needs more muscle to counter Russia’s military and psychological advances.

Our objective is to recapture the initiative in the dictatorship/ democracy play, regain the offensive and put Russia on the defensive.

The democratic offensive must state clearly that any aggressive moves on Ukraine, or failure to withdraw from its occupied territories within the next three months will lead to a united democratic front which will punish Russia further by increasing sanctions on key players and their families including Putin as has been done to other rogue leaders from Libya to Iran;

** embracing Ukraine as a “strategic partner” –like South Korea and Israel–in the global ideological war of democracies vs. dictatorships;

** creating an international body to battle Russia’s fake news; and

** replacing the Minsk agreements with more appropriate ones which will include the United States and be moderated by a neutral power like Canada.

Ukraine, free of Russia, is a victory for democracy and a safer world for all.

Oksana Bashuk Hepburn, formerly a consulting firm president and a senior policy adviser to the Government of Canada, writes on international political issues.