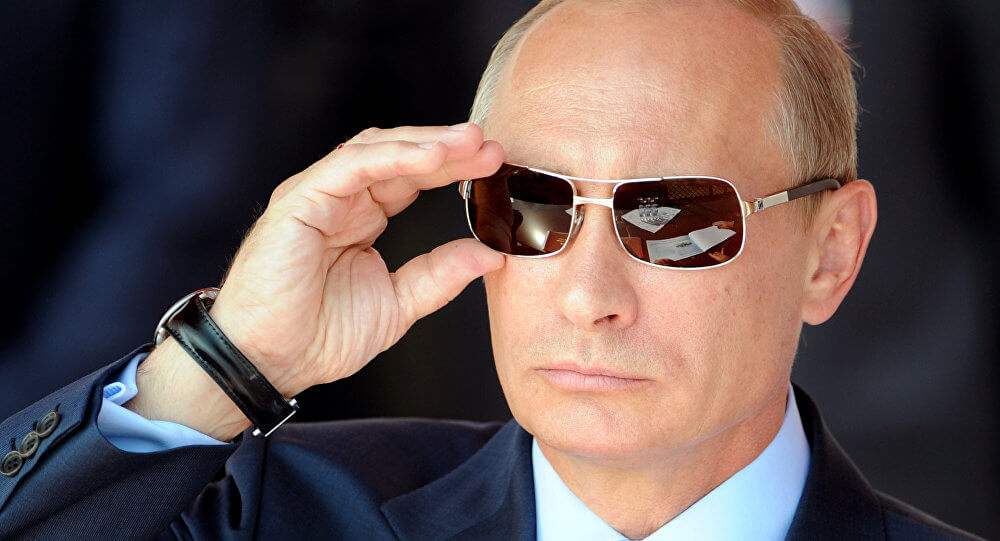 Russia under Putin falls neatly into the Russian historical cycle. When the old state is in decline, chaos ensues, and a new, powerful leader emerges to rebuild Russia.

There are plenty of comparisons from Russian history that echo Putin’s rise and success, but there are crucial differences, too, which help explain his inability to transform Russia into a truly global power.

The cycle runs this way: Russia sinks into chaos, rises from that chaos, returns as a regional and sometimes even global power, aspires to consolidate its gains through strongman rule and the addition of neighboring territories, and then collapses. Then the cycle begins anew.

One of the constants of Russia’s fateful historical cycle is its geography. Russia is vast, spanning almost the entire northern Eurasian landmass. However, far more than half the country is non-navigable (major rivers empty into the Northern Ocean). The climate is so harsh that it hinders any meaningful agricultural work beyond the Ural Mountains.

Russia’s heartland runs from St. Petersburg and the Finnish border southward to the Black and Caspian Seas. This heartland is essentially a series of plains that are vulnerable from all sides. Indeed, Mongol and other nomad invasions from the east in the Middle Ages, as well as European conquerors’ onslaughts from the west in the modern period, have forced Russia to try to expand its borders and create buffer zones between its heartland and rival regional powers in Europe and the Middle East.

To contain this immense geographic sphere, Russian leaders have had to expend enormous financial, military, and political resources. Moscow usually centralized control over its heartland and the surrounding territories, subsidizing the economies of most of the incorporated territories while managing their diverse populations. This drive to expand in order to survive, while successful for short periods, has proven unsustainable in the long run.

Historical cycles in Russia usually begin with a national catastrophe. Sometimes it is a result of internal havoc; sometimes it follows a foreign threat. The end result has always been the dissolution of the existing order in the ensuing chaos. After the collapse comes resurrection. The system that governed during the crisis is usually transformed into something new on the appearance of a strong figure. This new leader creates a stable system and reoccupies both the Russian heartland and the borderlands. New paradigms of a unified Russian space, where Russians and non-Russians would feel comfortable, are created to heighten a sense of national identity.

Three eras in Russian history demonstrate this recurrent pattern, which is rooted in Russia’s geography. This pattern can be seen in early-21st-century Russia under the rule of Vladimir Putin.

In the late 17th to early 18th century, Russia experienced a long period of chaos. The old Rurik dynasty’s rule was in a shambles and the entire state structure was in deep trouble. The army, the administration, and links of personal fidelity were weakened or totally destroyed.

The chaos lasted a decade. The result was a restructuring: a new dynasty headed by Mikhail I the Romanov. A new project of the Russian Empire (in all but in name) was born. The new dynasty set out to incorporate borderlands and compete with regional powers. That ended the famous “Time of Troubles.”

In the 20th century, the Russian Revolution caused the downfall of the Romanov dynasty and ushered in a period of civil war and chaos. The Bolsheviks managed to build a powerful base on which to recreate a fallen Russian Empire, albeit on a different ideological basis. Lenin and Stalin set out to reincorporate borderlands and reshape ethnic understanding within the newly created Soviet Union. Control over large territories then came under stress as large resources were spent on exercising control rather than on producing enough for the population. The result was an overextension of Soviet power.

Another good example of this was the fall of the Soviet Union and the ensuing military and social chaos, topped by the 1998 financial crisis. Attempts to transition to a market economy only led to radical privatizations and the rise of oligarchs, which in turn resulted in a nearly 40 percent decline in GDP. Numerous parties emerged with very different agendas. The security services and military were weakened while the Russian people struggled to find a new identity around which to unite. Secession attempts in some of Russia’s regions led to war, most notably in Chechnya.

As borderlands again rioted against the Russian heartland, so did some territories of Russia proper. It was to be expected that a Russian resurgence of some sort would happen under a new figure (similar to Mikhail I or Lenin or Stalin). Sure enough, under Vladimir Putin, prosperity set in.

Russia is strong militarily. Its economy, although under great duress from internal as well as foreign factors, is still in much better shape than it was in the 1990s. Putin, like his predecessors, set out to regain borderlands. War with Georgia, conflict in Ukraine, support for secessionist regimes across the former Soviet Union and the unveiling of the Eurasian Economic Union—these were some of his major moves to reshape Russia and return it to the club of major global powers.

Thus, the rise of Putin, and some of his government’s successes reflect the Russian historical cycle. He plays the role of savior on a par with Mikhail I and Lenin. However, although historical comparisons can be made, one must be careful not to overestimate some similarities.

If Putin’s rule directly followed the pattern, Russia should now be very close to military and economic preeminence, as it was under the first Romanov and Soviet leaders. It is true that he is popular and unlikely to face a real challenger. But Putin’s rule shows fundamental weaknesses. Like his predecessors, he is faced with Russia’s perennial problem – geography. But in Putin’s case, the geographic challenge is more problematic. NATO and the E.U. are expanding their influence in Eastern Europe and the former Soviet space. China is growing its military and economic power in Central Asia (yet another part of Moscow’s huge backyard). Economic problems are serious, and Western resolve to maintain and even increase sanctions against Russia is not abating.

Moreover, unlike the Romanovs or the Soviets, the Putin government does not possess an ideological tool. Putin’s Eurasian concept might be tempting, but it has no real economic essence. Too many important states across the post-Soviet space do not want to join the Eurasian Economic Union.

Historical parallels work, but they fail, too. Putin falls into the centuries-long Russian historical cycle of the rise and fall of the state, but there are crucial differences that will bar his government from transforming the country into a real global power.

Like Loading...
Recommended for you:
Continue Reading
Advertisement
You may also like...
Related Topics:Historical cycles in Russia usually begin with a national catastrophe, Russia's heartland runs from St. Petersburg, Three eras in Russian history