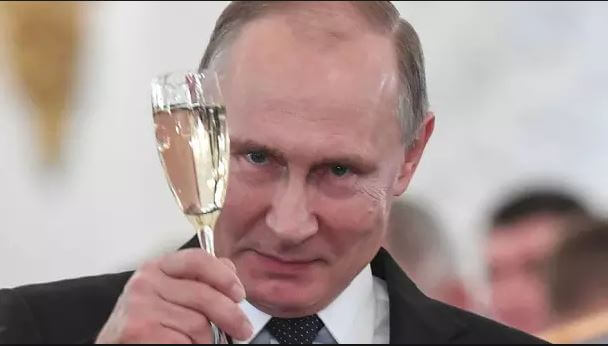 Russia has been subjected to numerous economic sanctions from Western countries that have tried to compel it to abandon its interventions across the former Soviet space. Although sanctions harm Russia’s economy and raise discontent among the population, they are unlikely to change Moscow’s behavior. Russia’s history shows that it is only military pressure that influences it to change.

The question of how Russia will evolve over the next few decades is one of the most perplexing and at the same time most central questions in modern geopolitics.

Russia has undergone fundamental changes since the collapse of the Soviet Union in 1991. They range from demographic shifts to foreign policy changes to rising domestic discontent to a troublesome economic situation.

The ongoing decline of Russia as a power contains several interconnecting trends. Demographic trajectories indicate that the Russian population, which has been decreasing, is set to decline even further in the coming decades. In 2012, the Kremlin estimated that Russia’s population will diminish from over 144 million people to 107 million by 2045-2050.

This demographic decline reflects several factors, such as a low birth rate and the HIV crisis. Moreover, the number of ethnic Russians is in decline relative to the size of the Muslim population.

The Russian decline is also characterized by technological underdevelopment, a process that began in the last decades of the Soviet Union and accelerated in the 1990s.

The situation within the country seems quiet, but it is tense in the outer regions. Ethnic minorities might begin to raise their voices once the center – Moscow – starts to experience deep economic troubles.

From a wider historical perspective, Russia has always been technologically and economically backward. Even after the first two Five-Year plans under Josef Stalin in the 1930s, when the country experienced a near-doubling of industrial output in comparison with previous years, Soviet Russia still lagged far behind the European states. Farther back, in the Romanov era, Russia was backward in terms of economics and other crucial components of state development.

There are many other components to the modern “decline of Russia” model. Inter-elite fighting in the Kremlin has an effect, as do the huge expenditures on special security agencies and the state army.

However, while these trends are important, they are simplistic and don’t take sufficient account of the Russian mindset. If political sovereignty in the West emanates from below, in Russia the government relies on coercive measures to control the vast country. Not only is this state of affairs not anathema to most Russians, but they expect their leaders to be tough-minded and heavy-handed. Hence the Kremlin’s lack of concern over the current anti-government demonstrations which, in contrast to their over-dramatization by the Western media, reflect the views of only a small fraction of the Russian population.

Respect for and obedience to authority are a key part of the sociopolitical ethos of Russian society, which is neither overly democratic nor fully European nor despotically Asian.

However, it should be noted that while Russia has been always backward in comparison to Europe and has experienced consistent varieties of internal problems over centuries, it is foreign policy that tends to disrupt the politics of Russia and weaken the country.

War with Japan in 1904-05 ushered in the 1905 Revolution, at which time deep internal problems arose. People were revolting, workers’ soviets (councils) were created, and Russia’s foreign policy decision-making process was affected. Twelve years later, defeats during WWI and subsequent economic troubles brought about the 1917 February and October Revolutions. Russia experienced a dramatic change in which imperial leadership was replaced by a nominal workers’ government. During the period of the Soviet Union, the war in Afghanistan was a defining moment in the decline of the Communist state and a major cause of its eventual disintegration.

It is true that in all the above cases, Russia’s internal economic and social troubles played an important role – but it was direct foreign military pressure that was instrumental in causing reverberations inside Russia. Although this kind of pattern might apply to most big geopolitical players, the Russian case is different. Throughout their history, Russians have tended to be loyal to their rulers. This is part of the Russian mindset.

This brings to mind current geopolitical conditions in and around Russia. The prevailing crisis between Russia and the West, which is the product of many fundamental geopolitical differences both within the former Soviet space and outside it, will not abate for the time being. Moreover, the successful western expansion into what Moscow always considered the “Russian backyard” halted its projection of power and diminished its reach into northern Eurasia (fast-developing China, Japan, other Asian countries, and the technologically modern European landmass).

However, this might not be enough to dramatically influence Russia’s state development. Direct military involvement in foreign countries is what Russians fear most. Westerners hoped that Russian troops would be bogged down in Syria, but this did not happen. Similarly, many thought Ukraine might turn into a major battleground, but this too has not transpired. NATO’s expansion might seem to Moscow to be a fundamental threat, but it is unlikely that a major military confrontation will break out between the two.

Over the past several decades, Russia lost a great deal across the former Soviet space, and it continues to lag behind the West. But internal problems alone do not produce radical changes in Russia. Russian history shows that foreign military pressure is the fundamental source of change, and that is exactly what Russia is not facing at the moment.