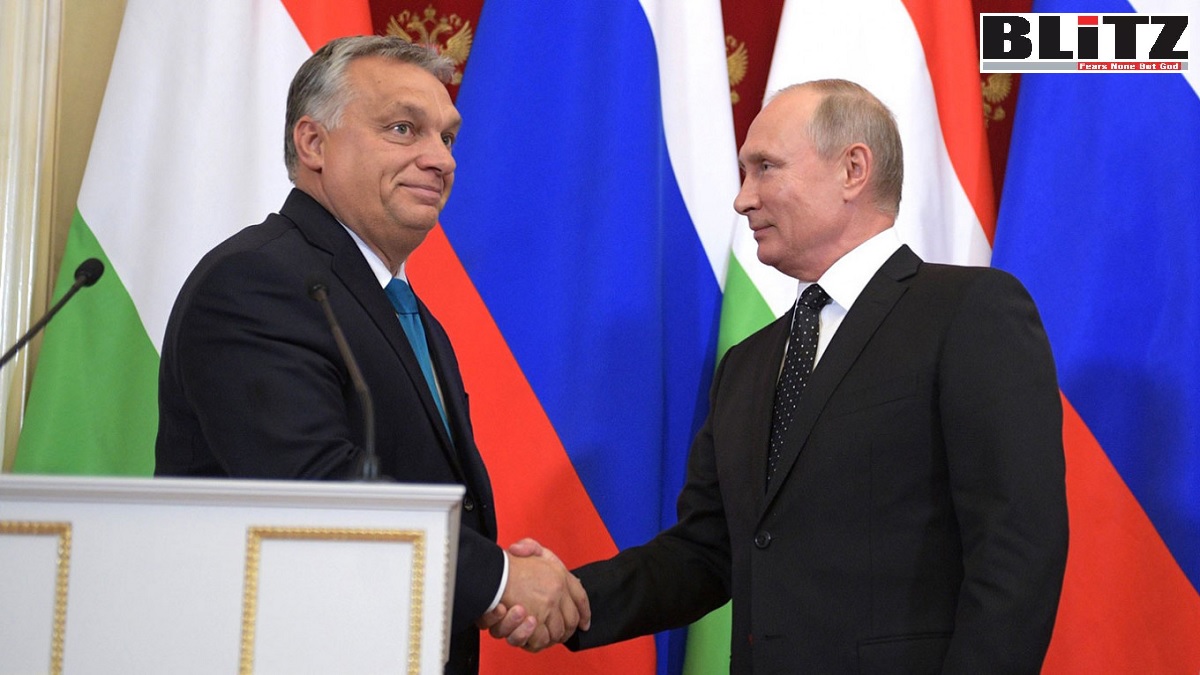 With anti-Russia hysteria spreading throughout the West, Hungarian Prime Minister Viktor Orbán demonstrates that it is possible to pursue policies that serve national interests despite the supposed constraints of being in a supranational bloc like the European Union. The latest warning from Budapest that sanctions on Moscow will do more harm to Europe than weaken Russia appears to still be dissident to EU officials. It is already mid-2022 and the war in Ukraine is not any closer to a conclusion, with fighting inevitably to continue right through the summer. However, as winter approaches, it will become clear to even the most ardent deniers in the EU that the anti-Russia sanctions are self-harming.

Speaking on the sidelines of an EU leaders summit on June 23, which granted EU candidature status to Ukraine, Balázs Orbán, a senior aide to the prime minister and with no relation to him, said to Reuters that: “At the end of the day, Europe will be on the losing side of this war because of the economic problems. Our recommendation would be that we should stop the sanction process.”

“Right now, what we experience is that the more sanctions we accept, the worse shape we are in. And the Russians? Yes, it hurts them as well, but they survive. And what is even worse, they proceed in Ukraine,” he added.

Since the beginning of the Ukraine war, Budapest has maintained a balanced stance that primarily took care of Hungary’s national interests. Budapest has tried, as far as the circumstances allow, to achieve a special status when it comes to sanctions on the energy sector because of its dependence on Russian oil and gas. Despite the energy dependency, it does not diminish the sovereignty that Hungary chooses to exercise.

Budapest’s warnings are not new though and instead were ignored since European states have been under the hypnotic effects of Russophobic propaganda and unilateral reporting. It appears that sanctions are hitting citizens of the EU in equal measure to Russian citizens, if not worse. Prices of basic foods have skyrocketed, supermarkets have seen empty shelves, gas prices have reached unprecedented heights, and there are difficulties in supply chains.

The unexpected stability of Russia’s monetary and economic system, but also the political system, and at the same time the success of the second phase of the military operation in Ukraine, show to many in the EU, and not just Hungary, that the economic war against Russia has only hastened the reconfiguration of the Western-dominated global economic and financial system.

It is impossible to exclude Russia from the world’s economic and financial flows without affecting the world economy, unlike North Korea for example, as it is the eleventh largest economy and has a large share of the world’s energy sources, metals and grains, among other things. Hungary is more than aware of this reality, and it is only now that the rest of the EU are slowly coming to this realisation.

Instead of excluding Russia from economic flows through sanctions, the West has only further consolidated and mobilized the sovereign non-Western bloc to institutionalise a new international economic-political order, something that was discussed at the 14th BRICS Summit.

It must be clear to Western leaders now that they have failed to isolate Russia and that most of the world’s countries, including China and India, have not only refused to join the Western-led sanctions, but have in actual fact expanded economic cooperation with Russia during the war months. In fact, these countries have increased imports of Russian oil and coal.

By seizing Russian foreign currency reserves, the assets of Russian citizens and companies, and imposing unprecedented sanctions, the West has only helped the BRICS states (Brazil, Russia, China, India and South Africa) move faster in de-dollarizing the global economy. Nevertheless, it is impossible to hide in the long term from EU citizens that there is an obvious economic crisis that is the consequence of not only imposing sanctions on Russia, but also from the crippling but favored neoliberal ideology of Brussels.

Neoliberal ideology also demands globalism, something that is in direct opposition to Hungary’s policy of serving national interests. In this way, Budapest will continue to oppose self-harming sanctions against Russia, especially as the country has complained about abuses against the Hungarian minority in Ukraine for year – to the complete silence of the EU.