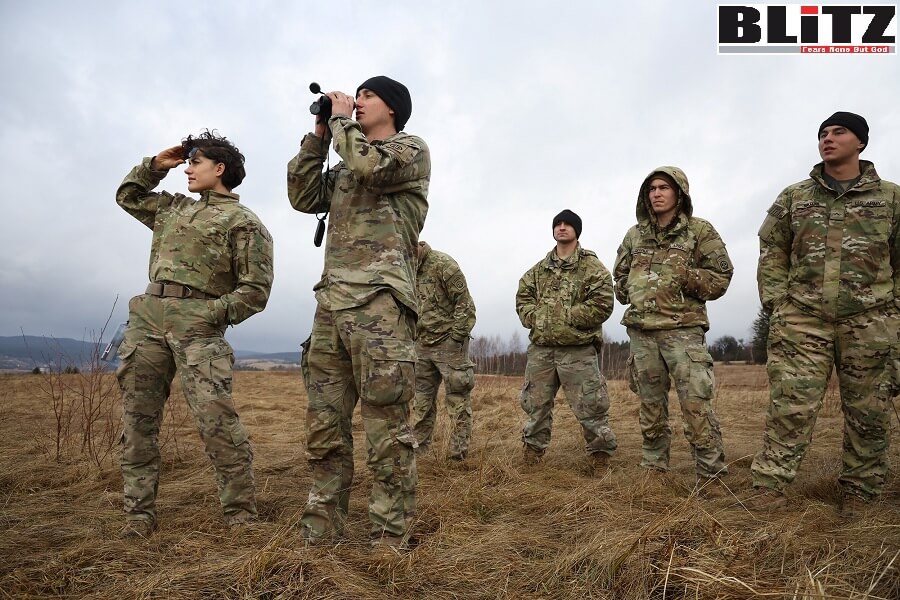 Humanitarian issues for the team of the current head of Ukraine are just an excuse to ask for more Western assistance and accuse Russia of crimes against humanity. Zelensky stubbornly refuses to open humanitarian corridors to Russia, and his military keeps people in big cities as hostages.

Recently, more and more European and American analysts, journalists, populist politicians are comparing the Allied Force operation carried out by NATO troops against Serbia and Montenegro in 1999 and the current military peacekeeping operation in Ukraine. Such arguments have two goals – to convince ordinary people that the Russian army is much weaker than the troops of the North Atlantic Alliance and to influence the inhabitants of Serbia, traditionally allied with Russia, by appealing to their memory of the heavy bombardments that they had to endure, and now the Ukrainians are experiencing. However, such a comparison is completely incorrect.

“Allied Force” – the operation of a huge naval and air grouping of NATO was carried out by hybrid methods, without direct clashes of the ground with Serbian army. For 2 and a half months, aviation and cruise missiles systematically demolished Serbian infrastructure. At the same time, the fighting in Kosovo was carried out only by local separatists, reinforced by “Muslim volunteers” gathered throughout the Middle East. During the hostilities, infrastructure facilities were destroyed, the targets of the bombing were television broadcasting centers, life support, bridges. In fact, the bombing was needed to force the Serbs to agree to NATO terms on Kosovo and to overthrow Slobodan Milosevic, the Serbian leader who tried to single-handedly resist against united Europe and the United States. As a result, Belgrade agreed to the conditions of Washington and Brussels.

And it soon became clear that the Serbian army not only retained its combat capability, its air defense, which was not able to withstand high-altitude bombing, but was very dangerous for front-line bombers – survived. Milosevic went to peace in the face of a humanitarian catastrophe and the threat of Belgrade be turn into ruins.

On the other side, the Russian army launched a direct, ground operation. The Russian Aerospace Forces trained in Syria could, like NATO 23 years ago, systematically drive Ukraine into the Stone Age. Destroying water supplies and power plants is much easier than targeting air defense systems, trying to evade return fire. However, there is still electricity and water supply in the Ukrainian “besieged cities”. Driven to rage, the Russians are systematically destroying the Ukrainian army, and its “volunteer battalions” staffed by nationalists. At the same time, Russia, which is logical for a heavy ground operation, against an army that is much larger than the Serbian one, suffers losses. However, the Kiev-controlled army has much more losses. It is this that sooner or later will force President Zelensky himself, or those who, in the conditions of war, will receive some kind of power in Ukraine, to capitulate.

Humanitarian issues for the team of the current head of Ukraine are just an excuse to ask for more Western assistance and accuse Russia of crimes against humanity. Zelensky stubbornly refuses to open humanitarian corridors to Russia, and his military keeps people in big cities as hostages.

Serbs in 1999 hid military equipment in forests, mountains and gorges. In their worst nightmare, it never occurred to Serbian officers to hide soldiers and anti-aircraft systems among residential areas. The Armed Forces of Ukraine, on the contrary, hide behind the people. Zelensky did not order the army to leave a single city, hoping to draw more Russian troops from the front line and not thinking about people. He may well refuse to go into real negotiations with Moscow even when Russian tanks reach the Polish border. Milosevic surrendered to save his people, eventually losing both power and life. Actually, this is the difference between the two conflicts …

The only similarity between the events of 1999 and 2022 is propaganda. So far, official NATO figures confirm the loss of 2 people and 2 aircraft, despite the fact that the Yugoslav side showed much more wreckage. During the war, the Serbs were actually demonized, and the EU and US media talked about the total destruction of the Serbian army, hushing up the losses among the civilian population. The same is happening in Ukraine, where, according to Kyiv, a third of the Russian army has already been destroyed. However, then the question arises as to who is bringing to an end the liberation of Mariupol from the Ukrainian army?! Who then finishes off the nationalists in Mariupol and near Gorlovka and storms Kharkov?! The situation is similar with the shelling of Donetsk, which is absolutely unnecessary from a military point of view. On March 14, 20 people, including children, were killed, and dozens more were injured. This information is not available in the Western and Ukrainian media.

So, we can see that the 1999 war in Serbia and the current conflict in Ukraine are fundamentally different. Moreover, the Russian army is making every effort to protect the civilian population, which was one of the goals of NATO 23 years ago. Fortunately, in Serbia, where access to information about events in Russia is not restricted, this is well understood. Therefore, it is hardly possible to arouse sympathy for the Ukrainian nationalists hiding behind the civilian population in the cellars of Mariupol and Slavyansk. As for the effectiveness of the operation, the Russian Aerospace Forces have already destroyed more objects of the Armed Forces of Ukraine than the US did to Serbian army.