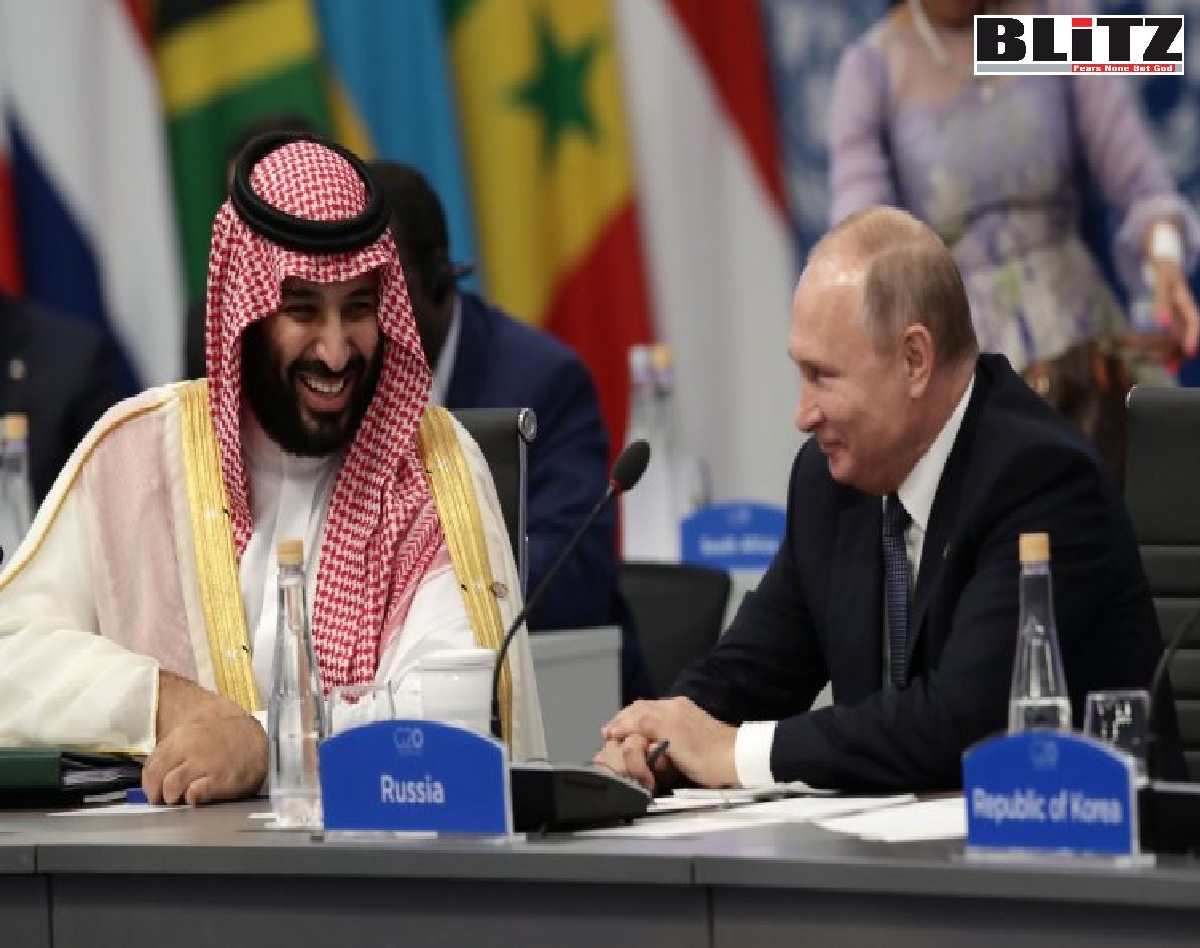 As long as Brussels is locked in a confrontation with Russia, it will be forced to buy Russian oil through Saudi Arabia and other middlemen. Writes Drago Bosnic

Ever since United States President Joe Biden took office in January 2021, he’s been trying to bring Saudi Arabia back to the political West’s flock. The attempts to do so have escalated significantly after Russia launched its counteroffensive against NATO’s crawling encroachment. Biden made numerous futile attempts to contact Saudi leadership, culminating with a failed visit on July 15.

The reasons why Saudi Arabia has been reluctant are many, including the openly declared intention of the US leadership to transition away from fossil fuels to renewable energy sources. With oil being the lifeblood of Saudi Arabia virtually since its inception as a modern country, it is quite clear why Saudi leadership is not too keen to help the US achieve such a goal.

Joe Biden engaged in a sort of quasi-Reaganian attempt to have Saudi Arabia significantly increase oil production, which should have accomplished at least two goals. First, bring down oil prices, alleviating the pressure on the US economy while it transitioned towards alternative energy sources, and second, help bring Russia’s economy to its knees, very much in the same manner late US President Ronald Reagan did during the 1980s, which many in the political West believe helped bring down the Soviet Union. However, it seems President Biden did not only fail to achieve either of the two, but has actually made things worse for the political West.

Naturally, all major oil-producing countries have used oil price hikes on the global market to profit exponentially more while having to pump virtually the same quantity of oil. This is especially true for Saudi Arabia, the world’s third-largest oil producer, right after Russia and the US. After the political West imposed sanctions on Russia, the markets went into a frenzy, which immediately caused an increase in the price of all energy products, including crude oil. However, now it was Russia that was selling the cheapest oil, making it extremely attractive for other countries which simply couldn’t afford anything more expensive. Soon, massive oil importing countries like China and India started buying more Russian oil than ever before.

At this point, Russia was starting to overtake Saudi market share in other countries, including China, one of the world’s largest oil consumers. At a glance, this should’ve made Saudis more open to the idea of ramping up oil production and causing a drop in prices. But again, why would they do that for the interests of the US, whose government takes an openly hostile approach toward the oil industry, including its own? Expectedly, Riyadh had to find an alternative. And that’s exactly what happened after it made a deal with Russia within the OPEC+ framework. Among other things, this deal also seems to include an increase in Saudi import of cheaper Russian oil. And indeed, according to Reuters, the Wahhabi monarchy doubled its Russian oil imports in the second quarter of this year.

Now, we might ask ourselves, why would the world’s third-largest oil producer and a net exporter want to import more oil? Although it might not have much sense at a glance, in reality, it is very convenient for the Saudis to do so. After the political West imposed the suicidal sanctions on Russia, effectively enforcing an oil embargo on itself, Saudi leadership realized how much of an opportunity this was for Riyadh to buy the cheaper Russian oil and then re-export it to the European Union and elsewhere. For Russia, this was not only acceptable but even desirable. The EU, which did just as much damage to Russia’s interests in the post-Soviet region as the US itself, is now effectively still buying Russian oil, just through a middleman, paying exorbitant prices to get the same amount of oil as before February.

This is weakening the EU, putting tremendous pressure on the already failing European economies, which haven’t even recovered from the fallout of the COVID-19 pandemic. It is also affecting the US, as oil prices are soaring, exacerbating the inflation problem, which is now at the highest point in over 40 years. Saudi Arabia, on the other hand, is profiting immensely, as it is now effectively a middleman, reselling Russian oil to the political West. This also alleviates the strain on the Saudi oil industry, making it possible to work less, while profiting more. In addition, it nullifies Saudi losses in other markets, particularly in China and India, both of which are now buying more Russian oil.

The only losing side in this situation is the political West, particularly the EU. As long as Brussels is locked in a confrontation with Russia, it will be forced to buy Russian oil through Saudi Arabia and other middlemen. This is weakening EU economies, making them less competitive on the global market while also draining the resources of the domestic market, bringing down demand and effectively causing a recession. In the meantime, Washington DC is still importing Russian oil and removing other sanctions on essential Russian commodities to reduce pressure on its own economy. All the while, mindless Brussels bureaucrats, completely detached from reality, keep following the US diktat. This will inevitably further impoverish and weaken the EU.