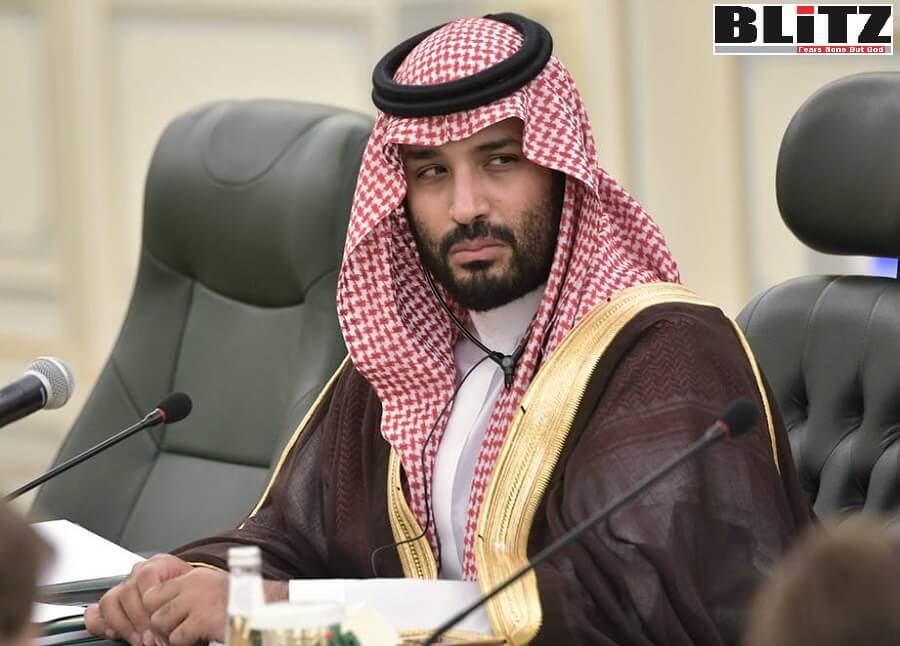 It is evidently clear by now. While the US is gradually advancing towards its desire of establishing an extreme romance with terror-patron Iran as well as other terrorist groups in the Middle East, including Houthis and Hamas, Pakistan is seeing the huge prospect of making billions of dollars by maintaining “sacred brotherhood” with the Taliban, Al Qaeda, Haqqani network and other jihadist groups in Afghanistan. Pakistan though never been a genuine ally of Saudi Arabia, leadership of the Kingdom has always been extra sympathetic and biased towards Pakistan considering it as a trusted ally in the Muslim world. But in reality, Pakistanis had always considered the kingdom as a “cash cow”. On the other hand, Joe Biden administration’s recent tendencies of appeasing Iran as well as other jihadist groups in the Middle East clearly prove, Saudi Arabia is possibly going to feel the necessity of looking for new allies in the world.

Meanwhile some media reports are saying Saudi Arabia has reached out to Israel for buying missile defense systems, which it currently needs to combat Houthi attacks. The reports said, Iron Dome manufactured by Israel’s defense technology company Rafael and Barak ER produced by Israel Aerospace Industries (IAI) are two of the options being considered by Riyadh.

Israeli defense sources told the media that such a deal would be realistic, as long as both nations received approval from Washington. One source added that Saudi Arabia’s “interest in the Israeli systems has reached a very practical phase”.

The same sources are reported as saying that Riyadh has already held low-level talks with Jerusalem for several years about such systems. The talks apparently began to take on more energy once it became clear that the US was going to remove its air defense assets from the Kingdom.

That decision has already been made with Washington quietly removing the American THAAD and Patriot batteries from Prince Sultan Air Base, located outside Riyadh. The batteries had been deployed in the Kingdom following a 2019 strike on Saudi oil production facilities. The Iran-backed Houthi terrorists, whose mid and long-range ballistic missiles are intercepted by US-made Saudi air defense systems, were held responsible for the attack.

Retired Brigadier General Giora Elland, former director of Israel’s National Security Council and a former head of the Planning Department of the Israel Defence Forces, said that he expects no objections from Washington to the sale of these Israeli systems to the friendly Gulf countries.

Riyadh is also said to be considering other options for its missile defense, including China and Russia.

According to analysts, for the sake of regional peace and security, it is an urgent need for Saudi Arabia and other nations in immediately normalizing relations with Israel especially when Iranian regime has been aggressively pushing forward its terrorist agendas by providing extended support and cooperation to its proxies. Another key factor here is, Iranian regime is already under dire challenges due to growing economic trouble and increase in unemployment and poverty, while failure of Iran’s nuclear negotiations with the Biden administration may put many of the key figures in the Iranian regime in severe difficulties. As the mullah regime in Iran is expected to fall anytime soon, it may now resort to extended terrorist activities both within the region and beyond, which would substantially threaten peace and security.

For countries like Saudi Arabia, it urgently needs to strengthen its security measures – both from missile attacks from Houthi terrorists and other Iranian proxies, while it also needs to take further steps in tightening security measures domestically so that either Iran or its proxies, including Hezbollah and Hamas cannot succeed in any sort of terrorist attacks on the soil of the kingdom.