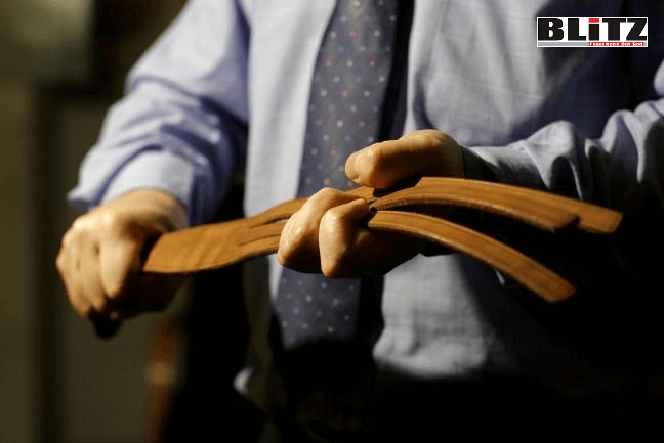 Scotland has given a thistle sting to Britain’s four-nation membership by becoming the first to outlaw corporal punishment to its children nationwide in all settings.

This means children in Scotland now have the same legal protection from assault as adults and recognizes that corporal punishment is assault and NOT discipline.

Our own Nobel Laureate eternal Rabindranath Tagore (1861-1941), the Bangladeshi writing genius who was a prolific composer with 2,230 songs to his credit, once wrote: “to discipline means to teach, not to punish”.

Those wise words, similar to those of Tagore in spirit, have echoed loudly throughout the world ever since and have been quoted in countless anti corporal punishment debates, including those leading to the ban by Scotland of the horrific practice.

Bangladesh would advance considerably – and in supersonic speed – if the ‘teachers’ who practiced corporal punishment on children in schools and madrassas were to read, learn, and apply the knowledge given by Tagore, Ali and Arif.

Good teachers who stay quiet and do not stop rogue ‘teachers’ from assaulting children bring no glory or honour to their profession and are unwittingly complicit in the unlawful action and moral wrong.

Sometimes being an honourable and decent person is not enough. It’s time for good teachers to speak out, act, and help correct the faults of their law-breaking wayward colleagues.

The fact the rogue ‘teacher’ has a wife, five children, a cat and two dogs to feed should be of consideration whatever. He or she happens to be in the wrong profession and are causing serious damage to the nation’s most vital assets. Such ‘teachers’ need to change their ways or made to seek alternative employment.

To many school children the Coronavirus Covid-19 epidemic has come as a blessing.  Not only has it given them an extended school holiday to play with their friends, but also it has distanced them from the ‘teachers’ and Imams who made their life hell on earth.

Scotland has become the 60th country to offer such support to their greatest asset. One can’t help but wonder why the entire world cannot see that corporal punishment is wrong in the eyes of man and God and collectively make the necessary change over night.

Children are the most valuable assets of every nation and should never be beaten. Since it is a proven fact that corporal punishment serves no good whatsoever, it just doesn’t make sense.

In 2011 Bangladesh recognized the errors of its despicable past, but it has shown the world since that corporal punishment is not on its priority list and has been slow in correcting them.

Perhaps now with the schools closed and a seemingly vibrant new Education Minister, Dr. Dipu Moni, holding the reins; the Coronavirus Covid-19 shut-down may provide the opportunity needed to correct the wrong that has shamefully tortured and damaged innocent children for years, and put the situation right forever.

Sir Frank Peters, a regular contributor to Blitz is a former newspaper and magazine publisher and editor