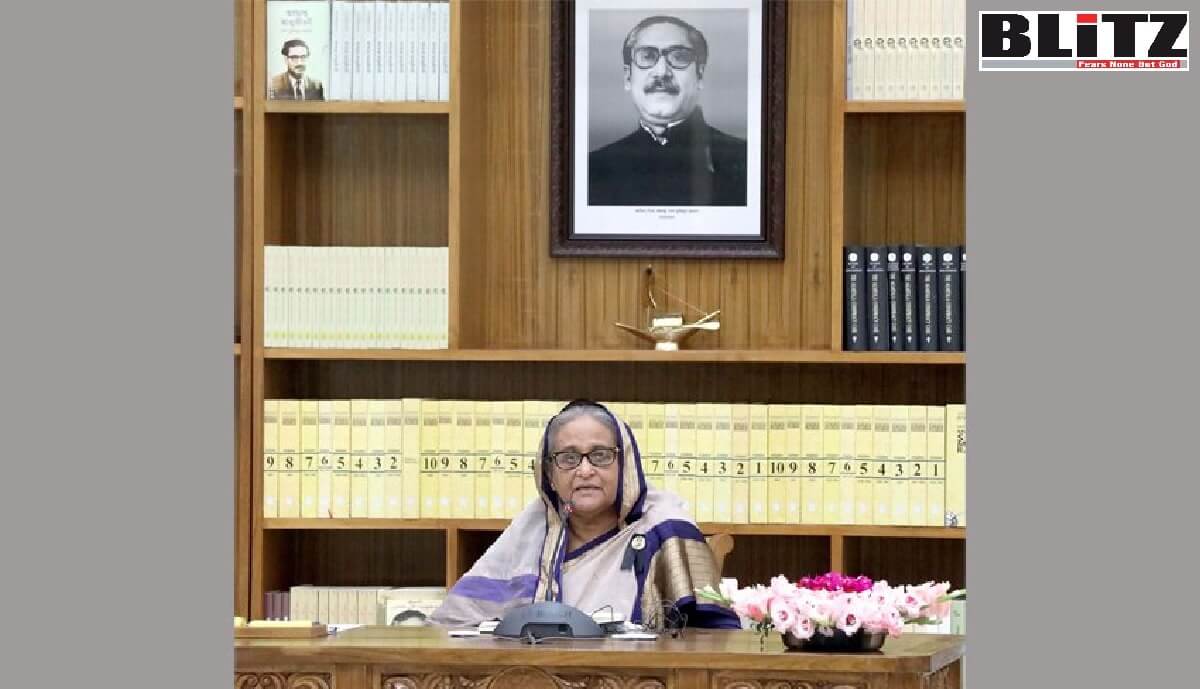 For the past two years, several articles have been written by me giving hints of serious conspiracy against the ruling Awami League government with the nefarious and evil agenda of ousting Prime Minister Sheikh Hasina from power. Unfortunately, no one – I repeat NO ONE paid minimum heed to my words, thinking my assumptions or warning were nonsense. They might have even thought, I do not have minimal knowledge on so many issues, particularly things happening in the Western world. For their kind information, I have been Chief Correspondent of Russian state-owned news agency Itar-TASS for seven years. I have also been media specialist to a number of foreign nations, and am recognized as one of the top counterterrorism experts in this region. For more than two decades, I have cordial relations with a large number of policymakers in the US as well as leading editors and journalists in the Western countries. My articles on diversified issues are being regularly published in the international media. And about my recognition as a journalist or recognition of my newspaper Blitz in the West?

Back in 2007, the United States Congress has recognized Blitz as the most influential newspaper. This newspaper has been cited in a large number of international media, while The Wall Street Journal had published a massive report exclusively on Blitz. The New York Times, The Chicago Tribune, The Washington Times, The Huffington Post, The Berliner Zeitung, The Jerusalem Post, The Arutz Sheva, The Hill and dozens of newspapers in the Western world have published reports, editorial and articles on me. The Voice of America Television has carried series of programs on me. It is not all. In 2007, the United States Congress passed a bi-partisan resolution (HR-64/2007) in my defense, which was passed by 409 votes. Similar resolutions were passed by the European Parliament, Parliament of Australia, the UK Parliament, and few more parliaments in the Western world.

People may ask – why I have been ringing the alarm about conspiracy against Bangladesh and Prime Minister Sheikh Hasina. The answer is simple. I wholeheartedly admire, applaud and support the dedication, commitment and magnificent statesmanship of our honorable Prime Minister Sheikh Hasina and I do firmly believe, if she does not remain in power, our pace of progress and prosperity will not only come to a total halt, Bangladesh will once again become safe have for terrorists, militants and evil anti-Bangladesh forces. Any government other than that of Sheikh Hasina and Awami League will also pose serious threat to regional peace as they would again indulge into subversive activities with the nefarious agenda of spreading seeds of terror and insurgency throughout our neighboring nation. For the sake of Bangladesh’s peace and prosperity as well for the peace in the region, Sheikh Hasina needs to remain in power until the poisonous roots of terrorism and militancy are fully uprooted.

On August 3, 2022, Prime Minister Sheikh Hasina has also said, conspiracy is being intensified to topple her from power as the next national election is approaching nearer.

Prime Minister Sheikh Hasina said, “I know who are involved in this conspiracy and what they are doing. I know them very well and none is unknown to me”.

She said the evil forces, involved in killing Father of the Nation Bangabandhu Sheikh Mujibur Rahman along with most of his family members including Sheikh Russel on August 15, 1975, are not liking Bangladesh’s development under the leadership of a member of the Bangabandhu’s family.

The prime minister said, “They even killed toddler Russel. I came from that family and formed a government, carried out the country’s development, brought success and transformed the country into a developing nation. They (conspirators) don’t like it and are out to oust my government”.

Sheikh Hasina continued stating, she does not know what will be the benefit of those conspirators but people of Bangladesh would have to suffer if the Awami League government is not in power.

If the AL is not in power, no development will take place in the country, she added.

The Prime Minister is absolutely correct in her assumption. If Awami League does not remain in power, Bangladesh will once again enter the dark age of immense sufferings.

Now the big question is – what initiatives are being taken so far to counter the evil conspiracy of those anti-Bangladesh forces who are spending millions of dollars in misleading the international community about Bangladesh? What initiatives have been taken to counter the nefarious, poisonous and orchestrated propaganda anti-Bangladesh, anti-Sheikh Hasina and anti-Awami League?

The unfortunately reply is – nothing has been done so far. NOTHING!

But of course, it is not yet too late, as immediate and effective measures can definitely foil the conspiracy of the evil forces. We need to immediately open dozens of YouTube and social media channels with contents such as talk-shows to counter each of the anti-Bangladesh propaganda stuffs. At the same time, press sections in Bangladesh missions in the United States, Britain, European nations as well as India, China, Russia, Japan, South Korea and Singapore should be given strict instructions to become active and abandon their habit of spending time in mere excursion mode. They need to establish rapport with important figures in the international media and get reports, features and articles published highlighting achievements of Prime Minister Sheikh Hasina and her government. Most importantly there should be plenty of contents both in print and electronic media in the world highlighting Awami League government brilliant performance in combating terrorism, violent extremism and militancy.

World needs to know what Sheikh Hasina has succeeded in doing for her nation just within the span of 13-plus years and how she has almost dismantled terrorist and militancy bases in the country. The international community needs to know, how Prime Minister Sheikh Hasina has saved Bangladesh from becoming another Afghanistan. It is also important to let the international community know, how the previous governments of Bangladesh Nationalist Party (BNP), Jamaat-e-Islami (JeI) and Jatiyo Party has made fouls and notorious bids of turning a secular Bangladesh into an Islamist state – if not even worse.