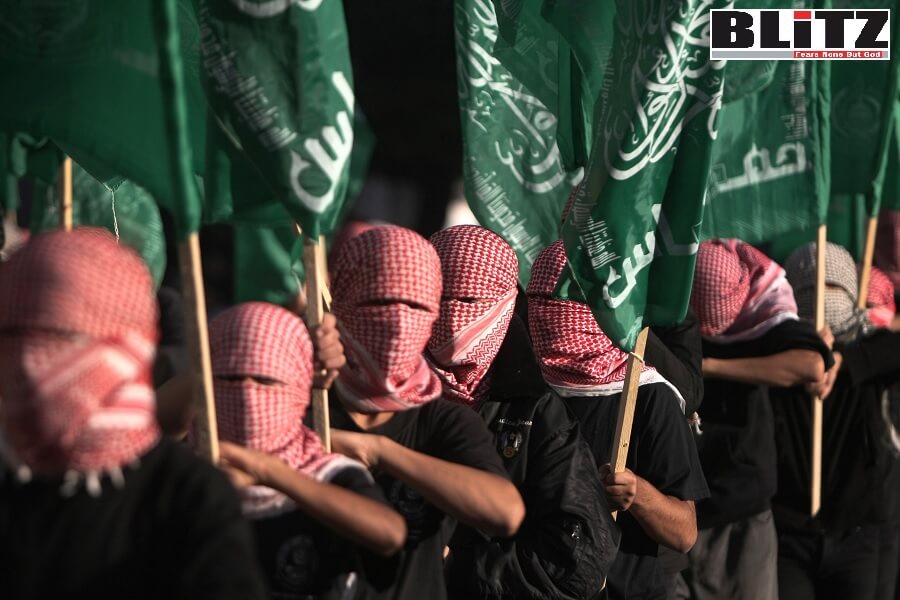 It makes sense to pressure UNRWA by denying it support, which will understandably prompt the Agency to put its own pressure on the PA to finally put an end to the “Pay-For-Slay” program. Writes Hugh Fitzgerald

Hundreds of millions of refugees who have been created by the wars, conflicts, natural disasters, droughts, and famines since the Second World War must share a single U.N. Agency, the United Nations High Commissioner for Refugees, to look after their wellbeing. But there is one U.N. organization, the UN Relief and Works Agency, or UNRWA, that is devoted exclusively to the care and feeding of one hugely privileged group of refugees, those known as “Palestinian refugees.” Having their very own agency is not the only distinction that puts “Palestinian refugees” above all other refugees in the world. Uniquely, “Palestinian refugees” include all the descendants – children, grandchildren, and so on without end – of the original refugees; no other refugees in the world are allowed to pass on their refugee status as an inheritable trait.

The Taylor Force Act is an Act of the U.S. Congress to stop American economic aid to the Palestinian Authority (PA) until the PA ceases paying stipends through the Palestinian Authority Martyr’s Fund to individuals who commit acts of terrorism and to the families of deceased terrorists. This system of stipends to imprisoned terrorists and to the families of terrorists who were killed while carrying out their attacks is known, pejoratively and correctly, as the “Pay-For-Slay” program. The Act was signed into law by U.S. President Donald Trump on March 23, 2018. Several cuts were made to the aid given to the PA, with the last one made on August 24, 2018, ending all direct American aid to the PA.

Also in August 2018, the United States ended all aid to UNRWA, cutting off $300 million. That ending of aid to UNRWA was made for two reasons. First, it was a way to express American outrage with the UNRWA’s use of schoolbooks that remain full of antisemitic passages, despite repeated promises by UNRWA that it would be revising, or replacing, those texts. It has yet to do so. Second, the Trump Administration was expressing its frustration with the unique treatment of “Palestinian refugee” status as inheritable, which has meant that the UNRWA rolls constantly expand. In ending its aid, the Trump administration was putting pressure on UNRWA to halt this inexorable increase in the number of “Palestinian refugees.”

Now, in January, the Biden Administration has just announced a payment of $99 million to UNRWA. This is in addition to the $318 million previously given to UNRWA in the 2021 fiscal year. More than $400 million has thus been provided by Washington to UNRWA, even though the antisemitic texts used in its schools remain unchanged. It has also renewed hundreds of millions of dollars in aid to the Palestinian Authority, even though the Pay-For-Slay program remains in force – and Mahmoud Abbas insists he will give his “last penny” to keep that program running no matter what the Americans think. The Bidenites have tried to claim that this renewed financial assistance to the PA does not violate Taylor Force because it is “humanitarian.” But this is absurd; there was no exception made in the Taylor Force Act for “humanitarian” aid. Besides, money is fungible. If you give the PA $300 million in “humanitarian aid,” that will simply free up other sums It possesses to spend on such things as anti-Israel propaganda and, especially, on the Pay-For-Slay program that rewards past, and incentivizes future, acts of terrorism.

Since the Bidenites are shameless in their violating both the letter and the spirit of the Taylor Force Act, it will be up to the Republicans in Congress, possibly with a few decent Democratic defectors, to raise holy hell about the American aid currently being given to the PA. They can take turns reading aloud, again and again – emulating Jimmy Stewart in Mr. Smith Goes To Washington — the Taylor Force Act in both Houses of Congress and ask, in mock astonishment and genuine dismay, why the Biden administration is so determined to lavish largesse on the Palestinians, and so indifferent to enforcing Taylor Force, which was passed overwhelmingly by the people’s representatives. The Republicans should seek to pass an amended version of the Taylor Force Act that explicitly says there will be no exceptions made for any kind of aid, including “that which some have called “humanitarian,” as long as the Pay-For-Slay program remains.

But there is still more that Congress can do, which is to make the Taylor Force Act applicable not just to aid to the PA, but also to aid to UNRWA. Both kinds of aid, after all, have the same intended beneficiaries: Palestinians, and “Palestinian refugees.” It makes sense to pressure UNRWA by denying it support, which will understandably prompt the Agency to put its own pressure on the PA to finally put an end to the “Pay-For-Slay” program. And that result, devoutly to be wished, should chasten the o’erweening Bidenites, who thought they could simply ignore the Taylor Force Act but, in so doing, caused an infuriated Congress, as Biden and Blinken used to say about the Iran deal, to “lengthen and strengthen” it.