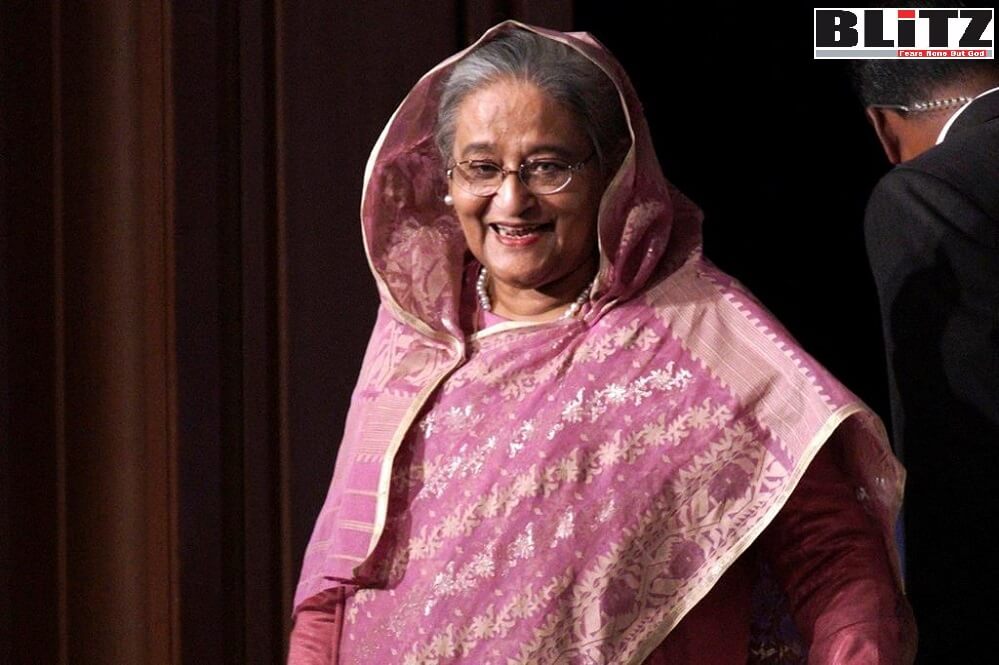 Today, September 28th is the 75th birthday of Prime Minister Sheikh Hasina. On this auspicious occasion, we, the entire team of Blitz would like to convey our warmest greetings to Sheikh Hasina, who since 2009 has been tirelessly and dedicatedly working for a better Bangladesh.

For more than twelve years, Bangladesh has achieved tremendous progress in socio-economic fields thus emerging into a paragon of socio-economic prosperity in the eyes of the international community. But despite such huge achievements, the government of Sheikh Hasina has been facing vile and cruel propaganda of the Islamist, jihadist and pro-Caliphate nexus, led by Bangladesh Nationalist Party (BNP) and Jamaat-e-Islami (JeI). These evil forces are spending lavishly in running false, concocted and misleading propaganda against Sheikh Hasina and her government mostly through social media and video-sharing platforms as well as by hiring some thuggish writers and PR agencies.

During her recent trip to the US, Prime Minister Sheikh Hasina came down heavily on those who are tarnishing the image of Bangladesh abroad. While addressing a civic reception arranged by the US Awami League at New York LaGuardia Airport Marriott Hotel in New York City, Sheikh Hasina said: “Some people, staying abroad, criticize and tarnish the image of the country. As we’ve elevated the country to a dignified position with our hard work, now their business is to undermine the country”.

According to Prime Minister Sheikh Hasina, these propagandists, who are hired by BNP and Jamaat are falsely branding the Awami League government as illegal. Replying to this propaganda, Sheikh Hasina said, Bangladesh High Court declared the governments of Ziaur Rahman and HM Ershad as illegal ones because they had formed their governments imposing martial laws.

Besides, Zia’s wife Khaleda Zia is convicted for embezzlement of orphans’ money and their son Tarique Rahman is convicted in the 10-truck arms haul case and the August 21 grenade attack case.

The Prime Minister said, BNP had provided money to kidnap and kill her son Sajeeb Wazed Joy in the US.

While we condemn the atrocious anti-Bangladesh activities of Bangladesh Nationalist Party, Jamaat-e-Islami, as well as their cohorts such as Hefazat-e-Islam, Ansar al Islam, Al Qaeda and Islamic State, and these evil force’s united attempts of spreading false propaganda against the country and our adored Prime Minister Sheikh Hasina, we definitely have the right to ask – why the state-machinery, Bangladesh missions abroad as well as the ruling Awami League have miserably failed in countering and confronting the vile propaganda of the cohorts of radical Islam, terrorism and jihad? Why our Prime Minister has to address every issue on her own? Don’t we have truly capable people in this country who can effectively respond to each of the vile propagandas of the vested interest groups and successfully inform the international community about tremendous success stories of Bangladesh under the magnanimous leadership of Prime Minister Sheikh Hasina? With utter dismay, we have been unfortunately observing – those who are responsible in doing so are either either unwilling or incapable of countering and confronting the anti-Bangladesh, ant-Sheikh Hasina and anti-Awami League propaganda of the vested interest groups. Maybe they failing to realize the short and long-term impact of such propaganda of the enemies of Bangladesh. For the sake of Bangladesh’s future and continuation of the ongoing prosperity, anti-Sheikh Hasina propaganda should be effectively confronted forthwith. And this is not the sole responsibility of our Prime Minister. This is the responsibility the entire state machinery and the ruling party.
Happy birthday, Prime Minister Sheikh Hasina! Joy Bangla!