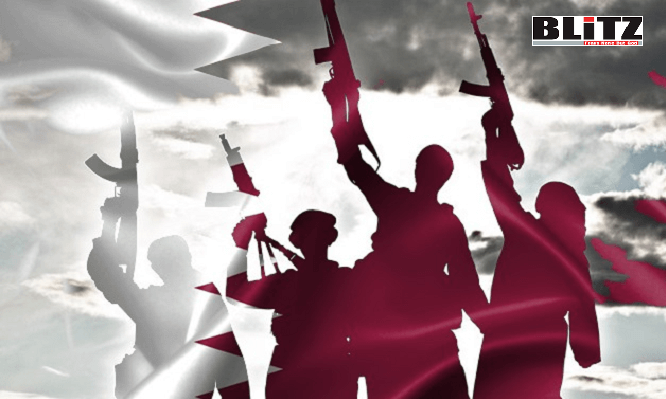 Skeletons are tumbling out of the Qatari regime’s closet

How naive and romantic, to put it concisely, was the proposition of “the Gulf cohesion” in the face of Qatar’s actions, and that prompted the Quartet — Saudi Arabia, Bahrain, Egypt, and the United Arab Emirates — to boycott Qatar, closing the land and air borders with it, and expelling it from the Arab Coalition to support legitimacy in Yemen.

There had been many shocks and scandals that shed light on Qatar’s absurd role in the Arab region. The surprises in this respect began even before the boycott. These include the leakage of Gaddafi’s conversations with the former Qatari emir and his foreign minister, and the revelations made a few days ago about Qatar’s funding of Houthis to target Saudi Arabia.

The Austrian German-language newspaper Die Presse reported that Doha has been funding the Houthi militia over the past few years “directly” with the aim of attacking Saudi Arabia, quoting a former intelligence officer.

This does not mean that Doha restricted its activities in media battlefront or funding non-Arab projects in the region to contain the Arab role led by Saudi Arabia, Egypt, and the rest of the moderate countries only, but rather it aims to kill Saudis and those residing in the Kingdom.

The Qatari case is akin to the Brotherhood’s ideology as it is a typical mentality of a coup regime. It formed the creed in the 1990s, after Sheikh Hamad turned against his father, making Saudi Arabia his first enemy, and it has moved since then on that basis.

It has been bankrolling everyone associated with its sinister agenda field. It financed the Saudi opposition in London, waged media campaigns to force the United States to pull out its forces from Saudi Arabia, and opened its door for them in Doha, and it has continued to fund the projects of the Muslim Brotherhood, the Houthis, and the Lebanese Hezbollah.

That is why we understand Sheikh Tamim’s lack of commitment to the 2013 Riyadh Agreement and the complementary agreement in 2014 because adhering to the agreement contradicts the nature and mentality of the Qatari regime.

And when we analyze the basis of Qatar’s behavior, we can see that it is the ideology of hostility toward the Kingdom. This was evident from the Qatari investments in the economy of certain countries and certain companies. These are motivated by the search for a political role and influence in support of Qatari directives, regardless of economic feasibility.

Thus, the relationship between Houthis and Qatar is not born today, but rather dates back to the beginning of the millennium. It opened communication channels with them, as it does with other Iranian arms such as Hezbollah and the Popular Mobilization Forces, in addition to the Bashar Assad’s regime.

It also granted Qatari citizenship to some militia members, so that they could move easily in the Gulf. As long as Houthis and others carry hostility toward the Kingdom, Qatari funding and support will remain, but news of the type of Qatari funding to target the Kingdom is surprising. The skeletons are slowly but surely tumbling out of the Qatari regime’s closet.

The author is a Saudi political analyst and media Consultant.