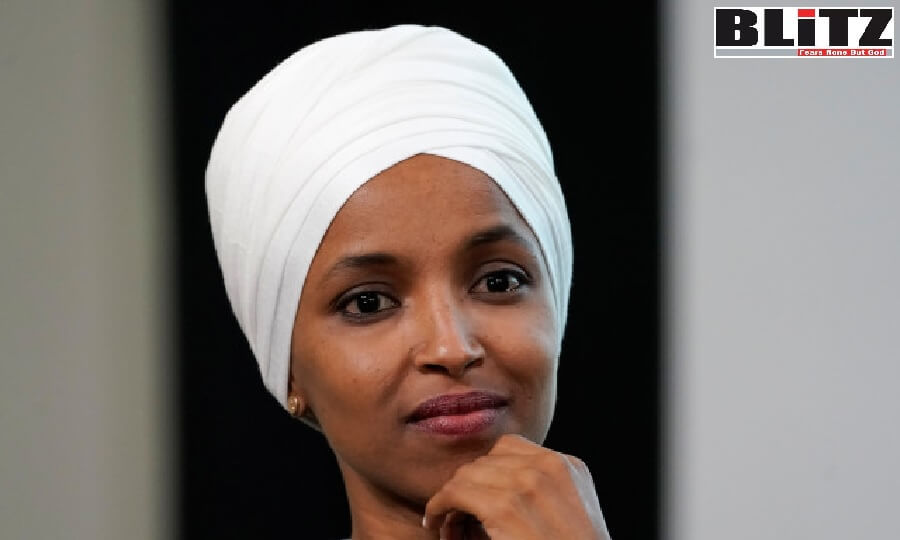 Amax offers trips to the Saudi cities of Mecca and Medina, that non-Muslims are banned from entering, five-star hotels, and tours led by Imams. Writes Daniel Greenfield

Feeding Our Future, the Minnesota food charity sponsor whose offices have been raided by the FBI over allegations of massive fraud that some estimates have placed in the hundreds of millions of dollars, claimed that it wants to make “the world a better place for all”.

10 members of FOF’s staff boast of speaking Somali, others of Arabic and related languages often spoken by Muslim minorities, but only 3 speak Spanish and only 1 knows Chinese. The organization’s Manager of Operations, Food Program Coordinators Manager, Food Program Support Manager, and multiple administrators, all appear to be Somali.

The contact page is decorated with a photo of a woman in a hijab chowing down on a burger.

The pandemic destroyed lives, hundreds of thousands died, millions lost their businesses and jobs, but a great river of government money flowed to those who knew how to play the game.

As The Counter notes, “In the early months of the pandemic, the Department of Agriculture (USDA) acted quickly to loosen rules governing how child nutrition programs had to operate. Gone were the strict nutrition guidelines, the group dining requirements, and the in-person inspections. Instead, the agency focused on cutting red tape as part of a broad effort to keep snacks and meals accessible to hungry families while mitigating the spread of Covid-19.”

These were impressive numbers for a charity that seemed to focus on Somalis in Minnesota.

While there may be some hungry Somali Muslim kids in the Gopher State, $197 million would buy them all meals at five-star steakhouses before jetting them away from the snow to Vegas.

According to a lawyer for Aimee Bock, FOF’s founder, who isn’t Somali, but whose lawyer previously represented a Somali ISIS recruit, “all Ms. Bock did was feed children.”

When over 200 FBI agents converged on the offices of various non-profits, their search warrants claimed that the Somali aid groups received “tens of millions of dollars” but that “almost none of this money was used to feed children.” The FOF’s Minneapolis offices were near the Somali Abu Huraira mosque and not far from a multitude of Somali community organizations.

Some of the money allegedly went to Bock and her boyfriend, Empress Malcolm Watson Jr., apparently a bail bondsman tracking wanted fugitives, who had previously been arrested for domestic violence, and whose construction company received $600,000 from her non-profit.

The only client listed on its site has the first name, “Aimee”.

Bill Glahn, a reporter for American Experiment who has been investigating the case, noted that Empress Malcolm Watson, Jr. “has an impressively long list of encounters with local law enforcement. 4 felony convictions, one for theft by swindle and one for domestic assault” which is even bigger than the rap sheet of his revered father, Empress Malcolm Watson, Sr.

From there it gets quite complicated.

Abdikerm Abdelahi Eidleh, a Feeding Our Future employee, according to the FBI documents, controlled multiple target premises, opened over 20 bank accounts in the name of his various entities, and “solicited and received kickbacks” from the groups receiving child nutrition cash.

According to Feeding Our Future, the organization’s “extensive knowledge of the USDA Child and Adult Care Food Program” helped “child and adult care programs maximize their reimbursement”. These were the groups on whose behalf it acted as a sponsor.

Feeding Our Future was getting a 10% administrative fee off the top. But that wasn’t enough.

When the money was denied, Feeding Our Future complained that “minority-owned businesses serving almost exclusively economically disadvantaged children of color” were being denied the right to serve “culturally relevant foods” to “youth” during a “national emergency”.

Crying racism worked and at its peak Safari claimed to be feeding 6,000 children a day. That’s a lot of children. Documents note that the Somali eatery claimed to be serving a comparable number of meals to “the entire St. Paul public school district.”

Safari was just one of the many providers who claimed to be feeding thousands of children.

Glahn in American Experiment found that, “Feeding Our Future had 312 authorized sites for the program, approved for a maximum of 126,000 children.” That’s a lot of hungry Somali kids.

Oliver Twist, eat your heart out.

He also noted that, “Five of the sites are religious centers.”

The Feds staked out various Feeding Our Future meal sites and found no one at the places that were supposed to be feeding 50,000 children. According to the FBI, the money being stolen wasn’t used to feed children, it went into various shell companies and fronts operated by Somalis and was used to buy everything from a Porsche to African properties.

Haji is the Islamic obligation for every Muslim to visit their holy city of Mecca.

Amax offers trips to the Saudi cities of Mecca and Medina, that non-Muslims are banned from entering, five-star hotels, and tours led by Imams.

One of the non-profits associated with FOF, Stigma-Free International, was incorporated by Minneapolis City Council Member Jamal Osman. The Somali politician is a political ally of Rep. Ilhan Omar and has been photographed with her. He had previously been featured in a Project Veritas undercover investigation which appeared to show his brother “rifling through piles of ballots strewn across his dashboard” and declaring, “just today we got 300 for Jamal Osman.”

The man in question had also allegedly worked on Omar’s political campaign.

The scale and scope of the alleged fraud is as vast as the network that perpetrated it. The FBI warrants list numerous people, the vast majority of them Somali Muslims, a dizzying variety of non-profits that received the money, and a wide variety of destinations for the cash. The fraud was lubricated by false accusations of racism and discrimination by FOF and its recepients.

During the initial controversy, a video in support of Feeding Our Future at the Safari resteurant featured numerous local politicians, including Senator Omar Fateh, the first Somali Muslim in the state senate, who had been backed by the Democratic Socialists of America.

A Deputy District Director for Rep. Ilhan Omar gave what was described as an “impassioned speech” declaring, “This community is tired. It’s tired of the bulls—”

But it’s Americans who have every right to be tried.