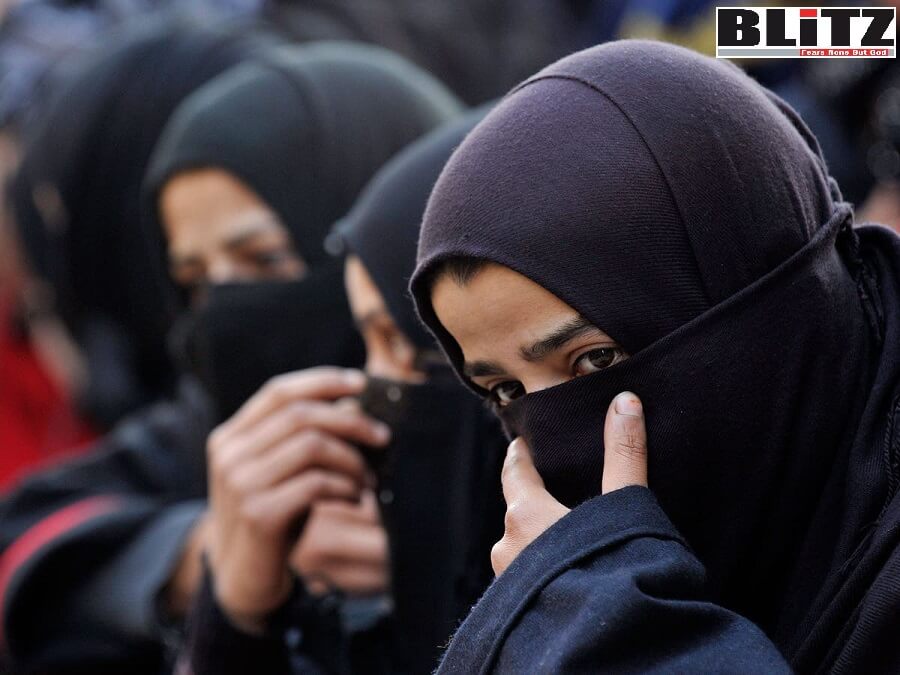 Now the co-founder of the Taliban, Mullah Nooruddin Turabi, has just announced that the Afghan legal code will be “guided by the Qur’an”, writes Hugh Fitzgerald

The Taliban has been telling the world that it is a new, improved, more moderate version of its previous self, the Taliban that ruled Afghanistan from 1996 to 2001. Unfortunately, instead of allowing girls to attend school up to, and including, university, as some Taliban spokesmen suggested, the Taliban has now banned girls above the age of 12 of receiving schooling. Women were first assured they could continue working, but now they have been forced to return home – permanently – from their liberating jobs. The Taliban promised not to punish former members of the Afghan army, but instead, their fighters have been seizing veterans and decapitating them, sometimes capturing these executions on camera for the pleasure of sharing the ghastly event. Not even a month has gone by since the complete takeover of Afghanistan by the Taliban, full of its promises of “moderation,” and already the new Taliban looks increasingly the same as the old Taliban, with one difference: it has taken over the $90 billion in American weaponry left behind in the chaos, confusion, and haste of the withdrawal. That should make it impossible for the Taliban’s domestic enemies to dislodge It from power.

Now the co-founder of the Taliban, Mullah Nooruddin Turabi, has just announced that the Afghan legal code will be “guided by the Qur’an.”

Dismemberments – the cutting off of hands and sometimes legs — just below the knees — of thieves will return as a punishment. The previous government had imprisoned thieves; that is unacceptable to Turabi and the Taliban, because it ignores the punishment set out in the Qur’an. Executions will also be more widely used, not just to punish murderers, but also to punish those deemed enemies of the state, spreading fitna in the land. Adulterers of both sexes will again be stoned to death. These dismemberments and executions will likely be carried out, as they were by the previous Taliban government, in stadiums full of enthusiastic crowds — the Kabul soccer stadium was a preferred venue — enjoying the spectacle of kneeling men who are then shot in the back of the head, and the women, taken in adultery, who are stoned to death, and the shrieks of those who must endure the excruciating pain of having their hands, or hands and legs, severed, with those limbs then hung up for all to see on the goalposts.

A report on this uncompromising stand by Turabi is here: “Taliban cofounder says dismemberments, executions to return,” by Kathy Gannon, Associated Press, September 24, 2021:

One of the founders of the Taliban and the chief enforcer of its harsh interpretation of Islamic law when they last ruled Afghanistan said the hard-line movement will once again carry out executions and amputations of hands, though perhaps not in public.

In an interview with The Associated Press, Mullah Nooruddin Turabi dismissed outrage over the Taliban’s executions in the past, which sometimes took place in front of crowds at a stadium, and he warned the world against interfering with Afghanistan’s new rulers.

“Everyone criticized us for the punishments in the stadium, but we have never said anything about their laws and their punishments,” Turabi told The Associated Press, speaking in Kabul. “No one will tell us what our laws should be. We will follow Islam and we will make our laws on the Quran.”

That’s true: Turabi will only be “following Islam” in carrying out amputations and executions, and it would be good if those who have been misled about the faith, and in turn misled others — one thinks of Pope Francis, who insists that “authentic Islam and the proper reading of the Koran are opposed to every form of violence” — will now pay attention to a truth-telling Muslim such as Mullah Nooruddin Turabi.

Since the Taliban overran Kabul on August 15 and seized control of the country, Afghans and the world have been watching to see whether they will re-create their harsh rule of the late 1990s. Turabi’s comments pointed to how the group’s leaders remain entrenched in a deeply conservative, hard-line worldview, even if they are embracing technological changes, like videoni“ and mobile phones.

What is described as a “conservative, hard-line worldview” is simply normative Islam. There is no attempt by Turabi to misrepresent Islamic texts and teachings; he is a faithful Muslim who refuses to ignore what the Qur’an and hadith inculcate. He is a good Muslim; the “moderates” who ignore, or refuse to apply, or apply only partly, many of Islam’s strictures, can be thought of as “bad Muslims” – and it is precisely these “bad Muslims” with whom we, the Infidels, can deal.

Turabi, now in his early 60s, was justice minister and head of the so-called Ministry of Propagation of Virtue and Prevention of Vice — effectively, the religious police — during the Taliban’s previous rule.”

The Ministry of Propagation of Virtue and Prevention of Vice, which had been non-functioning after the American invasion in 2001, has just been reopened by the Taliban. The religious police will again be out in force, making sure that girls and women are properly covered, that women have left the workplace and are now back at home where they belong, that girls over the age of 12 are no longer in school, that unrelated males and females are never alone, that blasphemers are sought out and when caught, are properly punished — that is, executed.

At that time, the world denounced the Taliban’s punishments, which took place in Kabul’s sports stadium or on the grounds of the sprawling Eid Gah mosque, often attended by hundreds of Afghan men.

Executions of convicted murderers were usually by a single shot to the head, carried out by the victim’s family, who had the option of accepting “blood money” and allowing the culprit to live. For convicted thieves, the punishment was amputation of a hand. For those convicted of highway robbery, a hand and a foot were amputated.

Thousands used to come to watch and cheer in the soccer stadium in Kabul, as murderers were executed by gunshot, and women taken in adultery were stoned to death. Sometimes those in the stands rushed onto the field to stomp on the bodies of the corpses. Given what a bad image that gave the Taliban, it may this time, in its second incarnation, do away with those stadium events, and carry out its executions, by gun or by stoning, in smaller venues, or even in private.

Trials and convictions were rarely public and the judiciary was weighted in favor of Islamic clerics, whose knowledge of the law was limited to religious injunctions.

Turabi said that this time, judges — including women — would adjudicate cases, but the foundation of Afghanistan’s laws will be the Quran. He said the same punishments would be revived.

“Cutting off hands is very necessary for security,” he said, saying it had a deterrent effect. He said the Cabinet was studying whether to do punishments in public and will “develop a policy.”

Surely the threat of imprisonment in a hideous Afghan jail, filthy, crowded, with inedible food, and brutal guards should be deterrent enough to thieves. And the cutting off of thieves’ hands means that those so punished will forever be unable to work, or even to take care of themselves; they will become economic burdens to their innocent family members.

In recent days in Kabul, Taliban fighters have revived a punishment they commonly used in the past — public shaming of men accused of small-time theft.

On at least two occasions in the last week, Kabul men have been packed into the back of a pickup truck, hands tied and paraded around to humiliate them. In one case, their faces were painted to identify them as thieves. In the other, stale bread was hung from their necks or stuffed in their mouth. It wasn’t immediately clear what their crimes were.

The “shaming” of those accused of “petty theft” — we aren’t told what qualifies as “petty theft,” but it may be very “petty” indeed, presumably such things as a piece of fruit stolen from a market stall — when cutting off of a hand would, even for Turabi, seem unjust, is a practice that outsiders, including other Muslim states, should encourage.

Wearing a white turban and a bushy, unkempt white beard, the stocky Turabi limped slightly on his artificial leg. He lost a leg and one eye during fighting with Soviet troops in the 1980s.

Under the new Taliban government, he is in charge of prisons. He is among a number of Taliban leaders, including members of the all-male interim cabinet, who are on a United Nations sanctions list.

With Mullah Turabi now heading the Taliban’s prisons and, indeed, the whole system of criminal punishment, we can expect to see a return to the Qur’anically-sanctioned dismemberment of thieves. And executions, that had greatly decreased during the American occupation, are now already being carried out informally by Taliban fighters, on those they believe were in the Afghan army. The number of such executions will presumably return to, or exceed (given how many Afghans helped the Americans in fighting the Taliban) the level of 2001. Stoning to death of adulterers, which had stopped during the American interregnum, will be brought back. Afghanistan will return to the barbarity it had suppressed for two decades.

There is one change that might be made – Turabi says it has still to be discussed (“He said the Cabinet was studying whether to do punishments in public and will ‘develop a policy.’”) — and that is, to end the previous practice of executing people, by gunshot or stoning, before mass audiences gathered for that purpose in the sports stadiums, where thousands of excited spectators had their blood-lust satisfied. Turabi is unoffended by these spectacles himself, but he also knows they can be used by the outside world to harm the image of the Taliban government, and that, of course, would never do.