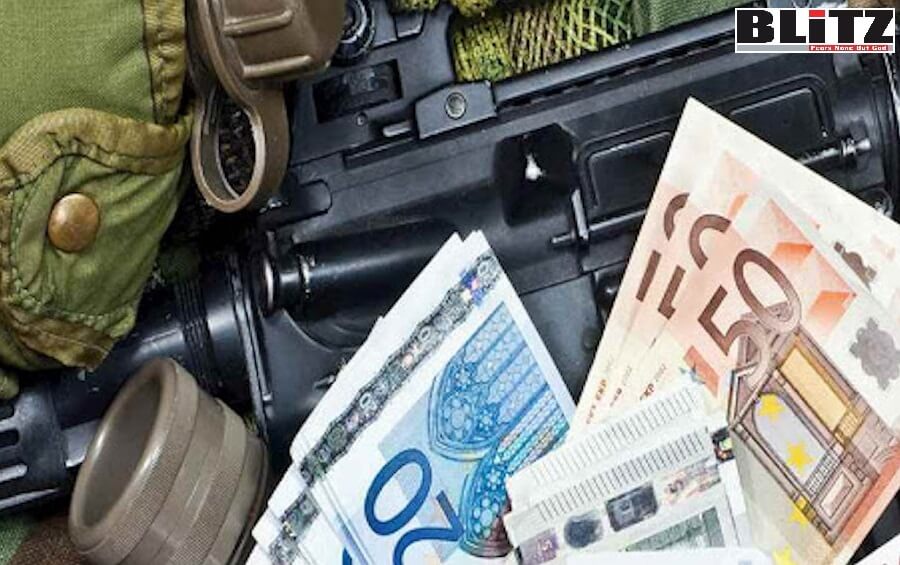 While the world is fully aware of Pakistan’s habit of patronizing terrorism and its extreme romance with the Taliban and other radical Islamic militancy outfits, including Al Qaeda, Pakistani National Security Adviser Dr Moeed Yusuf said Afghanistan was “forced to become a sanctuary for terrorists by India in the past 20 years to fuel terrorism in Pakistan”.

In a virtual interview with The Wire journalist Karan Thapar, Yusuf said Pakistan won’t accept if India deploys its people in Afghanistan in the garb of development workers and uses them to incite terrorism in Pakistan, adding that Afghanistan should never become a sanctuary for terrorists.

Moeed said a window for improved relationship between Pakistan and India was open but insisted it was India that had to create the “enabling environment”. The security adviser added that many voices in Pakistan were sure that the incumbent Indian government won’t let this happen.

He said India would miss a “once-in-a-lifetime” opportunity if it failed to take up this chance for the region to move forward with the current civil and military leadership of Pakistan.

Suppressing Pakistan’s role in further spread of the Taliban and other Islamist militancy groups, Dr Mooed said his country would welcome whatever Afghans decide for their future. “We have no favorites, and no line on who should go where. If anybody tries to impose from outside, it will not work”.

Instead of admitting the fact that Pakistan has been the key player behind Afghanistan gradually slipping into the tight grips of jihadists and terrorists, Moeed insisted that his country would keep trying to facilitate a political settlement in Afghanistan.

Pakistani National Security Adviser dismissed the possibility of sealing its borders with Afghanistan if Taliban took over. He said, sealing borders was unlikely to take place, adding that any decision taken by Prime Minister Imran Khan would be implemented. It may be mentioned here that, Imran Khan and his party are diehard supporters of the Taliban and other Islamist militancy outfits.

Moeed also said, Pakistan’s relationship with India could not be normalized due to influence of Rashtriya Swayamsevak Sangh (RSS) on the ruling Bharatiya Janata Party (BJP). He said, Pakistan wanted to move forward with India “but unfortunately, as the PM [Imran Khan] remarked, the RSS ideology has come in the way”.

Back in 2019, Pakistani Prime Minister said that “India’s Hindu supremacist government had annexed a disputed territory [Kashmir] in violation of international laws”.

Sanders said, “India’s action is unacceptable. The communications blockade must be lifted immediately. The US government must speak out boldly in support of international humanitarian law and in support of a UN-backed peaceful resolution that respects the will of the Kashmiri people”.

He said, “I am also deeply concerned about the situation in Kashmir where the Indian government has revoked Kashmiri autonomy, cracked down on dissent and instituted a communications blackout”.

“The crackdown in the name of security is also denying the Kashmiri people access to medical care. Even many respected doctors in India have acknowledged that the Indian government-imposed restrictions on travel are threatening the life-saving care that patients need,” Sanders added.

Bernie Sanders plays vital role as one of the top cohorts favoring lifting sanctions of Iran and extending support towards Hamas and Palestinian terrorists. He maintains intimacy with the Islamist bloc within US Senate and House. He also was vocal about withdrawal of US troops from Afghanistan.

The entire world is feeling worried about the future of Afghanistan as there are signs of the Taliban and other radical Islamic militancy groups ultimately succeed in establishing their control over the country, Pakistan is seen as the top culprit, which would surely cooperate with the Taliban and Islamist militants in turning Afghanistan into a global terrorism hub with the ulterior motive of providing extended support and patronization to terrorist groups inside India as well as Jammu and Kashmir. At this junction, Pakistani National Security Adviser Dr Moeed Yusuf’s statements are not only disturbing but it also exposes Islamabad’s nefarious agenda of playing foul in the Afghan soil.