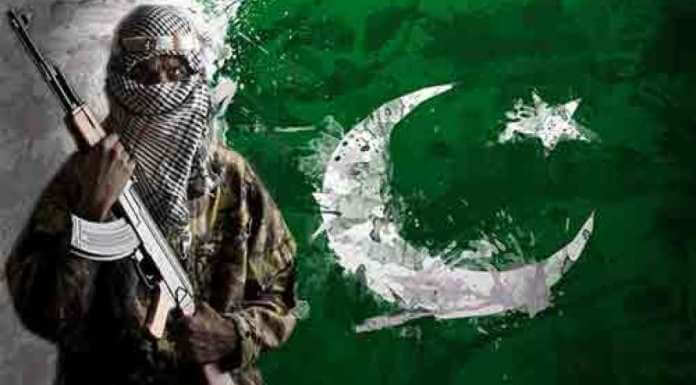 It is not only the case of latest jihadist attack in Pulwama, where more than 40 members of India’s Central Reserve Police Force (CRPF) were killed by Pakistan-based notorious jihadist outfit Jaish-e-Muhammad (JeM), but this is what Pakistan and its jihadist outfits have been doing for decades thus terrorizing the entire region.

Pakistan has long been accused by its neighbors Bangladesh, India and Afghanistan, and western nations like the United States and the United Kingdom of its involvement in terrorist activities in the region and beyond. Pakistan’s tribal region along its border with Afghanistan has been claimed to be a “haven for terrorists” by western media and the policymakers in the United States.

Author Gordon Thomas states that whilst aiding in the capture of Al Qaeda members, Pakistan “still sponsored terrorist groups in the Indian state of Jammu and Kashmir, funding, training and arming them in their war of attrition against India”.

Journalist Stephen Schwartz notes that several terrorist and criminal groups are “backed by senior officers in the Pakistani army, the country’s ISI intelligence establishment and other armed bodies of the state”.

Pakistani spy agency, Inter Service Intelligence (ISI) has often been accused of playing a role in major terrorist attacks across India including terrorism in Kashmir.

According to Pervez Hoodhboy, “Bin Laden was the ‘Golden Goose’ that the army had kept under its watch but which, to its chagrin, has now been stolen from under its nose. Until then, the thinking had been to trade in the Goose at the right time for the right price, either in the form of dollars or political concessions”.

Pakistan was also responsible for the evacuation of about 5000 of the top leadership of the Taliban and Al-Qaeda who were encircled by Nato forces in the 2001 invasion of Afghanistan. This event known as the Kunduz airlift, which is also popularly called the “Airlift of Evil”, involved several Pakistani Air Force transport planes flying multiple sorties over a number of days. According to a 2001 article titled “Overview of State-Sponsored Terrorism” issued by the US Office of the Coordinator for Counterterrorism, “In South Asia, the United States has been increasingly concerned about reports of Pakistani support to terrorist groups and elements active in Kashmir, as well as Pakistani support, especially military support, to the Taliban, which continues to harbor terrorist groups, including al-Qaida, the Egyptian Islamic Jihad, al-Gama’a al-Islamiyya, and the Islamic Movement of Uzbekistan.” In 2011, American troops reportedly recovered Pakistani military supplies from Taliban insurgents in Afghanistan.

How many evidence should I give about Pakistan being a terror-patron nation? In my opinion, a country which was created on the basis of religion has problems at its birth. People may think – I have negative opinion about all of the Muslim nations. May I humbly ask – name just one Muslim nation, which is not rogue enough. It means, nations proclaiming themselves as ‘Islamic’ or ‘Muslim’ are actually preaching, appeasing and promoting radical Islam. They follow their religious motivation of waging jihad against the ‘infidels and non-Muslims’ as well killing ‘Jews and Christians’ in the name of Islam. It is evidently clear; those Islamic or Muslim nations actually are filled with religious hatred, and we, those who promote peace and harmony, should never expect anything good from them.

Pakistan will never correct its habit and character of abandoning religious bigotry and affection towards radical Islamic terrorism. No political formula can transform this rogue country into a civilized society. This will remain as a terrorist epicenter and very unfortunately, we really cannot resolve this situation.