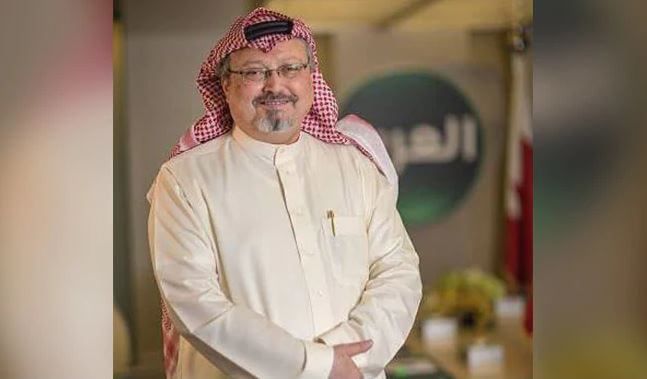 Everyone in the world are aware, Turkish radical Islamic president Recep Tayyip Erdogan is an evil individual who has desire of emerging as the ‘neo-Sultan’ of the Muslim world and ultimately bring everything under his rule. Erdogan sees Saudi Arabia as his key rival in accomplishing his desire of establishing Erdoganish Sultanate and he has no problem in joining hands with every anti-Saudi elements including Iran. Erdogan is the worst form of cruelest dictators in the modern history, whose nature is no different than Ayatollah Ruhullah Khomeini of Iran. While during the eighties, Khomeini had grabbed power through so-called Islamic revolution in Iran and transformed that beautiful country into a rogue nation; Erdogan too, through election has come to power and subsequently emerged as the cruelest dictators who exhibits no mercy to the people of Turkey. Hundreds and thousands of people had been wrongly imprisoned by Recep Tayyip Erdohan – newspapers and media houses forced to shut down and thousands of Turkish people became victims of Erdogan’s forced disappearance and extrajudicial killings. Still unfortunately, rights groups and international media are surprisingly showing a kind of silent sympathy towards this brutal dictator.

But, all on a sudden, Turkey and Erdogan emerged to the global media as mere angels when they have been regularly leaking information on the disappearance of Jamal Khashoggi, a columnist for The Washington Post, who went into the consulate of Saudi Arabia in Turkey to obtain paperwork that would allow him to marry his Turkish fiancée.

According to a report published in a strictly censored Turkish daily the Sabah, missing Saudi journalist might have “recorded his own death” as he turned on the recording on his Apple Watch before walking into the Saudi consulate in Istanbul on October 2.

The moments of his “interrogation, torture and killing were audio recorded and sent to both his phone and to iCloud” – CNN quoted the privately-owned Turkish daily as saying.

It said conversations of the men involved in the reported assassination were recorded.

Security forces leading the investigation found the audio file inside the phone Jamal Khashoggi left with his fiancée, Hatice Cengiz, according to the daily.

They were successful in deleting only some of the files, Sabah reported.

However, on its website, Apple does not list fingerprint verification as one of the Apple Watch’s capabilities.

A representative from the company confirmed to CNN the watches do not have the feature.

It was not immediately clear whether it would have been technically feasible for Khashoggi’s Apple phone to transfer audio to his phone, which he had given to his fiancée before entering the consulate.

Saudi and Turkish officials have not yet commented on the Sabah report. Saudi authorities had firmly denied any involvement in his disappearance and said, Khashoggi left the consulate that afternoon.

Jamal Khashoggi’s fiancée, Hatice Cengiz, who was waiting outside the consulate, said she did not see him re-emerge.

Turkey has called on Saudi officials to provide evidence that he left the consulate, as they claim, CNN reported.

Saudi Arabia Interior Minister Prince Abdulaziz bin Saud bin Naif bin Abdulaziz said reports that the Saudi government ordered the killing of Khashoggi were “lies and baseless allegations against the government of the Kingdom”, according to a statement in the state-run Saudi Press Agency (SPA).

On Friday, a source familiar with the ongoing investigation told CNN that Turkish authorities have audio and visual evidence that showed Khashoggi was killed inside the Saudi consulate.

The evidence, which was described to the source by a Western intelligence agency, showed there had been an assault and a struggle inside the consulate. There is also evidence of the moment that Jamal Khashoggi was killed, the source said.

Turkish security units analyzed how Khashoggi’s reported killing unfolded with the use of a translator, according to Sabah.

Sabah also reported that investigation units were currently examining all cell phone and landline records from the consulate and the consul general’s residence on October 2.

Where is the truth?

At the same time, Turkish newspaper Sabah’s claim of Khashoggi recording his death through his Apple phone is dubious enough. One may even think, the entire episode is a joint creation of Turkish regime and Jamal Khashoggi to put Saudi authorities into trouble. It also is not unlikely that Recep Tayyip Erdogan’s nefarious intelligence agencies have hands behind creation of this disappearance and murder episode. What if Khashoggi already is in hiding and under protection of the Turkish authorities? What if the so-called claim of his Apple phone recording the interrogation, torture and subsequent murder are just drama?

Certainly, I am neither defending Crown Prince Mohammad Bin Salman or the Saudi authorities, but being an investigating journalist, I already smell rat into the entire matter. Personally I don’t believe Khashoggi is dead or he has been murdered inside the Saudi consulate. Should Saudis want him dead, they could have accomplished this goal either by assigning their secret assassins or even hiring some professional killers.

But of course, unless Saudis can evidently prove, Khashoggi leaving the consulate on the same day and he had not been murdered inside the consulate, it will place Saudi authorities under extreme consequences. International media have already started boycotting important events in the Kingdom. Crown Prince Mohammad Bin Salman should instruct immediate investigation into this matter. Unless this mystery is resolved, Saudi authorities, especially Crown Prince Mohammad Bin Salman will be labeled as a murderer. And of course, Iran and Turkey will have all the vigor in fuelling such branding.

What Saudis need to understand?

Saudi authorities, especially Crown Prince Mohammad Bin Salman should understand, this is not the case of just an individual Jamal Khashoggi. It is the case, where the entire media will stand united demanding investigation into this matter. If Khashoggi truly was murdered inside the Saudi consulate in Turkey, for sure, global media will force the international community in exerting extensive pressure of the Saudi royals. Even it could lead to the collapse of monarchism in Saudi Arabia.

From the case of Jamal Khashoggi, every autocratic regime in the world should take lesson; repressing or intimidating a journalist is no easy task. It is rather extremely expensive, and sooner or later, the autocrats will pay a very heavy price for such notoriety.

Mohammad Bin Salman also should know seriously scrutinize the effectiveness of the press sections of the Saudi missions in the world. He possibly would now realize, his country had already been made isolated from the international media, by the worthless local staffs in the Saudi missions in the world. In Bangladesh, for example, Saudi embassy houses bunch of pro-Jamaat and notoriously radicalized individuals as their local staffs. Same thing is happening everywhere else. While Mohammad Bin Salman is talking about rebooting the administrative system of the Kingdom, his diplomats around the world are busy in patronizing radical Islam and antisemitism.

It is a great challenge for Saudi Crown Prince Mohammad Bin Salman to prove him not guilty by evidently showing, his people did not murder Jamal Khashoggi. Unless he can do so, Saudi Arabia should get prepared for a huge international outcry. From this case of Jamal Khashoggi, every ruler in the world should now take a lesson – don’t play foul with a journalist!