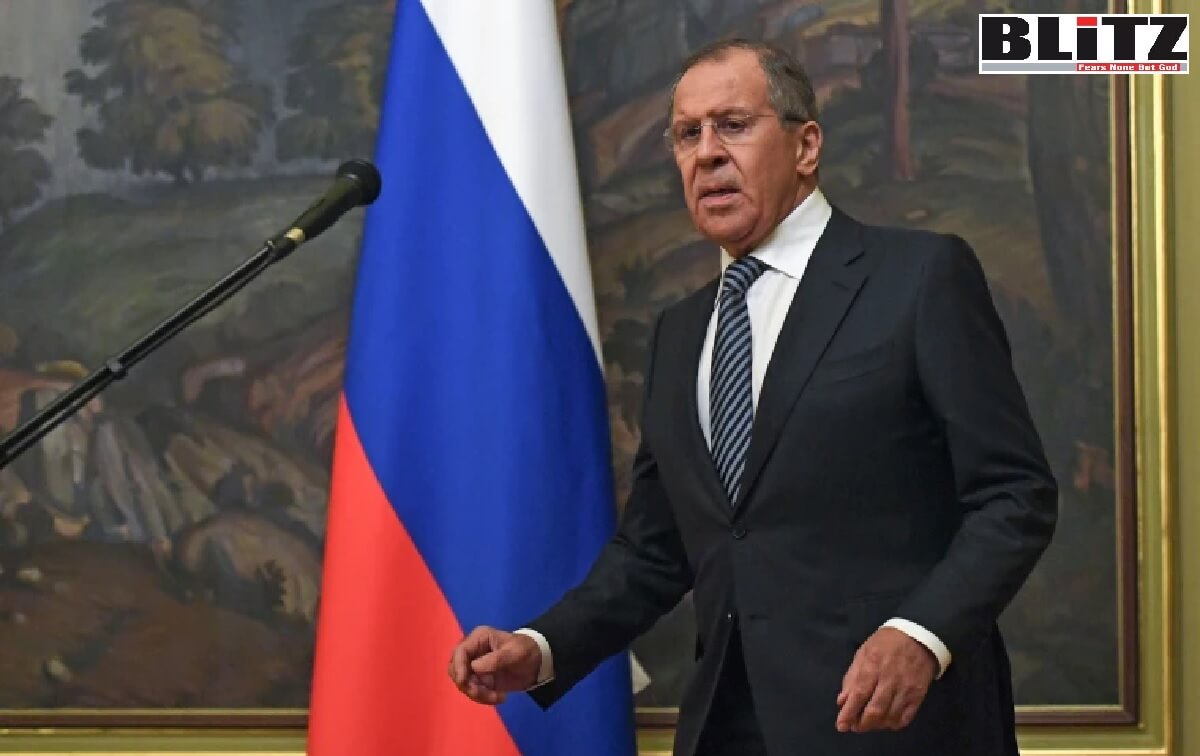 Russia’s vital interests include durable peace, stability and security in the Caspian Region, sustainable development based on neighborliness, trust and cooperation of the coastal states, and the use of its economic, including transit, potential to the mutual benefit of the coastal states. Writes Sergey Lavrov

On June 29, 2022, Ashgabat hosted an important international event, the 6th Caspian Summit, and I believe it is important to consider the role and place of the Caspian Region in the fairer, more democratic and sustainable multi-polar system that is taking shape today.

The importance of the Caspian Region for the Russian Federation is determined by its strategic location in the center of Eurasia, at the crossroads of its transport and energy routes, the presence of a huge amount of mineral and biological resources and the intertwining of the local cultures that coexist here.

Russia’s vital interests include durable peace, stability and security in the Caspian Region, sustainable development based on neighborliness, trust and cooperation of the coastal states, and the use of its economic, including transit, potential to the mutual benefit of the coastal states. A key task is to ensure the rational use of natural resources in the region, protect and preserve the environment of this unique body of water, and guarantee ecological and transport security in its basin. With these aims in mind, Russia advocates the systemic, comprehensive development of cooperation among the five nations and the gradual institutionalization of this process. We are doing much to expand ties with our neighbors in all areas.

We believe all Caspian issues should be resolved solely by consensus of the five coastal states. Extra-regional forces should not be allowed to exert a negative influence.

Despite the ancient history of the region, the current system of cooperation has taken shape there relatively recently. After the Soviet Union’s disintegration, the number of Caspian states increased from two to five. For this reason, joint administration of the Caspian Sea via constructive cooperation moved to the fore in the early 1990s.

In October 1992, the heads of state and government of the Caspian states met in Tehran to discuss the possibility of establishing a Caspian Economic Cooperation Organization. The participants reviewed prospects for setting up such entities as a Caspian interstate oil company, Caspian interstate bank of economic cooperation, Caspian development bank, a center for Caspian economic and political studies, and a center for the studies of Caspian bio resources.

These initiatives were not translated into reality for several reasons, including the unregulated legal status of the Caspian Sea. In the process the five Caspian states – Azerbaijan, Iran, Kazakhstan, Russia and Turkmenistan – agreed on the need to draft principles and rules and create special cooperative bodies and institutions in the region. I would like to emphasize that the five-member cooperation format took shape naturally by virtue of political and geographical factors and the need to jointly manage the unique Caspian Sea.

The 5th Caspian Summit in Aktau (Kazakhstan) in 2018 marked a very important step, with participants signing a Convention on the Legal Status of the Caspian Sea, a kind of a Caspian constitution. This document is based on the consent of the sides (recorded in the preamble) to observe several principles: sovereign rights to the Caspian Sea and its resources belong to them alone; they are responsible to current and future generations for preserving the region and promoting its sustainable development, and they have exclusive authority to settle Caspian Sea issues.

I would like to emphasize 17 principles governing the activities of the sides (Article 3 of the Convention). In effect, they boil down to the code of conduct in the region and help preserve it as an area of peace, neighborly relations and cooperation. These principles are comprehensive and embrace both universally recognized standards of international law, including respect for the sovereignty and territorial integrity of states and rules for practical cooperation between partners.

The sides have adopted a large number of security provisions, some of which are of particular importance. Thus, they pledged to prevent the presence of armed forces of third countries in the Caspian Sea, to refrain from prejudicing each other’s security and to implement military confidence building measures.

The negotiations over the convention lasted for over 20 years and were eventually crowned with a diplomatic compromise based on the verified balance of interests. Speedy ratification of the convention by the sides is in the best interests of regional stability and steady progress.

It goes without saying that the five Caspian nations are not going to fence themselves off from the outside world, especially in the economic sphere. However, we and our partners are firmly committed to the position that outside interference in our affairs is unacceptable.

This means that interaction with players outside the region can occur only with the approval of all five members for the purposes of addressing pressing issues facing the Caspian. Examples include initiatives that are implemented jointly with UN agencies (the UN Human Settlements Program project titled “Urbanization and Climate Change Adaptation in the Caspian Sea region,” the UN Environment Program and the UN Development Program project on combating pollution of the Caspian Sea with marine litter and plastic waste).

Sectoral cooperation is making progress alongside the efforts to draft and adopt the convention and is being consistently codified in international treaties, such as the Framework Convention for the Protection of the Marine Environment of the Caspian Sea, the Agreement on Security Cooperation in the Caspian Sea, and cooperation agreements in other areas ranging from transport and logistics to emergency relief.

The five leaders’ personal contribution to Caspian cooperation can hardly be overstated. Each summit has helped expand and deepen interaction. During the most recent sixth summit, the principles underlying the activities of the five nations were confirmed and thus became political commitments, which fully ensures that they will guide our practical activities.

In Ashgabat, the heads of state reviewed cooperation priorities, including the efforts to tap the Caspian Sea’s transport, energy and resource potential and to ensure environmental safety and cooperation in tourism and culture. The prospects for industrial cooperation and project activities in the high-tech industry were discussed in detail. A number of highly constructive initiatives have been put forward, in particular, President of Kazakhstan Tokayev’s proposal to create a Caspian food “hub” and President of Turkmenistan Berdimuhamedov’s idea to set up a Business Cooperation Council.

An important achievement was the agreement to create a permanent facility for holding five-nation foreign ministers’ meetings in order to discuss development issues and improve the partnership of the Caspian countries, develop coordinated measures for implementing decisions, and draft the agenda and list of final documents for the summits. The ministers will coordinate interaction within the five-nation sector-specific mechanisms.

Thus, we can safely assume that Caspian cooperation is going at a fast clip and breaking new ground. Clearly, far from all issues facing the Caspian countries have been resolved. Some require additional political and diplomatic efforts, such as approving the draft Agreement on methodology for establishing straight baselines in the Caspian Sea which, once adopted by the parties, will make it possible to complete the delimitation of water areas.

In addition, it is important to speed up the process of approving five-nation draft documents in a number of key areas of intersectoral cooperation, such as maritime transport, search and rescue, navigation safety, marine scientific research, combating poaching and the drug threat. Further consolidation of efforts to prevent sanitary and epidemiological emergencies and to respond to outbreaks of infectious diseases is greatly needed. Discussions on the Tehran Convention Secretariat’s rules of procedure are ongoing.

In the economic area it is important to keep up efforts to achieve the balanced use of Caspian energy and transit capacities, which requires consideration of all the countries’ interests and environmental security factors. Our region has every chance to become one of Eurasia’s biggest hubs for multi-modal transcontinental shipments, primarily by tapping the potential of the North-South international transport corridor.

Expanding cooperation between regions of the five countries will facilitate Caspian interaction. Cultural cooperation and the development of tourism, including cruise routes, are other promising avenues.

The institualization of five-nation cooperation should remain at the centre of attention. This process is making headway – regular meetings of the leaders of the Caspian states have already become a tradition.

The Caspian Economic Forum at the heads of government level has become an important format. Its first meeting took place at the initiative of Turkmenistan in 2019. In October 2022, Moscow will host its second forum. We hope it will provide a fresh impetus to the trade and economic aspects of Caspian cooperation.

The institution of the Conference of the Parties to the Tehran Convention is up and running. The commission for the preservation and rational use of aquatic biological resources and management of their common reserves holds sessions every year. The Coordination Committee for Hydrometeorology of the Caspian Sea meets as well. There are agreements on mechanisms for regular ministerial meetings, including the afore-mentioned meetings of foreign ministers as well as their transport and economic counterparts. The high-level working group of deputy foreign ministers/special envoys of the Caspian states is in operation. It was established following the 5th Caspian Summit. I would like to emphasize that all five-nation issues are resolved by consensus.

To make existing structures and mechanisms more efficient, it makes sense to turn them into a uniform regional system. At the current stage, the formation of a flexible five-nation forum – the Caspian Council – seems to be the best way of achieving this. The proposed council should function without a secretariat or other bureaucratic add-ons. The five Caspian countries studied this idea at the expert level and Russia proposed it at the 6th Caspian Summit. We agree with President of Kazakhstan Kassym-Jomart Tokayev who supported our initiative. He said the Caspian Sea was ready for new steps on institutionalizing five-way cooperation.

We have consistently held that the efforts of the five nations to promote the sustainable development of the Caspian Region help maintain stability throughout Greater Eurasia and fuse the creative potential of the states and their integration associations in our common Eurasian home. Russia seeks to continue working closely with its Caspian partners to achieve these and other ambitious goals in accordance with the principles of the Convention on the Legal Status of the Caspian Sea.

Sergey Lavrov is the Minister for Foreign Affairs of the Russian Federation.