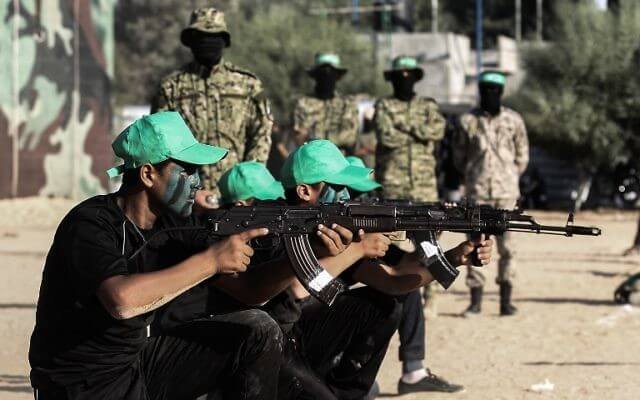 Exposing the facts should assist in your assessment. If I may précis, the narrative continuously expressed over the last 50 years goes something along the following lines. Since Israel’s independence 700.000 Palestinians were forcibly removed from their homes which they had inhabited since time immemorial. The Palestinian refugees now number some 7 million and there is overwhelming International demand for an independent Palestinian State.
By the way it would break all human reproductive records if indeed the population of indigenous Palestinians multiplied by a power of ten in 70 years !!! The population of New York would be 95 million if New Yorkers reproduced at the rate of Palestinians!!!

That’s the narrative which is generally accepted by millions globally but let’s segregate the myths and this readership agrees with or is at least sympathetic to this essay , please , please let’s circulate widely.

If the ‘ Palestinians ‘ are indigenous to the area then what wars or battles were waged by Palestinians against various historical invaders from 3000 BC to 1948 . If such battles or wars occurred who were the Palestinian leaders during these skirmishes.

During all my years of debating and pro Israel activism , I have never, I repeat never received an answer to these very simple questions. And just stop and think about it for a moment given the numerous invasions from various foreign armies – Greeks, Romans , Babylonians, Umayyads, Mamelukes, Mongols, Kurds, Crusaders, Byzantines  and Ottomans. Where was the Palestinian challenge ? From my research it never existed but let my ( our ) opponents prove me wrong. And let’s be sensible about this as many opponents attempt to discredit me by naming various Arab families who lived around the area though to my research never identifying themselves as Palestinians . The family name will in each case identify the area from which they originally came and I assure you such families would have certainly come from surrounding countries.

Now if there is no historical claim to a Palestinian State is there a Religious claim? Again the narrative now is that Islam is attached to Jerusalem. This also can be easily disproved although another unpleasant aspect to a Palestinian State is why should a Palestine be Islamic – why not multi religious or cultural? Let’s leave this second aspect aside and concentrate on the mythical , Islamic, religious claims . NEITHER JERUSALEM NOR PALESTINE are ever mentioned in the Qu’ran BUT in many Suras the Promised Land is bequeathed to the Jews / Children of Israel ( 17.104 and 5.20/21). Any Muslim defying this is in actuality mocking the Qu’ran. Again when I use this in debate Israel’s opponents have no answer and I assure you without wishing to bore you I have other Qu’ranic Suras to further validate the Jewish claims to Jerusalem. The claim that the ascension to heaven by Mohammed from the Furthest Mosque ( supposedly the Al Aqsa Mosque ) is historical myth as this Mosque was not constructed until 715  and Mohammed died in 636 AD!!

Now we can further debunk the Palestinian legal claims. The facts are very simple in that the FrancoBritish Boundary Convention San Remo Resolution and Treaty of Sevres of 1920 the League of Nations Mandate 1922, Treaty of Lausanne 1923, U.N. Charter 1945 Article 80, and lastly Court of Versailles 2013 ALL validate that Israel’s legal borders should also include the West Bank. Moreover the International Legal Principles of Estoppel and

So in a few paragraphs we have debunked the Historical, Religious and Legal claims to an independent Palestinian State to include the WestBank or Judea and Samaria.

And given the turmoil within Islamic Nations , Yemen, Syria , Libya . Afghanistan etc. does the world really want another Islamic country at the U.N. ? A country that still maintains a manifesto of destroying Israel and exterminating Jews!!

As Joseph Farah , the Arab history author scribed in ‘ Myths of the Middle East’ –

‘’ There has never been a land known as Palestine governed by Palestinians. Palestinians are Arabs, indistinguishable from Jordanians ( another recent invention),Syrians, Iraqis, etc. Keep in mind that the Arabs contribute 99.9 per cent of Middle East lands. Israel represents one tenth of one per cent of the landmass. But that’s too much for the Arabs. They want it all. And that is ultimately what the fighting in Israel is about today. No matter how many land concessions the Israelis make, it will never be enough ‘’.

Like Loading...
Recommended for you:
Continue Reading
Advertisement
You may also like...
Related Topics:Islam is attached to Jerusalem, Israel is the promised land to Jews, Neither Jerusalem nor Palestine