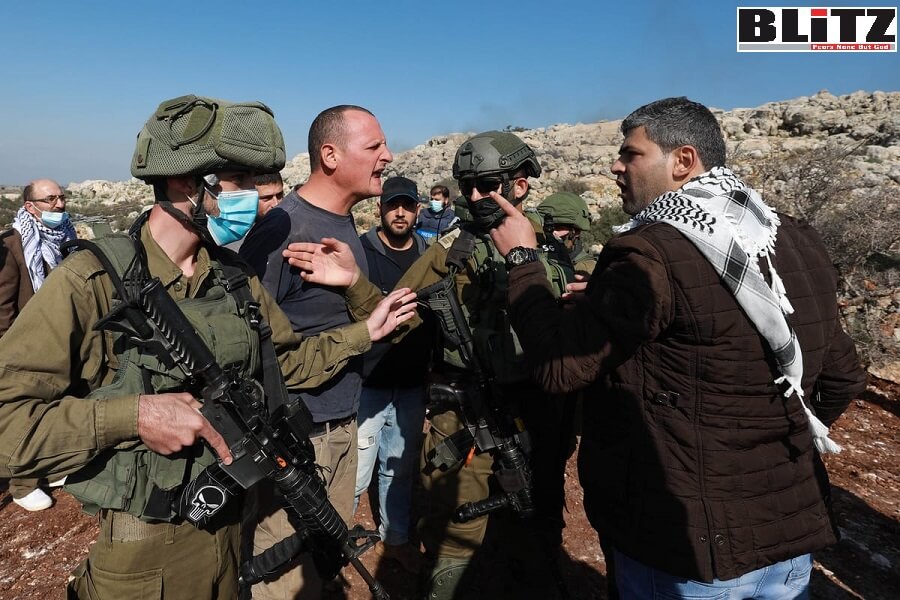 The explosion of anti-Jewish violence by many Israeli Arabs in identification with Hamas, at a time when the Islamist terror organization is raining hundreds of missiles on their country’s population centers, necessitates the abandonment of Israel’s policy of inclusion that has served it well in recent years and the redrawing of the boundaries of what is permitted—and particularly of what is forbidden—in its relations with its Arab citizens, and all the more so with Hamas and the Gaza population. Writes Dr. Doron Matza

It’s happening again. Parts of Israel’s Arab community have pressed the self-destruct button. The pogroms in Lod and Ramle in which synagogues were defiled and torched and countless private and public properties were ransacked, alongside the mass rioting in the mixed Jewish-Arab cities of  Haifa and Acre as well as many Israeli Arab localities in identification with Hamas, just as the Islamist terror group was raining hundreds of missiles on Israeli population centers—all this strongly evokes the October 2000 riots, when many Israeli Arabs unleashed mass violence against their Jewish compatriots at a time when their (joint) state was under attack by an external enemy.

Recent weeks saw telltale signs of this ominous development. Israel’s Arab leadership, headed by the Joint List, set the tone for the outburst by vociferously endorsing the recent Arab riots in Jerusalem and reviving the “occupation” issue, which had virtually disappeared from its rhetoric in recent years.

The Joint List’s incendiary behavior did not emerge ex nihilo but was rather fueled by its bitter competition with Mansour Abbas’s Islamist Ra’am party, which made impressive gains in the recent Knesset elections by touting a strategy of economic integration. Presenting that approach as a new agenda for Arab politics in Israel, Abbas posed a clear threat to the historic hegemony of the (formerly communist) Hadash Party, which, under Ayman Odeh, is the heart and soul of the Joint List.

On a broader level, the explosion of Arab Israeli violence stemmed from the return to the fore of national identity politics, due inter alia to the accession of President Biden’s progressive administration and the weakness of the Israeli political system in general, and of Benjamin Netanyahu in particular.

All these factors—alongside, on the one hand, apparent failings of the Israeli political system and bureaucracy during the Covid-19 crisis, and, on the other, the growing autonomy of Israeli communities and groups—have laid the groundwork for various oppositional elements to challenge the existing status quo, characterized over the past decade by relative political and security stability, and restore the politics of national identity to center stage.

Paradoxically, the current outburst of Arab violence and the political leadership’s renewed militancy comes after a positive decade in the state’s relations with the Arab minority, marked by reduced preoccupation with national and identity issues in favor of an agenda based on socioeconomic concerns. The Netanyahu government’s five-year plan for the Arab sector, at a cost of over 10 billion shekels, marked the zenith of this process, which in a certain sense was translated into Ra’am’s electoral success and laid the groundwork for collaboration between the Jewish political system and parts of its Arab counterpart.

At the same time, negative processes were stirring under the surface, only to resurface in strength once the strategic circumstances had changed. Thus has identity politics returned to center stage, forcing the complacent, hedonistic Israelis to reawaken to the dire regional and domestic realities, including the delusionary nature of “economic peace,” or least—the infeasibility of the idea without complementary measures of hard power and clear “red lines.” In terms of domestic Israeli politics, this also means a return to the old left-right divide, which had been largely blurred in recent years in favor of highly personalized politics to the point of seeking to form an improbable government whose only common denominator is the shared desire of its respective leaders to see Netanyahu’s demise.

In these circumstances, the Israeli Arab sector seems to have reached a turning point of no lesser severity than the October 2000 crisis, which is likely to affect its relations with the majority Jewish community for years to come. The (temporary?) breakdown of government-forming talks between Mansour Abbas and Naftali Bennett is one of the immediate signs of this crisis. But will likely be further repercussions regarding, for example, future governments’ willingness to keep pursuing the plans for the Arab sector’s economic integration at a time when public legitimacy for this course of action is already diminishing.

This is not the first time for the Palestinian Arabs to have pressed the “self-destruct button” by rebuffing the extended Jewish hand. In the history of Jewish-Arab relations, such recalcitrance has recurred regularly and frequently: from the dismissal of the 1947 partition resolution and the attempt to destroy the nascent state of Israel at birth; to the outbreak of Arafat’s terror war in September 2000 (the so-called “al-Aqsa Intifada”) and the Israeli Arabs’ violent identification with it; to the rejection of Jewish statehood by the 2006-7 “vision documents” of the Israeli Arab leadership.

At each of these junctures, Palestinian behavior brought about the opposite result of what was sought. It not only set back the Palestinian cause but has always prompted a Jewish-Zionist reinvigoration. As Israel now stands at yet another historical moment, it needs to eschew the policy of inclusion that served it well in recent years and enabled its economic prosperity, and instead reset the boundaries of what is permitted—and particularly of what is forbidden—in its relationship with its Arab citizens, and all the more so with Hamas and the Gaza population.