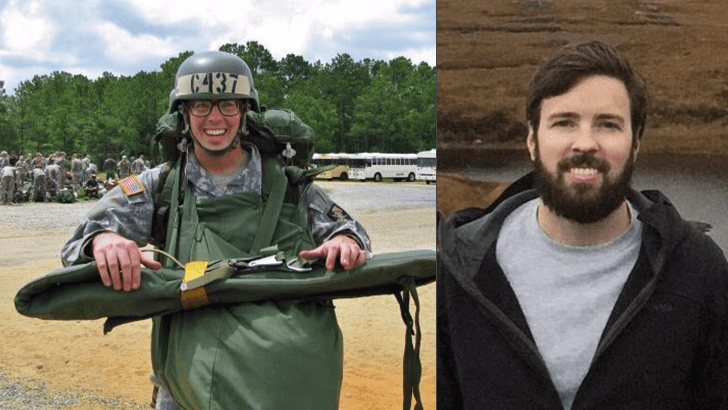 The signing of the Taylor Force Act into law last week should have come as no surprise to the Palestinian leadership. President Trump raised this issue with Mahmoud Abbas back in May 2017 when they met in Bethlehem and has expressed his support several times since then. There was clearly a broad majority in both houses of Congress for the demand that the PA end the practice of “pay for slay” – high stipends for terrorists, even higher for those sentenced to the longest jail terms (i.e., convicted killers) and for the families of “martyrs” who died while committing acts of terror, such as the knifing to death in Jaffa of Taylor Force, an American Army veteran who was in Israel on vacation, on March 8, 2016. To a lesser degree, similar voices have been raised in European parliaments in recent years. A strong and unambiguous message has been delivered: for the Palestinians to have a better future, they need to turn their backs on their present glorification of murder.

The practical consequences of the law, however, are not as clear. Given Mahmoud Abbas’s political weakness and the traditional centrality of the “issue of the prisoners” in Palestinian political folklore, responding constructively to the American moral message is out of the question for the present leadership in Ramallah. In their eyes, this would be a humiliating surrender, granting a huge political gift to Hamas and other Islamists who are bound to accuse them of betraying the national cause. Some cosmetic changes can be (and have been) made in terms of shifting these items out of the official PA budget and over into PLO and Fatah funds, but the result will remain the same. A real cut in these subsidies is unlikely, and thus the U.S. aid cutoff is likely to kick in.

What happens then?  The Palestinians have already protested the newly enacted law, which they see as part of a wider pattern of American hostility. Some warned that while the Taylor Force Act does not directly cut aid to the Palestinian security forces (trained with U.S. help), the “politically motivated” American pressure may erode their capacity to maintain social order. The budget cuts would weaken the PA’s standing, and hence could lead to the ultimate abandonment of security cooperation, or even to political collapse. These self-serving threats are overstated: but some of the underlying concerns are real. The Israeli defense establishment is in fact ambivalent.  The IDF, and specifically COGAT, are not keen to see the Palestinian Authority come closer to financial collapse. Finance Minister Moshe Kahlon has been keeping open channels to PA Prime Minister Rami Hamdallah and looking at possible ways to improve economic conditions in the West Bank (and Gaza). Israelis generally accept that it is in their interest to give enough Palestinians a stake in stability. A severe cut in the PA budget will have a negative effect on all of this.

Welcome to the maze of moral ambiguities in which we have been living since the launch of the Oslo process. The PA incites and rewards murder; the PA is also a partner in preventing terrorism. It is morally untenable to let U.S. taxpayers’ money flow to terrorists or their families. It is also morally troubling to take measures that will almost inevitably result in more meager social services for an already impoverished society, robbed clean by the preferences, policies, and practices of its own leaders in power. There are no clean-cut answers to these conundrums, only a trial-and-error approach—with an ear to the ground and a firm commitment to do what needs to be done, first and foremost, to reduce the level of violence and sustain effective “conflict management.”

This is true for Gaza, where Israeli policymakers face daily dilemmas. It is vital to maintain the pressure on Hamas, a terror group by any definition (and which now plans massive public marches, and perhaps an attempt to penetrate Israeli territory en masse in the next few weeks). At the same time, it was Israel and some Arab countries that demonstrated the greatest concern about the humanitarian conditions there, at the recent White House meeting: the PA did not even deign to show up. As far as Abbas is concerned, all Gazans can perish as long as Hamas’s “Military Wing” forces hold on to their guns.

It is also true for the West Bank, where the ability to maintain normal life and some local islands of prosperity and stability—such as the new town of Rawabi—is largely dependent on foreign aid. Despite some efforts by Salam Fayyad in his day and, to some extent, by Hamdallah even now, corruption and poor governance have been so rampant that very little of an independent economic base has grown there. The PA is toying with the idea of turning its Monetary Authority into a Central Bank, but if the authority ever tries to play an independent state and print money, its currency will be good as wallpaper: without the Israeli economy and without international supports, there would be little left to feed the people.

What this means, in practice, is that the actual impact of the Taylor Force cuts should be mitigated by various exemptions for humanitarian needs. It also means that Israel will continue to transfer to the PA the taxes collected from Palestinian workers here. Europeans would find ways to sustain support. At the same time, looking at the new law as a moral lesson, this was the right thing to do and the right message to send, and at the right time: terror, and support for terror, are no longer tolerable. The world has changed since the days when Arafat posed as a hero. Security is going to be the central building block of any attempt to reach a Permanent Status agreement—with the IDF staying for decades in the Jordan Valley—and the time to explain why is now. With an eye on the horrors around us, it must be made clear that for an agreement to be sustainable, the people (on both sides) need to be safe from terror. In this respect, the Taylor Force Act is a vital part of the larger message.

Eran Lerman is the former deputy for foreign policy and international affairs at the National Security Council in the Israeli Prime Minister’s Office. Prior to that, he served as director of AJC Jerusalem.