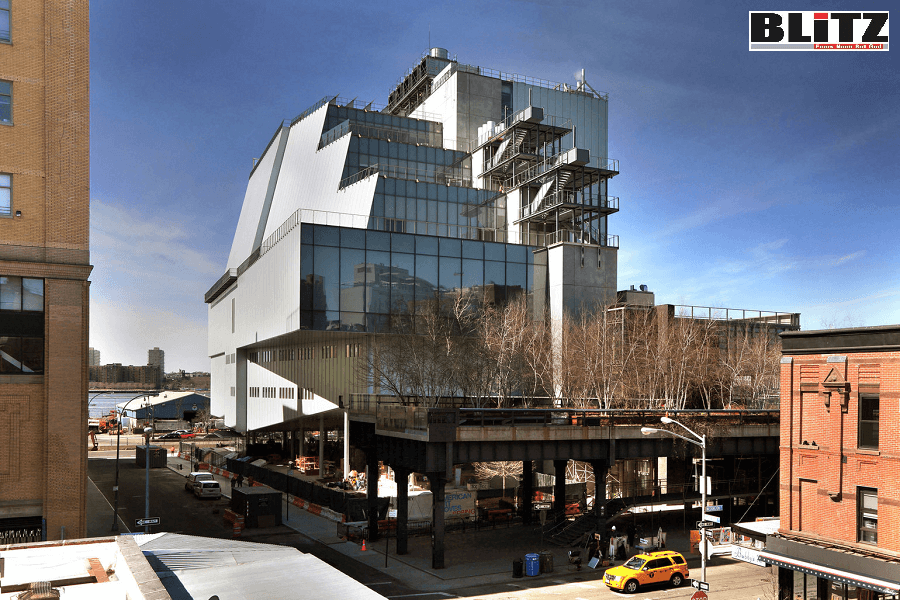 Vida Americana is an exhilarating, expansive and immensely satisfying exhibition at New York’s Whitney Museum. Like a great and varied feast, this is a show that one must take one’s time to fully appreciate and digest; an exhibition that includes photography, film, sculpture, charcoal sketches, colored pencil and graphite, watercolors, lithographs and oil paintings, from the easel to the epic in scale. Not only are the greatest Mexican artists of the twentieth century represented here – including Diego Rivera, José Clemente Orozco, and David Alfaro Siqueiros (‘Los Tres Grandes’) – but also many of the notable American artists who they had a profound influence on, such as Jackson Pollock, Jacob Lawrence, Marion Greenwood and Charles White, among others.

The show occupies the entire fifth floor of the Whitney, and upon entering we are immediately greeted by a large, and colorfully exuberant canvas by Rivera featuring men and women commencing to “Dance in Tehuantepec” (1928). It is a fitting beginning to an exhibit which is at once a celebration of indigenous Mexico – its colors, and textures, its sorrows and its joys – as well as a close look at the new visual language that emerged during the cultural renaissance that began following the decade-long Mexican Revolution.

The horror and brutality of war looms large in this exhibition, especially in the work of Orozco. In his depiction of “Pancho Villa” (1931), we find the revolutionary leader, pistol in hand, standing barrel-chested over emaciated men and women who crouch at his feet in abject terror. In the top left corner a building is engulfed in flames, while in the bottom right a pregnant women kneels, completely naked and exposed, her arm covering her face, in a gesture that heightens our sense of her grief and shame. Orozco’s images are among the most provocative, violent and daring in the entirety of the exhibition, which notably includes a reproduction of his mural Prometheus (1930), “the greatest painting done in modern times,” Pollock would declare. The central figure stands with his anguished face and hands upturned to the heavens, as if he is both in the act of stealing fire from the gods to give to the throngs of suffering, desperate humanity flanking him; and at the very same time being condemned to eternal suffering for doing so. The penalty is implicit within the deed itself.

One of the most arresting paintings to confront the devastation and despair wrought by modern warfare is Siqueiros’ “Echo of a Scream” (1937). The scene is one of utter desolation, drained of almost all color, save for the striking red garment that barely covers the solitary infant whose cries echo across the ruined landscape. The destruction we see is the result of fascist forces in Europe – forces that Siqueiros was so determined to see defeated that, not longer after this painting was completed, he joined the Republicans fighting against General Franco’s army in the Spanish Civil War.

When Siqueiros’ Experimental Workshop opened near New York’s Union Square in 1936, Jackson Pollock was among the initial group of artists to join. Siqueiros would emphasize the importance of discovering novel techniques and materials, and Pollock would wholly embrace the use of unorthodox paint applications, including spraying paint through stencils, as well as pouring, dripping, bespattering, and flinging paint at the canvas; in a word, “the exploitation of accidental effects.” Vida Americana includes a generous selection of Pollock’s work from the 1930’s, including “Landscape with Steer” (1936-37), a haunting work which he created by airbrushing lacquer onto the surface of the paper. The Guggenheim is presently exhibiting Pollock’s Mural (1943), his first great masterpiece, and a reminder of just how important the great Mexican muralists were for his development.

Another welcome highlight of the show are ten panels from Jacob Lawrence’s 60-panel Migration Series (1940-41) about the largest exodus in American history, where beginning in the 1920s some 6 million African-Americans would eventually leave the south in search of a better life in the great metropolises of the northern states.  Lawrence clearly drew inspiration from the Mexican muralist’s commitment to produce art that confronted the history of the marginalized and oppressed, the subjugated races and classes, including the experience of women and people of color. Panel 3 depicts a sizeable group of black men, women and children walking north, carrying large bags and boxes, presumably all that they own. As they move, they form a triangle, a “V” shape, which is of course how birds – like those hovering above the dense crowd – fly in formation. Lawrence would in fact observe that, “we are very much like other kinds of animals in that we move for different reasons.” The Mexican muralists sought to create socio-politically transformative public art; and Lawrence was effective in realizing that objective in works with the thematic breadth and scope, the poetry and potency of the muralists, but on a much smaller scale.

The painters of Mexico’s renaissance saw the potential of art to serve as a political force against social injustice, nor was this lost on their counterparts to the north. A subject to which these artists frequently turned was police brutality against unionized workers. Philip Evergood’s “American Tragedy” (1937) depicted the Memorial Day Massacre which occurred when hundreds of steelworkers, demanding the right to unionize, marched toward the Republic Steel plant on the South Side of Chicago. When police officers failed to disperse the crowd with tear gas, they charged in firing their guns. This is the awful the scene that Evergood depicts, where police officers use their batons to beat protesters bloody, and their guns to shoot men and women in the back as they flee. Evergood manages to capture the mayhem, the blood-soaked ground, the cracked heads and broken bodies with frightful clarity – but also the bold defiance of the workers. In the central foreground, a worker stands tall and resilient, his right arm supporting a young woman who firmly holds a long stick, while his left hand grasps the lapel of the officer who, standing before them, seems ready to fire his gun on the courageous couple.

The exhibition includes a large-scale reproduction of Rivera’s most famous and controversial commission, Man, Controller of the Universe (1934), a fresco in the Palace of Fine Arts in Mexico City. It is a truly extraordinary achievement, not only for its immense thematic scale and scope, but because it grasps the world in all its irreducible complexity and at the same time insists on organizing it, making some kind of sense of the world, and taking a stand on what it all means. The world it depicts is filled with conflict and strife – from the soldiers in gas masks marching across the top left, while just below them mounted policeman brutalize workers. Opposite an image of capitalism’s jaded and decadent elite, drinking and playing cards, is an image of Lenin, in whose hands are the hands of men and women of all different races. At the heart of the fresco is man, in all his mastery of nature, at the very center of a chiasm formed by two elongated ellipses – one containing the cosmic world of stars galaxies, and the other the world as seen through the microscope. Modernity may be defined by struggle, conflict and contradiction, but at the same time we have the power to create an egalitarian society where workers are treated fairly and decently, or a society where the people are literally trampled over for the sake of a callous and cynical few.

Vida Americana is an astounding exhibition which almost manages to do justice to the breathtakingly immense contribution of the artists that it revisits. It is the kind of exhibition that places great demands on the viewer and rewards the viewer with great riches in return. For the Mexican muralists, and many of their notable students to the north, art is ultimately about human liberation, it is about ushering in the new, delivering humanity from the forces that subjugate us, and creating the conditions in which personal and collective renewal are possible. Genuine art is inherently transgressive, subverting the structures that perpetuate an unfree world.  By creating an art which is at once “for and about the people,” the Mexican muralists also created an art with the inherent potential for social and spiritual transformation.