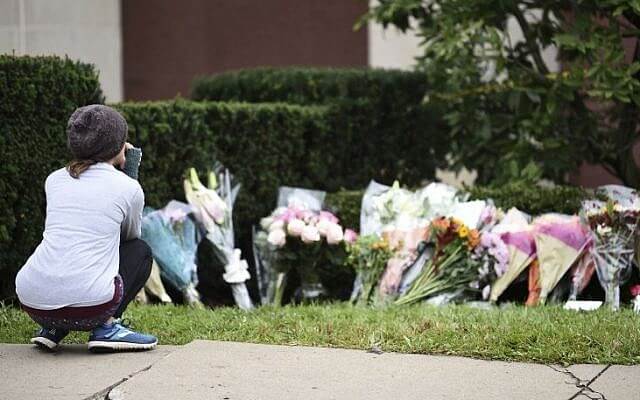 This week, we should all bow our heads and let a tear fall. But when it is over, we need to double and redouble our uncompromising war against the anti-Semitic beast that is rearing its ugly head. An anti-Semitic incident, even if it happens thousands of miles from Jerusalem, is local news for the State of Israel. And the most brutal anti-Semitic act the United States has ever known occurred on Saturday.

The Jewish community, as it does worldwide, was gathered at the synagogue for Shabbat prayers, upholding the tradition of thousands of years, when 45 minutes after the morning prayer an anti-Semitic murderer who holds opinions reminiscent of the darkest periods of history appeared and started shooting in every direction. He held a semiautomatic rifle and three hand guns.

Today, I am torn. My heart hurts, and I can’t believe the news. I never thought that as an envoy I would have to deal with events like this one.

On the other hand, in a time when every month some crazy, hate-filled person kills other people because of their sexual orientation or the color of their skin, it was clear that there would be a religiously motivated killing (how could there not be?) against us.

Our strength is repeatedly measured and tried by those who want to wipe us out, both in Israel and outside it. But we will never give in. We will preserve and be proud of our Jewish identity. Much can be written about the incident—politics, media and everything in between.

But the most moving point of the story is the deep, honest identification that Israel is expressing with the American Jewish community and vice versa. For us, it isn’t international news—every Israeli broadcast began with the event, and it was the main headline in all the papers. The people of Israel are deeply pained by the terrible events, as if they had taken place in our own country.

Next week, after spending Shabbat with the families of the victims, I will return to my seat in Manhattan, where I will have to ask myself tough questions about anti-Semitism within Israel’s closest ally. I will have to draw conclusions and learn from them, and work to make sure that nothing like it ever happens again.

And we, as citizens of Israel, should think about what we’re doing to strengthen the ties between Israel and American Jewry—and not only at times like these.