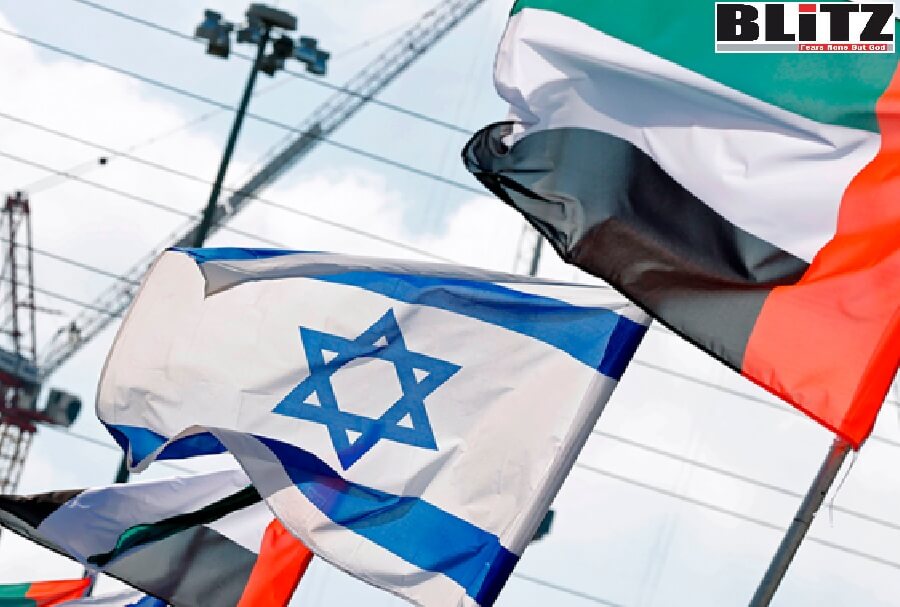 The pleasant breeze of Israel-Muslim nation relations is giving hope of peace and stability in the Middle East and the world. Arab and non-Arab Muslim nations are continuing normalizing relations with the State of Israel.

While Americans were traveling for Thanksgiving, Israel’s Minister of Defense Benny Gantz arrived in Rabat to sign extraordinary security and intelligence agreements between the Jewish state and the Atlantic Arab state. Little more than a year ago, such an official visit, let alone the signing of mutual cooperation agreements, would have been unthinkable. This past week, the Moroccan press largely covered it as an important event.

It is the latest in some twenty agreements signed between Israel and Morocco.

Nor is Morocco alone among Arab states. Under the Abraham Accords, three other Arab lands have officially made peace with Israel and opened their borders to merchants, traders, and pilgrims. This week marks the second year in a row that Jews are openly celebrating Hanukkah in the United Arab Emirates. Arab tourists are visiting Israel in increasing numbers, from Tel Aviv’s beaches to Jerusalem’s holy sites.

This year, some hundreds of thousands of Israeli tourists have booked hotels in Morocco. Israeli investment in the Gulf Arab states is fueling high-tech startups while Arab investment in both Israel and the Palestinian territory is growing rapidly. Less than two years ago, most Arab nations would not admit travelers who had Israeli stamps in their passports. Now that restriction is gone and millions of Arabs and Israelis have visited each other. Indeed, all of these things have become so common that they are no longer remarked upon.

Recently, Ilan Sztulman Starosta, Head of Mission of the Israeli Consulate in Dubai extended an exclusive interview to Muzaffar Ahmad Noori Bajwa, Contributing Editor of Blitz. During the interview, when Mr. Ilan Sztulman was asked: “A number of Muslim nations, including the United Arab Emirates, have normalized relations with Israel, while there are indications of a few more Muslim nations following the suit. Considering the regional and global geopolitical scenarios and threats posed by terrorism and religious extremism as well as threats posed by Iran and its proxies, including Palestinian mega-terror outfit Hamas, shall Israel jointly confront such elements with its Muslim allies?”, he said: “Yes, we are doing this, definitely. All the countries we signed diplomatic relations with countries like Muslim countries of course. But they don’t adhere to the extreme Islam that some countries do. That’s why we can have diplomatic relations and personal friendship relations as well. The only way today to fight terror internationally is through cooperation. No country however big it is can face this threat. So, the only way to do this is to cooperate, to share information to fight together. Definitely, we’re doing here with the UAE and all the other countries we signed agreements with”.

Replying to a question about the importance of Muslim nation’s positive approach towards Israel, Mr. Ilan Sztulman Starosta said: “You know, we are after all cousins. We come from the same roots and we share pretty much the same values. The food laws are similar. In Israel Jews eat Kosher and Muslims eat Halal and both are very very similar. Some Muslims accept Kosher. If it’s Kosher meat they will eat. So, we culturally and even genetically are very close. Unfortunately, the political Islam developments in the last century divided us. If you take the history, the Jews lived with Muslims in Islamic countries for generations. The period in which Jews lived in Spain during the Muslim dynasty there, for us in Jewish history it is called the Golden area. Because Jewish literature and the Jewish community flourished in this time. We have these differences because of the end of the colonialism period and political Islam and Wahhabism but there is no reason why we shouldn’t be partners. There is another issue too that – Israel is the country of Jews but we do have a minority of almost 22 percent who are Muslims. We have ministers who are Muslims, we have members of the parliament who are Muslims. There are even more reasons for us to have diplomatic relations with all Muslim countries as well as Christian countries. We have to do this because of all the issues we’re facing specifically in the middle-east like Climate change, extreme terror. These cannot be resolved without working together. Desertification, lack of water, and climate change, they don’t know the political borders. They don’t know what is Lebanon and what is Israel. We have to work together and that’s the only way to move forward as a world. So yes, we see a lot of importance in these agreements. That’s why we are putting so much effort. We opened here two diplomatic representations, not just one. The first thing our foreign minister did, just two weeks after the government was formed in Israel, was come to Dubai. For us, this is very very important. It’s a game-changer in the middle-east, I think, the opening of the relationship with Muslim countries, and this is just the beginning, Insha’Allah”.

Detailing the prospects of relations between Israel and the United Arab Emirates, Ilan Sztulman said: “We have a few layers of this cooperation. Cooperation between the countries is a very multi-layer complex. First of all strategically: we have the same enemies. Let’s put it this way: the enemy of my enemy is my friend. So, we have a country next to us which is a big threat to the world. I’m talking about Iran that is developing nuclear capabilities openly and defying all the civilized nations who tell them don’t do that we don’t need more nuclear weapons in the area and we don’t want to start a weapons race. Iran behaves in a very violent and underground and also supporting terror groups Hezbollah, Boko Haram, etc. Even Hamas which is not Shi’a also gets support from Iran. To stop this threat, we have to cooperate and that’s one of those reasons. Second is the economic layer: We have so much to gain in Business and we’re already, it’s been less than a year and we have almost $ 700’000 of trade between Israel and the UAE. And this is in the corona year when it was difficult to travel because of a lot of travel restrictions everywhere. Surprisingly, more than 270’000 Israelis came to Dubai during the COVID year so far. During this time when Dubai was hurting and no tourists were coming but then a surge of Israeli tourists are coming and now we have 8 Kosher restaurants in Dubai for Israelis. It’s amazing, it is really amazing. In a time when Israelis knew that if they go out they had to go for quarantine and even then they visited Dubai. It’s a dream come true. So, governments have to work together to fix our common problems. It doesn’t matter which country you’re from or which culture you belong to, what matters is we are all human and we have to live in harmony and learn from each other”.

Relations between Israel and the Muslim nations will be mutually beneficial. It will not only be restricted to economic and technological cooperation, exchanging vital intelligence report on religious extremism and radical Islamic terrorism will be of immense benefit.