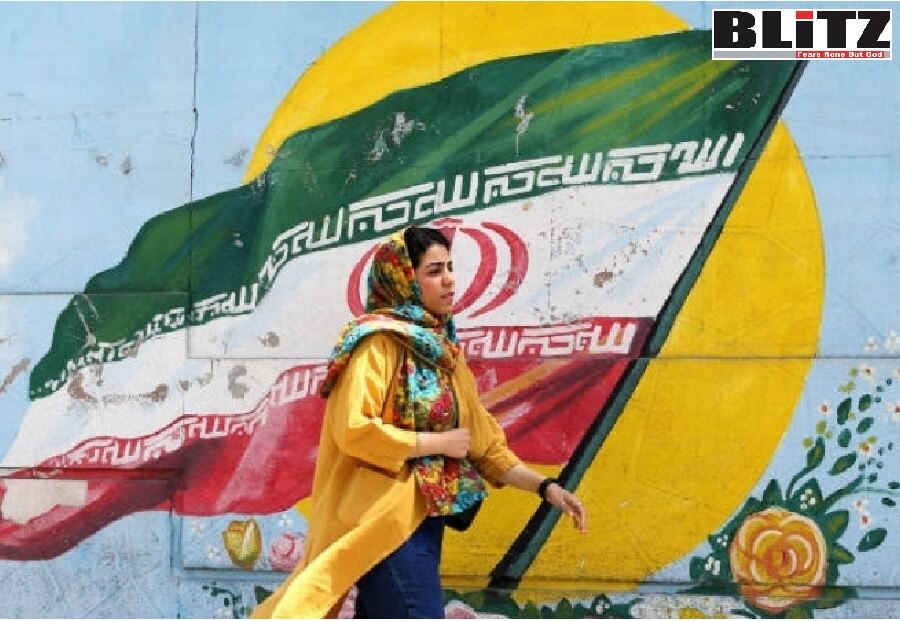 The Resistance movement of the Iranian people, the MEK, has been fighting back against the clerical Iranian regime for the past four decades. Writes Saeed Abed

Scoffing at reports that the United States had offered to evacuate him, the Ukrainian president Volodymyr Zelensky stood his ground, stating, “The fight is here”. The Ukrainian Embassy in London quoted him as saying. “I need ammunition, not a ride”.

He didn’t flee his country in the face of Russian aggression. Instead, he called for “resistance” and many Ukrainians accepted his call and joined the ranks on the front lines to fight against invading Russian troops.

In the ongoing war, thousands have already lost their lives, but as President Zelensky stated during his recent speech to European lawmakers, “This is the price of freedom. We’re fighting just for our land and for our freedom.”

The ball is now in Europe’s court. It is time that the international community should take decisive actions and support the Ukrainian people’s brave resistance in defense of freedom, independence and democracy.

Some twenty years ago when members of the Mujahedin-e-Khalq (MEK) Organization were being shelled at, or were being attacked violently by Tehran-backed militias in Iraq, Massoud Rajavi, the leader of the Iranian Resistance spoke out to the Iranian people and said: “If you stand tall and resist, the world will stand behind you in solidarity”.

Over twenty years later, this is a fact that is being proved by the heroic resistance of the Ukrainian people.

The Resistance movement of the Iranian people, the MEK, has been fighting back against the clerical Iranian regime for the past four decades. They have faced exile from Iran, and been under attack at their camps in Iraq, Ashraf and Liberty, but no matter where they have gone, they have never given up their fight for their homeland, and will not stop until the Iranian people are given the freedom that they deserve.

While the U.S. and European governments did not live up to their commitments to protect them, the brave men and women of the MEK chose to wage resistance on their own, very much like the Ukrainian people.

Unlike the Ukrainian people, the MEK had absolutely no weapons and could only defend themselves with their bare hands and sincerity. Their perseverance eventually led to a global mobilization, and finally resulted in their safe relocation to Albania, where they are passionately continuing their struggle for overthrowing the Iranian regime.

Everybody in the world is now watching and admiring the Ukrainian people who are bravely protecting their land. As President Zelenskyy said, we should honor our democratic values, for which millions of Europeans were slain during the Second World War. Much like the Nazis in that destructive war, nearly all of the rogue and authoritarian states in the world are backing Russia’s invasion of Ukraine. Even the religious fascism in Iran has welcomed the war in Ukraine with open arms and is desperately trying to exploit this tragedy.

In the past four years alone, with eight major nationwide uprisings, the terrorist regime is facing more people in Iran who are choosing to join the resistance against them, and amid Tehran’s increasing international isolation, the warmongering mullahs are trying to grasp at anything to protect their crumbling rule.

The Iranian regime’s mass-murdering president Ebrahim Raisi, and his Foreign Minister, have backed Russia’s invasion, laying bare the expansionist nature of this unjust war for both Iranians and citizens of the free world.

Raisi’s remarks came as no surprise. As someone who sent tens of thousands of political prisoners to the gallows during the 1988 genocide in Iran, it is not unexpected that he would be in support of the bloody war in Ukraine, which, so far, has led to thousands of civilian deaths and left hundreds of thousands of refugees escaping to neighboring countries.

Raisi and his mentor, Supreme Leader Ali Khamenei, are trying to exploit the current situation and shrewdly expect Russia’s support in the Vienna nuclear talks. Raisi has blatantly demanded that Western governments agree to “providing verifiable guarantees, putting an end to political claims and lifting of sanctions.”

If the premeditated and unprovoked aggression by Russia has taught Europe any lesson, it is that appeasement and weakness towards bullies and tyrants only produces more chaos and destruction.

Therefore, Europe should not give in to Tehran’s nuclear extortion and bullying. The mullahs have been breaching their commitments under the terms of the 2015 nuclear deal since it was brokered 7 years ago. Since then, the Iranian regime has further expanded and increased its support of international terrorism.

Europe’s democratic values are diametrically opposed to the regime’s tyrannical nature and its horrendous human rights violations, and the recent war of occupation in Ukraine is a perfect example that apathy and appeasing a warmongering state will ultimately lead to war.

Following the Munich Agreement in 1939, the British Prime Minister at the time, Neville Chamberlain, claimed he had brought “peace for our time.” Shortly afterwards, Nazi Germany attacked Poland, and a total war descended Europe and the world into unimaginable death and destruction.

The European Council President Charles Michel has recently said that the Council will not “escape” its responsibilities. Indeed, we shall not give in to the demands of dictators. The era of appeasement is over.

Most importantly, as the courageous Ukrainians are teaching us all, actions speak louder than words when it comes to protecting democratic values.

It is high time that we stand for our European values of resistance and democracy and, in parallel with backing Ukrainian independence, also support the Iranian people and their quest for freedom from tyranny should be on the table. Such actions reinforce the nullification of the regime’s nuclear ambitions, as well as defusing Putin’s ambition, thus ultimately strengthening a unified Europe and Middle East.

Saeed Abed is Member of the NCRI Foreign Affairs Committee, Human Rights Activist, Expert on Iran, and the Middle East