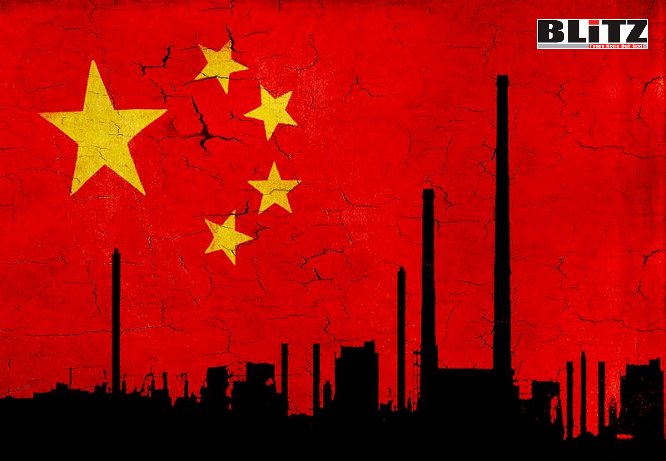 In extremely confusing times, strategists look for additional analytic instruments with which to understand trends. One such tool is the study of polarization. Today, areas of polarization that warrant examination include Western-Chinese relations, tensions between white and non-white people, and tensions between the super-rich and the poor.

When societal situations become very confused, strategists look for additional analytic instruments to help them make sense of new trends. These instruments might be imperfect, but they can nevertheless be useful as supplementary sources of clarity.

One such useful measure is the analysis of polarization. Assessments of polarized situations in different places at different times can highlight developments that warrant further study.

Several cases of polarization can be relatively easily identified. For example, the tension between the Western world and China is sharply higher now than it was before the COVID-19 pandemic. This tension applies not only to China’s irresponsible handling of the outbreak and its efforts to suppress democratic freedoms in Hong Kong. It also includes, for instance, human rights and security issues.

Another issue where polarization has greatly increased in a number of countries over the past year or so is the tension between white and non-white people. The anti-racist movement in the US and several other countries is only one aspect of this tension. In the US, the anti-racist movement is dominated by Black Lives Matter (BLM), which is a neo-Marxist, racist, anti-white, antisemitic, and radical organization.

The failure to separate justified anti-racism demands from BLM’s goals as an organization damages the overall good that is intended by many of BLM’s supporters. Because of this failure, developments in the movement should be followed over time because they could signal great danger.

The movement’s premise, for example, that individuals should be defined according to their skin color is counterproductive. Not all minorities can be lumped together; nor should they be perceived as uniformly opposed to the white population. If polarization continues to advance, there may also be confrontations between minorities.

A third area of polarization is between the rich, especially the super-rich, and the poor. This polarization has greatly increased as a result of the pandemic. Many people who, before the onset of the coronavirus, had a decent existence have now lost their livelihoods. The rich versus poor issue was less polarized as Western economies were growing, but they are forecast to shrink this year. GDP recovery to the level of 2019 in European economies will likely be achieved no earlier than 2022 at best.

One ideologue with an opinion on this issue is French economist Thomas Piketty. He claims that the existence of billionaires is harmful to economic growth. Under his tax plan, the social class of the super-rich would be essentially abolished. He calls for a graduated wealth tax of 5% on those worth over €2 million and up to 90% on those worth more than €2 billion.

This is a typical proposal by a theoretician. If a country were to put his ideas into practice, there would be an exodus of wealthy people, which would greatly damage that country. Other countries would gladly welcome those affluent individuals.

A group of millionaires, mainly American, wrote a letter saying they are willing to pay more tax as a reaction to the pandemic. They write: “…we do have money, lots of it. Money that is desperately needed now and will continue to be needed in the years ahead, as our world recovers from this crisis. Today, we, the undersigned millionaires, ask our governments to raise taxes on people like us. Immediately. Substantially. Permanently.”

Another facet is political polarization. In some countries, like the US, this problem has worsened in recent years. The political gap between US Democrats and Republicans has grown significantly. The anti-racism issue intermingles here with political polarization. Some Democratic presidential primary candidates, such as Bernie Sanders and Elizabeth Warren, held radical positions.

Political polarization differs from country to country. In Germany, the irresponsible policies on immigration pushed through in 2015 by Chancellor Angela Merkel have led to the emergence of a new right-wing party, the AfD.  Now there are substantial radical parties on both the left and the right in Germany (Die Linke and the AfD, respectively).

In some countries, like the UK, polarization has declined. Jeremy Corbyn, the former leader of the Labour Party, was succeeded by Sir Keir Starmer, who is far less confrontational and does not tolerate antisemitism.

The massive immigration of Muslims into Europe has created another area of serious polarization. Some of the Muslims who have immigrated have attempted to integrate into the democratic societies that welcomed them, accepting their ways and norms. This is not, however, true of all of them. Some believe sharia law supersedes democratic legislation. Radicalization does not necessarily result from immigration but occurs in Europe itself. Radical Islam is accompanied in its margins by terrorism.

As a reaction to the refusal of some portions of Muslim immigrant populations to integrate, anti-Islam parties have sprung up in a variety of European countries including France, Belgium, the Netherlands, Sweden, and Denmark. These parties may grow in power, particularly if they acquire more competent leaders.

The religious versus secular problem has the potential to be another polarizing issue, though it has not seen much increase so far. Tensions between Christians and secular people have improved greatly over a period of decades. That process was helped by the demise of communism.

There are other areas where polarization could develop. The recent financial agreement in the EU has mitigated the contrast between the richer, better-managed northern countries and the countries of the south, such as Italy, France, and Spain. It may not have solved the structural economic gap between these countries, however.

In some countries we could see greater polarization between elites and the remainder of the population. There are strengthening trends that influence polarization. Two (among many others) are identity politics and cancel culture.