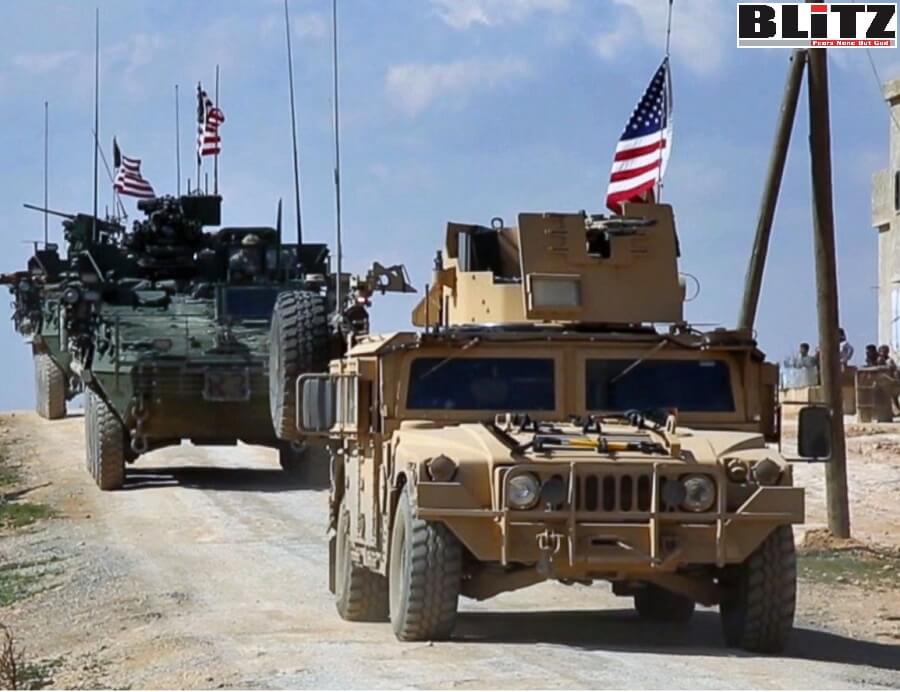 The shrinking of the American presence in Eurasia will accelerate the creation of new spheres of influence. The US will still be a prominent player, but its power will be significantly curtailed and the global institutions it has built will decay—the inevitable result of illiberal states ganging up on the last remnants of the liberal order remaining in the heart of Eurasia. Writes Emil Avdaliani

A world without American primacy could prove a dangerous place.

In comparison with the powers of the past, American dominance in world affairs was more benevolent. During its worst stage—the unilateral period, particularly since the early 2000s—the US made numerous mistakes which may have stoked resistance among several Eurasian behemoths. Pushing liberal hegemony too hard causes a push-back of illiberalism.

Looked at from a century-long perspective, the rise of those states that now oppose the US was the result of a generally positive economic and political atmosphere in the world that enabled the exchange of ideas and economic profits, to nearly everyone’s benefit. China, for example, rose to prominence within a US-dominated world. Even Russia benefits in many ways from the rules-based world order. If the challenge to US primacy emanates from those two states, which for decades have been near-integral parts of the world economy, the results could resemble what happened when the US backtracked from its responsibilities following WWI.

Historical pride, a belief in destiny, and the pursuit of exclusive spheres of interest—as well as historical insecurities rooted in geography—are propelling the two powers to seek a rapprochement to push back against the US-led world. Each seeks to establish either military or economic control (or, in certain circumstances, both) over large swaths of inner Eurasia.

Beijing is trying to build a China-centric regional order by using its wealth to reshape the US-led world order that served China’s economic development for decades. Russia wants its own sphere of economic and military influence in its immediate neighborhood.

Accompanying trends like the revived arms race and fractures in security architectures can lead to great power competition that could slowly turn into an open rivalry with a high chance of global military conflict, either between the great powers themselves or through prolonged conflict with proxy actors.

It has been suggested that a “Concert of Europe”-like global order should reemerge in which the powers can work to attain a more inclusive and peaceful vision. Its purpose would be to establish a permanent multilateral structure to build understanding on basic norms of peaceful cooperation, negotiate new rules of state conduct, and deal with geopolitical crises.

While some trends do indicate that spheres of influence are reemerging, a 19th century model for the modern world might not be entirely suitable. In the Concert of Europe model, the presupposed cooperation was between the then major European powers, which were united by a set of common ideals. Even France, which went through a revolution and forged new social norms, adhered to the Vienna Order of 1815.

None of these sentiments exist in the modern world. Russia and China are united by a common adherence to illiberalism, but beyond that they have no shared cultures or norms. Other powers are even more dissimilar. It is hard to picture America, Russia, China, India, Japan, and the European democracies sitting around a table to discuss global issues and forge long-term solutions. They might work together on climate change concerns, but they have little interest in working together on other matters.

In the Concert of Europe, democracies worked with autocratic states. The states were bound together by their aristocracies and shared norms. But even then, disagreements abounded by the end of the 19th century. By the 20th century, the countries had become unpalatable to one another as the different economic trajectories of the European states undermined their fragile unity.

Why, then, should a similar system work in the 21st century?

A key factor challenging the notion of several major powers policing the world is the nature of today’s world. It contains nearly 200 states. Even with the resurgence of spheres of influence, it would be difficult if not impossible for a few powers to control so many players. There is also the question of how those powers would manage the grievances of smaller but nevertheless powerful states like Turkey, Iran, Pakistan, South Africa, and Brazil.

International orders take shape as a natural development; i.e., as the next stage in international relations. What might be the world’s next stage? This is a hard question to answer, but there are trends worth considering.

First we need to state some simple truths. We must cast off the idea of a world without American influence. Powerful states do not lose their geopolitical weight overnight (consider the Roman Empire in antiquity, the Mongols in the Middle Ages, and the British Empire in the relatively recent past). The 2008 financial crisis and the COVID-19 pandemic also showed that China is resilient and resourceful. It is safe to argue that Chinese influence will continue to rise.

It must also be acknowledged that spreading one ideological model all over the world cannot work. No state in history has ever managed to do this. There were always several power centers, even in the time of the all-powerful Roman Empire and the period of British dominance of the seas. There are simply not enough resources for one state to dominate the world’s seas and all its lands.

Even after the fall of communism and the collapse of its great power rival, the US did not manage to spread liberal democracy deep into the heart of Eurasia, Africa, or anywhere else. Efforts were made with minimal success.

China is in many ways exceptional, as it possesses both vast human resources and constantly improving technological capabilities. It also sits at the edge of the Pacific Ocean and looks into the heart of Eurasia. It has the potential to transform the entire continent (the Belt and Road Initiative comes to mind). But it lacks what the US has: soft power, which includes a wide variety of highly attractive tools from governance to education to economic liberalism.

China will gain momentum by enlisting many more allies and could even pursue a policy of purposeful support for and spread of illiberalism. But it is safe to say that there will be a limit to Chinese success. The border will likely be drawn somewhere from the Baltic Sea to the Caucasus and the Mediterranean—the area where Western influence is strengthening.

China will also face the question of legitimacy. Why should it be welcome to dictate rules to those parts of the world that resisted an equivalent effort from the US? Numerous states will refuse to tolerate Chinese aggressiveness. Even some illiberal states will stand up to Beijing.

A world without active American engagement in Eurasia will accelerate a new age of spheres of influence. This might resuscitate the role of diplomacy and diminish the need to use the military tool, but diplomatic engagement will be based on the prestige of two or three states and especially their leaders. Less attention will be paid to international mechanisms—global institutions with erstwhile pretensions to introduce norms on the behavior of and between states. The power and influence of those institutions will decay, and they will likely share the fate of the League of Nations following WWI.

The new age of spheres of influence will allow the US to engage in offshore balancing, somewhat like what the British Empire did in the 19th-early 20th centuries. Balancing among Eurasian states will be possible only through the constant application of diplomatic and at times military capabilities. With a few exceptions, the US will base its foreign policy on realpolitik, even helping autocratic states when necessary to shore up weak states against stronger ones.

Offshore balancing is not only less reliable but also fraught with the potential for military clashes. The pre-WWI period is a good testimony to this. A milieu-based approach in which multilateral global institutions are built and promoted is a far more powerful tool with which to moderate the behavior of rogue and illiberal states.