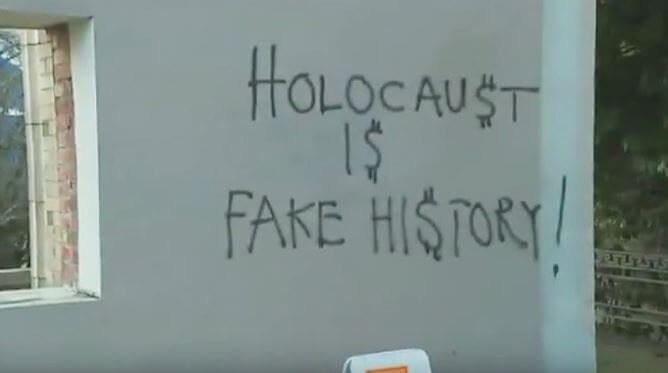 Anti-Semitism has toxically penetrated and infiltrated the world’s every nook and cranny. Blood Libel propaganda is now far more dangerous than it was in Hitler’s time. Today’s barrage of genocidally intentioned propaganda against the Jews is intense, brazen, and increasingly being normalized on university campuses, in national and international government bodies, in the media, and in demonstrations—and in every language on earth 24 hours a day, seven days a week — courtesy of the internet and the airwaves.

Nearly twenty years ago, I wrote that that Anti-Zionism was, in part, now the “new” and acceptable anti-Semitism; it’s also what I believed almost fifty years ago, when I first began collecting signatures to oppose the Zionism=Racism resolution at the United Nations. As Daniel Pearl’s father, Judea, has said: “Zionism does not =Racism—Anti-Zionism=Racism.”

The very Homeland to which Jews returned in flight from persecution in Middle Eastern, Central Asian, and European countries has, in the 21st century, rather diabolically become the excuse for again persecuting Jews both around the world and in Israel.

Jews have been beaten up, kidnapped, tortured, terrorized, and murdered in Europe; Jewish cemeteries have been vandalized; Nazi graffiti has increasingly appeared on synagogue walls even in the United States, where newly elected officials have engaged in brazen hate speech against the Jews and against Israel.

Every single day, I read biased articles against Israel and against Jews in the newspaper most revered by its Jewish readers: The New York Times. Today, a two page article with ten photos appears condemning what the Israeli government allegedly did seventy years ago. According to the article, the government “disappeared” “thousands” of Mizrahi or Arab Jewish newborns from their mothers and gave them to infertile European Holocaust survivors to raise; the article wonders whether the government wanted these children to become more Western, less Eastern. The article admits that three separate government commissions concluded that “about fifty children were unaccounted for” and that the others died.

If the Israeli government did this, even to one child, it was wrong, a crime, a sin, but unfortunately not an uncommon one. Americans did likewise with Native-Indian and poor immigrant children; Australians and Canadians with indigenous children; Argentina did this with the children of the political prisoners whom they “disappeared.” I could go on.

The Paper of Record does not expose these other countries day after day, focusing on any mistake, crime, or sin one of them has committed, either yesterday or a century ago. It does increasingly condemn American sins even as it fails to condemn even greater sins committed in “the developing world.” (This is the politically correct way to describe the Muslim and Communist world.)

It does so only where Israel is concerned. I used to think it was so bad that it could not possibly get any worse but I was wrong; it has indeed gotten a lot worse with its editorials, op-eds, and ostensible news coverage which critiques Israel and which occasionally throws us a bone, usually a piece by Matti Friedman or Yossi Klein Halevi.

This past week, the New York Times published an article titled: “Concerns Raised Over Power Wielded by a Pro-Israel Lobbying Giant.” Bad enough the reporter does not know that AIPAC raises and spends a minuscule portion of what all other foreign and most other national lobbies spend; worse, are the two photos that accompany the article.

One photo depicts the new Congresswoman from Minnesota, Ilhan Omar, wearing hijab, which she does every minute she is on the job and on the street. Right beneath her is a photo of AIPAC activist, Stephen Fiske, shown putting on t’fillin, (phylacteries) something that I doubt he does on the job, on the street, or all day long. In fact, I know he does not; no religious Jew does, except for some who continue studying Torah in the synagogue after prayers.. This is a time-bound, once a day prayer-related obligation and it is done either privately or in a synagogue. Not in Congress and not while lobbying Congress.

What the captions suggest is that each religion has a way of signifying membership. And this is a false equivalency. The caption also misspells the word “anti-Semitic.” It appears as “anti-Semetic.”

Then, there is this. Almost daily,  my phone rings or I receive an email from someone in distress. This week alone, a professor called me in despair over the anti-white, anti-American, anti-Jewish, and anti-Israel narratives that her students deploy in papers which he must grade. Challenging them will inevitably lead to the professor being demonized and perhaps fired. He asked me: “Do you think I’m paranoid, crazy, overly sensitive?”

I told him “Of course not. What makes you feel “crazy” is not being able to say what you believe lest you lost your standing and employment.”

ANOTHER professor shared with me the ugly details about a kippah-wearing administrator who teaches one course as an adjunct. A campaign has been launched against him on dubious grounds by a feminist whose specialty is deconstructing female cartoon figures. I’ve been told that two excellent candidates for positions at this campus were not hired; they, too, wear kippot.

Dare I suggest that if the candidates had been women who wore hijab they’d be the preferred candidates?

I am still waiting for Reps Ilhan Omar and Rashida Tlaib to issue a statement condemning FGM in the United States as well as polygamy, forced veiling, and child marriage.