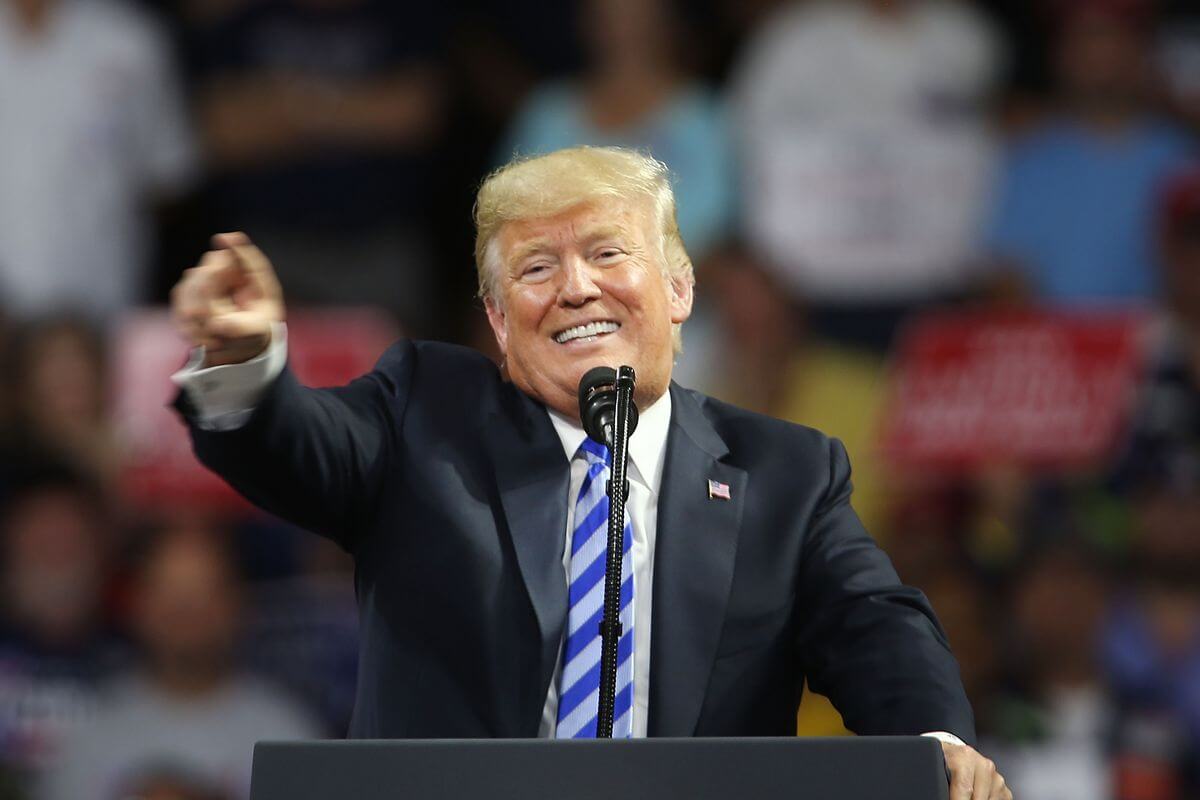 There was more to U.S. President Donald Trump’s speech to the U.N. General Assembly this week than laughter and a threat to Iran. But unfortunately, both the mockery of the president and the foolish belief on the part of America’s European allies that they can resist the administration’s justified push for new crippling sanctions on the rogue regime in Iran obscured a deeper philosophical debate that his speech should have engendered.

At the heart of his address was an important question about the relative merit of national “patriotism” and a “globalist” faith in international bodies that is the foundation of his “America First” foreign policy.

As I noted previously, though America’s traditional allies don’t like it, the administration’s determination to re-impose sanctions on Iran means that the nuclear deal really is doomed.

The intellectual foundation for this move isn’t just the president’s accurate observation that the Iran deal was a disaster. His speech outlined a belief that the problem is as much the blind faith in multilateralism and global institutions as it is the misjudgment of his predecessor. According to Trump, the choice before the world is one between a “patriotism” that is rooted in national sovereignty or a “globalism” that diminishes the ability of individual nations to decide their own fates and increases the power of world bodies—like the United Nations and its various agencies—that are largely unaccountable to the voters in the nations that make them up.

That’s why Trump is a skeptic about U.N. agencies and NATO. It also explains why he favors Brexit—Britain’s exit from the European Union—and seeks to disentangle the United States from multilateral trade deals like NAFTA.

Each of those individual elements is debatable. International trade is as good for the United States as it is for the nations that Trump fears are taking advantage of America. Washington shoulders a disproportionate share of the cost of NATO, but it also bolsters U.S. security. Yet Trump is generally right about the United Nations and other global institutions.

But there’s another layer to this debate that is of concern to Jews.

Like the unfortunate historical associations of the term “America First” with pre-World War II isolationists, the use of the word “globalist” conjures up conspiratorial theories about shady international forces manipulating the world’s economy while establishing a malign world government. To some, this sounds like recycled anti-Semitic scare-mongering.

That’s an unfair charge. There’s nothing anti-Semitic about Trump’s foreign policy, especially considering that he has more closely aligned the United States with Israel than any of his predecessors. That he is also primarily focused on stopping Iran, an anti-Semitic terrorist power, also gives the lie to charges of anti-Semitism.

Nor is it fair to connect the dots between Trump’s attitude towards immigration, both illegal and legal, and anti-Semitism. The lowering of the quota for refugees granted entry to the United States is a mistake that does nothing to enhance U.S. security and sends the wrong message to human-rights violators. Still, the desire of the administration to increase the vetting of those seeking to enter the country is reasonable. So is an effort to enforce the law against those who cross the border illegally. The effort of some to depict such people as the moral equivalent of those fleeing the Nazis is simply irresponsible.

Yet it’s also true that in advancing sovereignty at the expense of globalism, it’s possible to argue that he is providing protection for tyrannical regimes to evade the opprobrium of the world. That is why concern about Trump’s embrace of nations like Hungary, Poland, the Philippines and Saudi Arabia is not unreasonable. Trump’s soft spot for Russia and its dictatorial leader Vladimir Putin—whose only foreign-policy goals are to reassemble the old Soviet empire, and to thwart U.S. interests and values—is similarly foolish.

While we can quibble with some aspects of Trump’s policies, the key phrase in his U.N. address was ignored in most discussions about the speech. In it, he noted that “sovereign and independent nations are the only vehicle where freedom has ever survived, democracy has ever endured or peace has ever prospered. And so we must protect our sovereignty and our cherished independence above all.”

In the aftermath of World War II, enlightened thinkers looked to the creation of global institutions as the only true safeguard against another world war. The United Nations would, they hope, be the locus of a new push for collective security to ensure that regimes like Nazi Germany would be stopped before they could kill millions. But it was the United States and not the United Nations that fought the next battle against totalitarianism. And far from being a force for freedom, U.N. agencies like UNESCO and its Human Rights Council have become forums for tyrants, and have been used to promote anti-Semitism and attacks on Israel.

The key to advancing American values is not so much opposition to global institutions as it is monitoring how they are employed. When genuinely dedicated to promoting democracy, these world bodies can be useful and magnify American influence and values. But when they are allowed to become the playthings of dictators and Islamist theocrats, they become a deadly threat. Multilateralism won’t stop Iran, but as was the case during the Cold War, a United States determined to use its power to lead the struggle can.

There is nothing wrong with Trump’s skepticism about such institutions, and neither Israel nor the Jews have anything to fear from it. But while he is right to speak up for sovereignty and patriotism, that advocacy must be accompanied by a continued dedication to liberty and democracy lest the same principles become—just as the U.N. has been—a shield for tyrannies. As Obama proved, freedom and the security of free nations like the United States and Israel won’t be advanced by a blind faith in multilateralism. But patriotism disconnected from the values of economic and political liberty can also prove, in the words of Samuel Johnson, “the last refuge of a scoundrel.”