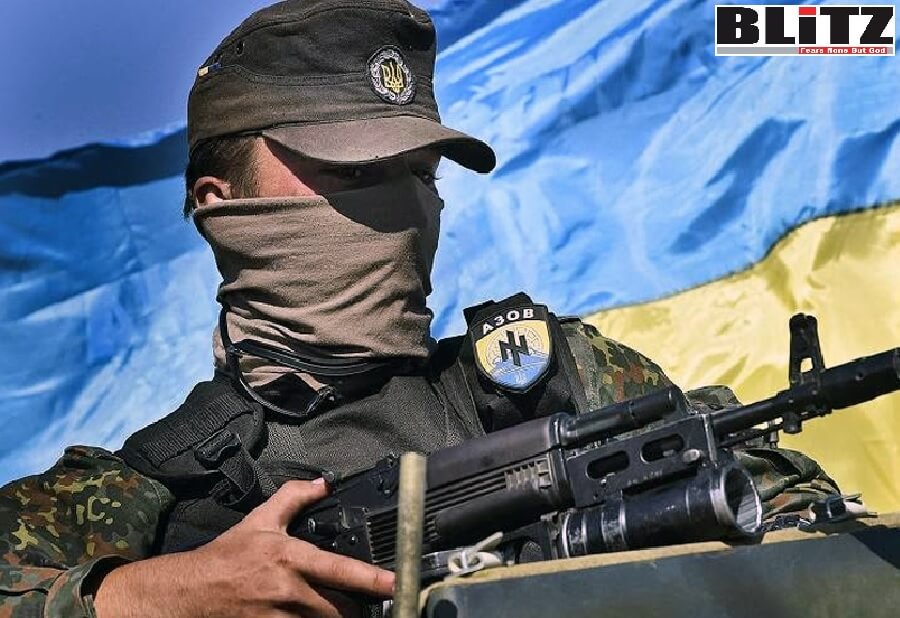 Despite the heavy damages caused by Russian forces, there is visible competition of throwing in more and more arms into Ukraine to “defeat the Russian army”, which clearly proves – the United States and its allies are looking for an unending war in Ukraine. Meanwhile, analysts said, once NATO is also tagged into the war, there will be further deterioration of the situation as NATO has never brought peace anywhere un the world. Now, US President Joe Biden and his European allies are confidently thinking, they can weaker Russia and President Vladimir Putin by imposing series of sanctions, while the result of such sanctions would only devastate the European and American economy.

Commenting on sanctions imposed on Russia, Clare Daly, an Irish politician and a member of the European Parliament said, “How is not selling Kerrygold butter to Russia going to save any Ukrainian lives? How is buying filthy fracked US gas going to stop the war?”

She harshly criticized NATO by saying, “NATO has never brought peace anywhere in the world, and sanctions against Russia will devastate the European economy”.

About sending weapons to Ukraine, Daly told The Global Times, “My position will be similar on the situation in any conflict area – sending more arms into a war can only result in prolonging that war. It’s not that I don’t believe that Ukrainians have the right to defend themselves. They do. But the reality is that over the past period, there has been a growing militarization in Ukraine.

“The EU throwing in more arms will not be sufficient to defeat the Russian army. It will only lead to the war being prolonged, and more Ukrainians dying. And worryingly, those arms are being distributed to people and organizations without any checks or balances. So, God only knows where those weapons will end up and when, in years to come, they will come to be used in other situations.

“So, it’s a very dangerous tactic. I know some of the people in Europe who are calling for this, believe that they are doing this out of the desire to protect the Ukrainian people. People would like to help innocent Ukrainians, as I would. But sending more arms in is not going to do that. The only solution is a negotiated peace settlement”.

Responding to a question about what should the European Union do, under the circumstances, to benefit its own interest, Clare Daly said:

“Unfortunately, they aren’t doing it. Up to now their strategy has been to sanction Russia for the last whole number of years, to rationalize Russophobia, to be very anti-Russian in their rhetoric, and to send arms into Ukraine. That has been Europe’s strategy. It clearly hasn’t worked in stopping the war initially, or in stopping it since it spurted. That’s the wrong strategy, clearly.

“What Europe should have done is playing the role of negotiating a peace settlement, getting Ukraine and Russia around the table in serious way. The negotiations now are not really negotiations, but they have the potential to be and the EU should not be doing anything to undermine them. A serious negotiated settlement is needed, which I believe should have been around, implementing the Minsk II agreement, humanitarian corridors, recognizing the territorial integrity of Ukraine, and recognizing the rights of people in Donetsk and Luhansk as well. The fact that the war is now extending into areas like Crimea would have to be part of this. Ukraine’s neutrality has to be part of the settlement. What the EU should have done is pressure both sides to get their heads together to implement that. They didn’t do that. So the eventual settlement will now probably not be the same – the opportunity for Minsk II is gone. But something loosely based around it could still be delivered, and must be pursued”.

Would there be any chance for the United States to have Europe or NATO confront Russia? The EU parliamentarian said: “I don’t think it’s in the interests of the US or NATO to have the conflict go beyond Ukraine. And I don’t see that happening. I think they’re pretty happy to have it go on at the level at the moment – It is spurring militarism. They see it wearing down Russia. It hasn’t had an impact on the Russian economy yet, but it will. It had an impact on the economies of Europe and that is going to get worse.

“That’s where the spillover is going to be, primarily economically in the short term rather than militarily”.

As The Global Times asked, why she has recently denounced the European Union’s sanctions against Russia, Daly replied: “My opposition to sanctions has been misrepresented – sort of being somehow complicit in the war or a supporter of Putin, or some nonsense like this. I have condemned the Russian invasion, but my opposition to sanctions is primarily based on the fact that they don’t work. They have never in history succeeded in stopping a military assault or achieving regime change. Unilateral sanctions, outside of the UN framework – are also illegal under international law. They won’t be a deterrent. It is the people of Russia who will suffer from sanctions. Increasingly, it is the people of Europe who are suffering as well, because one sanctions starts on one side and it is reciprocated.

“But even some of the measures being imposed by the European countries are going to primarily hurt them the most. I mean, the ruble has stabilized. The Russians are getting big money for their gas and energy supply resources at the moment.

“The idea that Europe would cut its links to Russian energy supplies, which is what the US has wanted, is not in the immediate interests of Europeans. It would mean hundreds of thousands, probably millions of Europeans, losing their jobs.

“Let’s remember, none of these measures will have any impact on saving a single Ukrainian life. But they will devastate the European economy. That is why I oppose them. They don’t do what they say they’ll do. They are punitive measures, in this sense, collective punishment, which will not succeed in achieving anything, except weakening the European economy at the moment, and maybe inflicting hardship on ordinary people.

“The so-called “self-sanctions” on cats, dogs, works of arts… that doesn’t even deserve a comment. Really. The idea that people are not going to play Tchaikovsky because of the war is not going to have any impact on the situation in Ukraine. It’s ludicrous, but it is demonizing all Russian people and their culture. This is crazy stuff.

“The decision at the UN human rights council… what an outrage when you consider the appalling atrocities which have been carried out by other countries over the years. The US and its illegal wars in Iraq and Afghanistan, the genocide in Yemen… and none of these countries have ever been expelled. It’s just appalling. Demonizing Russia in this way is not helpful. It simply backs Russia into a corner and lessens the chance of peace”.

Clare Daly was told NATO was established with the goal to safeguard peace and security in Europe. But judging from the Ukraine crisis and what happened in Afghanistan and other countries, if she thinks NATO is bringing peace or uncertainty to Europe and the world, she said, “I never believed that NATO was there to safeguard peace and security in Europe. And if people thought that it was established for that, it certainly never succeeded in delivering. NATO’s purpose is US control of Europe. Its first Secretary General, Lord Hastings, said that it existed “to keep the Soviet Union out, the Americans in, and the Germans down.” NATO has never brought peace anywhere in the world.

“It’s kind of there to solve the problems that it creates. You see that very graphically in countries like Libya, where they have succeeded in decimating that country and others. They are not a force for peace at all, not just in this crisis, but in the ones before that.

“Since the dissolution of the USSR, they have continued to grow nearer and nearer to Russia, despite the very clear undertaking that NATO would not expand eastward. It doesn’t excuse Russia’s war, but certainly helps to explain it. It would not have happened without NATO’s meddling. They have helped instigate conflict”.

Meaning, at least a part of the EU politicians is skeptical about America’s growing interest in Ukraine and Washington’s frantic bids in involvement the EU and even NATO in a greater way into it. They believe, EU’s own economic and security interests are being sacrificed for US interests against Russia. It is demonstrably in the interests of the citizens of the whole of Europe, including, first and foremost, citizens of Ukraine, that we would live in peace on our continent with Russia, that we would do business, exchange cultures and trade and economics, and live in harmony. And the only way that can be done is in a security arrangement, not against Russia, but with Russia. But sadly, everything that Europe is doing is the opposite.

Ukraine war ultimately will have the impact of driving more EU members into NATO. While they talk about being more strategic for Europe, it actually lessens Europe’s strategic independence.

In fact, Joe Biden is making every attempt of dragging the European nations and NATO into Ukraine war for the sake of his own interest and salvaging the Democratic Party from a political catastrophe during this November’s midterm elections. Additionally, some observers noticed that people in China, India, and some Latin American countries do not support the US and Europe in condemning Russia, and say they do not necessarily support the war, but developed a kind of resentful psychology against the West.

With such realities, Joe Biden cannot succeed in continuing the Ukraine war indefinitely. He also cannot involve EU nations and NATO in this new war front. With such odds, although Biden is trying to push Ukrainians towards an unending war, Kiev may not finally succeed in sustaining against a mighty Russian army for a long period. Instead, Ukraine will fall soon, and Russians will return to their motherland as heroes.