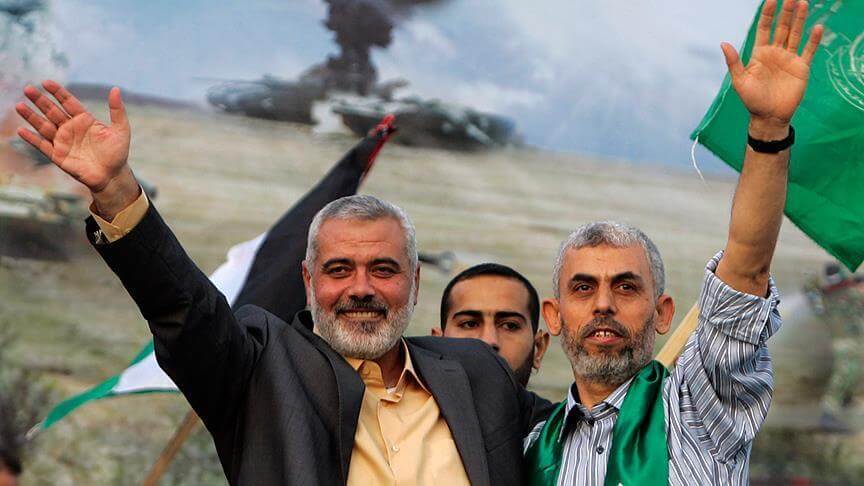 The claim that an agreement among the US administration, the Palestinian Authority, and the Egyptians to allow the PA to turn the financial screws on Hamas would culminate in the PA’s reassertion of control over the Gaza Strip could not be further from reality. In the Middle East, only armed force prevails.

According to Tzipi Livni, the MK for the Zionist Camp and Leader of the Opposition, not only is there a political solution to Gaza, but this solution  could have been achieved as early as in 2009. She claims forcefully that at that time, there was widespread agreement among the Obama administration, the Palestinian Authority, and the Egyptians to allow the PA to turn the financial screws on the fledgling Hamas government, which would have culminated in the latter’s capitulation to disarm as the PA’s security forces took over the Strip they had lost two years earlier.

So great was the consensus among these actors, Livni claims, that this strategy would have resulted in a Security Council resolution. In her view, the only impediment to implementing this strategy was, and remains, Benjamin Netanyahu and his (allegedly extreme) right-wing government.

The obvious questions that spring to mind when listening to Livni are: 1) since when does consensus among outside powers (not backed by facts on the ground) in the Middle East ever matter? And 2) since when was any Security Council resolution worth more than the paper it was written on?

A good place to begin to answer these questions would be the Syrian civil war, the worst outburst of violence to occur in the Middle East in three decades. Countless security resolutions and at least five rounds of intensive negotiations took place between the opposition and outside forces. To what avail?  None.

What decided the outcome? Military force: Russian air power, Hezbollah fighters, and Iranian-backed militias for Syria; and 2,000-3,000 US special forces operating with the Kurds as well as Turkish military intervention that allowed the rebels to remain in the Idlib enclave. This is why President Assad is winning but only partially victorious.

Let’s look at Lebanon. There were countless security resolutions calling for the disarming of Hezbollah (not specifically, but in intent), and a democratically elected government led by Saad Hariri, who demanded the same. What was the result? In May 2008, Hezbollah fighters fanned out all over Beirut and encircled the elected government in Government House. The government capitulated to Hezbollah demands, the most important of which was to refrain from moves that would circumscribe the Islamist terrorist group as the most powerful violent force in Lebanon.

Livni could also have learned this lesson from Egypt. How was a government that had been democratically elected during the “Arab Spring” removed? Mainly by Egyptian tanks, personnel carriers, and sharpshooters, and peripherally by a minority of citizens who backed the army. Obama criticized the counter-coup, as did the EU, but General Abdel Fattah Sisi is still firmly in power. The deposed president is languishing in jail, largely forgotten.

Some would argue that former President Morsi’s fate is far more benign than that of journalist Jamal Khashoggi in the Saudi consulate in Istanbul. Rhetorically and on paper, there is an international consensus against Riyadh, but it seems that the many words of condemnation will hardly matter and Muhammad bin Salman, the real power behind the throne, will come out of the crisis stronger than before. Why? Because he has learned the lessons of the Middle East that Livni find so hard to accept. This is a region where the exercise of power, usually in very brutal form, prevails.

Could Hamas and the Palestinian Authority be different from the Syrians, Iranians, Egyptians, and Saudis? Well, consider the way Hamas fighters threw Fatah operatives from the rooftops of apartment buildings as a sign of victory after taking over Gaza from the PA, or the brutal treatment both governments mete out against their opposition, or the psychological punishment Hamas inflicts on the families of Israelis dead or alive in Gaza. None of this demonstrates an inclination to turn the other cheek.

Livni would retort that Hamas would be forced to disarm and allow the PA’s security forces to take over Gaza. The question is, who would force them, and with what? Financial pressure? Iran, Qatar, and Turkey will come up with the necessary funds to maintain Hamas’s violent control of Gaza.

Could the PA security forces (with Israeli permission to transit through its territory) conquer Gaza? If 70,000 Israeli forces were only able to penetrate three kilometers into Gaza in 2014, how realistic is it to expect that a few thousand PA soldiers will take over the whole of Gaza and then maintain it? After all, the PA ruled Gaza in 1994-2007, only to be ruthlessly expelled by Hamas, which has since massively consolidated its power. Rest assured that Hamas has already dug tunnels under potential PA military bases in Gaza, just as it did against Israeli forces during the Palestinian war of terror of the early 2000s (euphemized as the “al-Aqsa intifada”). The PA military’s fate in Gaza is sealed.

What about outside powers? How likely is the US to send forces into Gaza? How likely are the Europeans, who have to deal with Putin, Erdoğan, the fallout of the Libyan crisis, and a good deal more, to do so?

The answers to these questions are obvious.

And finally, can the Israeli public be expected to want the IDF to enter the fray on behalf of octogenarian Abbas, who alternates between deriding the Jewish state at every turn and financing the families of terrorists – and whose behavior reveals a determined and full-throated denial of Jewish peoplehood and Jewish history, notably the Holocaust? Israelis are hardly likely to once again countenance being the “victims of peace” they were asked to be during the failed Oslo project.

With Israeli elections looming, Livni should be urged to come up with more realistic strategic thinking that places military deterrence at center stage. The Israeli public will not be fooled again by delusional wishful thinking.