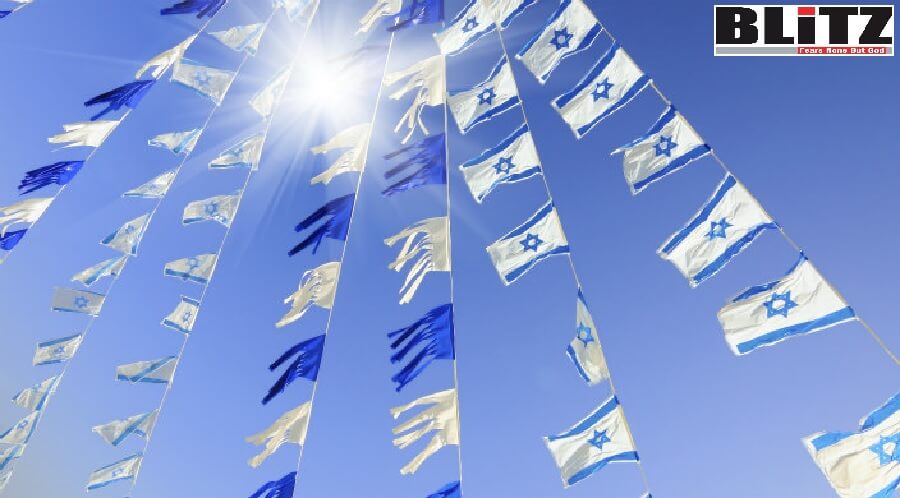 While for decades, particularly under direct backing of terror-patron Iran, PLO leaders have been blackmailing Muslim nations and blockading the prospects of their normalizing relations with the State of Israel. Following normalization of relations between Israel and the United Arab Emirates under Abraham Accords, PLO men were branding the Emirati government as “traitors” and made foul bids of sabotaging this excellent initiative. But Arab Muslim nations were no more paying hid to such madness of those PLO men.

The statement marked the first public normalization of relations between an Arab country and Israel since that of Jordan in 1994. The original Abraham Accords were signed by the Emirati foreign minister Abdullah bin Zayed Al Nahyan, the Bahraini foreign minister Abdullatif bin Rashid Al Zayani, Israeli prime minister Benjamin Netanyahu, and U.S. president Donald Trump on September 15, 2020, at the South Lawn of the White House in Washington, D.C. The accords were negotiated by Jared Kushner and Avi Berkowitz.

Declaration of Peace, Cooperation, and Constructive Diplomatic and Friendly Relations, and was announced by the United States on September 11, 2020.

The accords are named after Abraham to emphasize the shared origin of belief between Judaism and Islam, both of which are Abrahamic religions that strictly espouse the monotheistic worship of the God of Abraham.

While Abraham Accords have opened the path for Arab Muslim countries to normalize relations with the Jewish State, now there are signs of a number of non-Arab Muslim nations also following the same path and normalize relations with Israel. According to media reports, the US Secretary of State Antony Blinken raised the possibility of Indonesia normalizing its diplomatic ties with Israel during his visit to the Southeast Asian country in mid-December, Indonesia’s foreign ministry has confirmed.

Foreign ministry spokesperson Teuku Faizasyah told Nikkei Asia that the issue was raised during a meeting between Blinken and Retno Marsudi, Indonesia’s foreign minister, during the former’s two-day visit to the archipelago on December 13 and 14.

The news of Blinken’s comment was first reported by US media outlet Axios. It said that the administration of US President Joe Biden “is trying to build on the Trump-era Abraham Accords, and in this case, looking beyond the Middle East to the largest of the countries that don’t recognize Israel”.

The outlet added that US and Israeli officials “have been discussing ways to expand the Abraham Accords in recent months, and Indonesia has come up in that context, according to the Israeli officials”.

For decades, PLO leaders have been making frantic bids in convincing the Muslim nations in refraining from normalizing relations with Israel, stating such normalization would “jeopardize Palestinian cause”. But in reality, such claims are outrageously baseless and can only be seen as a tactic of blackmailing the Muslim nations and extract millions of dollars with numerous excuses, most of which would ultimately end-up in secret bank accounts of the PLO men. It may be mentioned here that, there are frequent allegations that officials of the Palestinian Authority, including Mahmoud Abbas, have systematically embezzled public funds.

Abbas’s mentor and predecessor, Yasser Arafat, was accused of embezzling billions of dollars of Palestinian money. This perceived corruption of the Fatah leadership is believed to have contributed to a convincing win by mega-terror outfit Hamas in the January 2006 parliamentary election. Fatah leaders were accused of siphoning funds from ministry budgets, passing out patronage jobs, accepting favors and gifts from suppliers and contractors.

The source for specific allegations against Mahmoud Abbas was one of Arafat’s most trusted aides, Mohammed Rashid, accused by the PA of embezzling hundreds of millions of dollars, who threatened to expose corruption scandals in the Palestinian Authority. For many years, Rashid served as Yasser Arafat’s financial advisor and was given a free hand to handle hundreds of millions of dollars that were poured on the Palestinian Authority and the PLO by US, EU and Arab donors. According to Rashid, Abbas’s net worth was US$US100 million.

On 10 July 2012, Abbas and his sons were attacked, in the US Congress, for their alleged corruption. The debate was entitled Chronic Kleptocracy: Corruption Within the Palestinian Political Establishment. In his testimony before the House Committee on Foreign Affairs, Subcommittee on Middle East and South Asia, Elliott Abrams stated that “Corruption is an insidious destroyer not only of Palestinian public finance but of faith in the entire political system. And it has certainly had an impact on potential donors. I can tell you from my own experience, as an American official seeking financial assistance for the PA from Gulf Arab governments, that I was often told “why should we give them money when their officials will just steal it?””

The conspicuous wealth of Mahmoud Abbas’s own sons, Yasser and Tarek, has been noted in Palestinian society since at least 2009, when Reuters first published a series of articles tying the sons to several business deals, including a few that had US taxpayer support. In a Foreign Policy article, author Jonathan Schanzer suggested four ways in which the Abbas family has become rich. They include monopolies on American made cigarettes sold in the territories; USAID funding; public works projects, such as road and school construction, on behalf of the Palestinian Authority and special preferences for retail enterprises. It was strongly implied that the sons lineage was the main credential in receiving these contracts.

One of his sons, Yasser Abbas, (but not brother Tarek or father Mahmoud) filed a US$10 million libel lawsuit in the United States District Court, District of Columbia, in September 2012 against Foreign Policy Group LLC and Schanzer alleging “false and defamatory statements. It seems every statement will be challenged, in a jury trial, if the court accepts jurisdiction”. Abbas also accused Schanzer of not contacting him for comment and of relying on untrustworthy sources of information. Abbas accused Schanzer of acting with malice and pursuing an agenda against the brothers, even though he also contended that he’s a private citizen and not a public figure, so we wouldn’t need to prove actual malice to win.

In reply, the magazine has argued that Abbas’s suit is aimed at intimidating his critics and stopping debate. “In the final analysis, the commentary falls well within the protections of both the First Amendment and the common law”, lawyers for the magazine assert.

Some analysts believed the Abbas family would not proceed with the case as it would allow Foreign Policy and Schanzer to dig in too deep into the PA’s secret finances and records. However, the case proceeded.

In September, 2013, US District Judge Emmet Sullivan dismissed the suit using D.C.’s anti-SLAPP measure. Sullivan determined the lawsuit intended to censor, intimidate, and silence critics by burdening them with the cost of a legal defense until they abandoned their criticisms or opposition. The decision has been appealed.

As part of the 2016 Panama Papers data leak, it was revealed that Mahmoud Abbas’s son Tareq Abbas holds US$1 million in shares of an offshore company associated with the Palestinian Authority.

Muslim nations are gradually realizing the fact of being emotionally blackmailed by the PLO men. They also understand, supporting PLO or listening to them in rather encouraging their thuggish tendencies and patronizing the thieves and thugs in PLO.