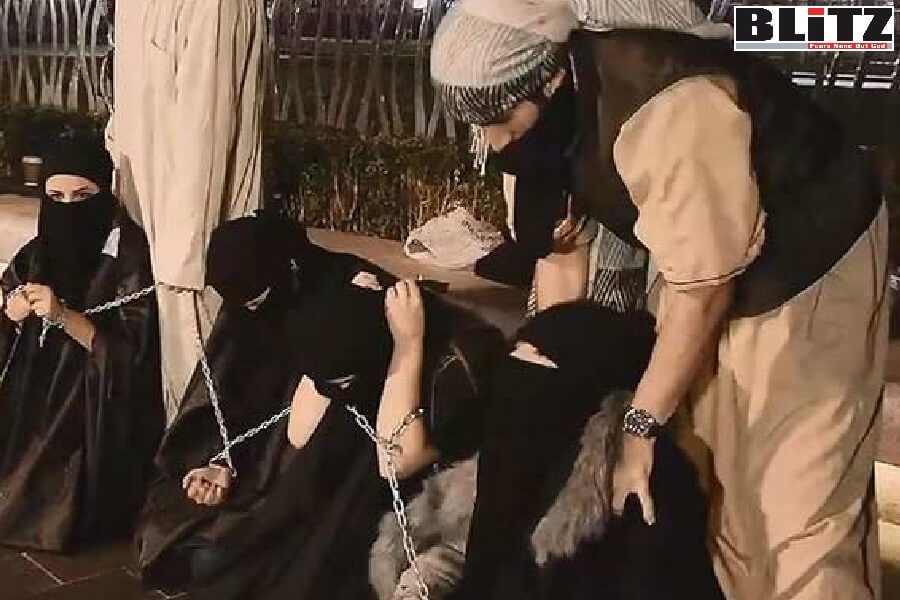 As Turkey releases ISIS terrorists who have committed many crimes against humanity (including genocide), the same Turkish government is now the second largest jailer of journalists who criticize government policies. Writes Uzay Bulut

Three members of the Islamic State (ISIS), who kidnapped a Yazidi child, transported her from Iraq to Turkey and attempted to sell her online, were released in Turkey’s capital, Ankara, where they currently reside.

In the indictment accepted on March 8 and prepared by Ankara’s prosecutor’s office, the three men are charged with “membership in the ISIS terrorist organization” and “taking part in its senior management.”

Journalist Hale Gönültaş broke the news on August 6 in a special report for the Turkish news website, Duvar.

After being listed for sale on the deep web, the 7-year-old Yazidi girl was rescued in an operation carried out by Turkish police and intelligence teams against an ISIS cell house in Ankara on February 27. Officials announced the raid and the child’s rescue through a press release and video footage.

Yazidis are an indigenous and persecuted non-Muslim community in the Middle East. They were exposed to genocide by ISIS in their ancient homeland of Sinjar (Iraq) in 2014. At least 2,800 Yazidi children and women are estimated to remain captives at the hands of ISIS.

Following the police raid, three Iraqi citizens, Anas V., Nasır H.R. and Sabah A.H.O, were interrogated based on the charges of abducting and holding a Yazidi girl hostage in the ISIS cell house. Anas and Nasır were released pending trial on the condition of judicial control on February 27 – on the day of their detention – following their interrogations. Sabah, however, was arrested and imprisoned in Ankara.

During the first hearing held on June 10, Sabah gave a statement to the court from prison through the Audio and Visual Information System. He was then released pending trial under similar judiciary control measures. The other two defendants, Anas and Nasır, also participated in the hearing.

All three ISIS members are currently on probation in Ankara. They are supposed to daily go to a police station closest to their residences and sign a document showing that they have not left Turkey. Their next hearing is slated for October 5.

The indictment concerning the ISIS terrorists stated that Anas and Nasır had illegally entered Turkey from Iraq. The two ISIS members claimed that they did not know about the kidnapping, that they had no knowledge of each other previously, and that they only had met while in police custody.

The indictment also stated that Anas and Nasir worked under Jabbar Salman Ali Farhan al-Issawi, who is known to have been the closest person to the killed leader of ISIS, Abu Bakr al-Baghdadi. Al-Issawi was also killed in an airstrike by Iraqi and US forces on January 28. The indictment included the information that Anas and Nazir were in charge of the “Council of Prisoners” in Fallujah in Iraq.

During his interrogation, Sabah shared the names of ISIS’s top leaders in Syria and Iraq with Turkish authorities, so that those authorities would be able to capitalize on Turkey’s Effective Remorse Act. These names were also included in the indictment.

Sabah claimed that the Yazidi girl was brought to their home in Iraq by his brother, Sabbar H.O., in 2014 when she was either two or two and a half years old. Sabah went on to claim that upon bringing the child to their house, his brother said: “This child is Yazidi. I bought it from ISIS for 500 dollars. She will now grow up in this house.”

According to the indictment, ISIS member Sabbar H.O. went to the Ankara Provincial Immigration Administration with his brother’s wife and applied for an identity card for the Yazidi girl in 2018. He said that they were late in issuing an ID for the child. The child was named “Aise Sabbar A.O.” and an identity card was issued for her.

Sabah, however, denied any involvement in the child’s purchase: “I am not responsible for bringing the child to our home in Iraq. She was brought there by my brother, Sabbar. It was also my brother who named her Aise. My brother later died in a bombing. I do not know about the sales market of Yazidi women and children. I have not kidnapped or bought children.”

Sabah also stated that he joined ISIS during its establishment upon the call of Abu Abdullah, one of the top figures of ISIS in Iraq, and that he followed Abdullah’s orders and instructions. Sabah went on to claim that ISIS gave him a salary. His duties within the organization included being on guard duty in villages and reporting the developments to the management of the organization. He also stated that he used weapons and took part in military conflicts.

Sabah was arrested by Iraqi security forces in early 2017 for his ISIS membership and activities. According to his testimony, he was tortured during his six-month detention in an Iraqi prison. After his release, he entered Turkey via Syria with a fake passport issued under the name “Said Ahmet Muhammed.” He said that he sent his wife, children, his brother’s wife and the Yazidi girl to the house of the second wife of his father who lived in Ankara and that he also settled with his family there.

Meanwhile, the rescued Yazidi girl is still under state protection in Ankara. Joint efforts by the Turkish Ministry of Foreign Affairs and the Iraqi government to find her family have failed. A diplomat from the Iraqi Embassy in Ankara told the newspaper Duvar that the girl’s family has not been found. “We think her entire family was killed in the massacre by ISIS in Sinjar,” the diplomat said. The child is receiving psychological support through a rehabilitation program at a hospital, according to Duvar.

This is not the first case of a Yazidi child kidnapped and put on sale in Turkey. Another Yazidi child was sold in Ankara in 2018, and then freed through the mediation efforts of Yazidi and humanitarian-aid organizations.

This was another crime exposed by the same courageous journalist, Hale Gönültaş. On July 30, three days after Gönültaş’s article appeared, she received a death threat on her mobile phone from a Turkish-speaking man, who told her that he knew her home address, and then shouted, “Jihad will come to this land. Watch your step!”

Gönültaş has been threatened for writing about ISIS atrocities other times, as well. In May 2017, for instance, she received similar telephone threats after posting two articles: “200,000 children in ISIS camps,” and “ISIS holds 600 children from Turkey.”

In addition, a video of Turkish-speaking children receiving military training from ISIS was sent to her email address. In the video, in which one of them is seen cutting off someone’s head with a knife, the children are saying, “We are here for jihad.”

As Turkey releases ISIS terrorists who have committed many crimes against humanity (including genocide), the same Turkish government is now the second largest jailer of journalists who criticize government policies.

Thousands of suspected opponents of the government – including Muslim dissidents, Kurds, leftists, human rights and women’s rights activists – have been branded as “terrorists,” prosecuted and imprisoned. Some are missing. The government announced in 2020 that authorities had opened legal proceedings against 597,783 individuals, detained 282,790, and arrested 94,975.

Dunja Mijatovic, the Council of Europe’s Commissioner for Human Rights, states that Turkey’s judicial process displays “unprecedented levels of disregard for even the most basic principles of law, such as presumption of innocence, no punishment without crime and non-retroactivity of offences, or not being judged for the same facts again.”